It’s that time of the year again when German bike whimps such as the author prefer anything that can be done inside over The Real Thing: theoretical biking, reading about biking …

Admittedly that’s lame. But then again – it wets the appetite to finally go back outside and for a ride in a few weeks‘ time.

Speaking of an appetite:

Another trigger for riding at some point early next year again will most likely be the weight gain that is due to all that horrible Holiday Season stuffing. Not of any birds. But stuffing myself with cookies and baked things that are part of the Holiday Season fun. 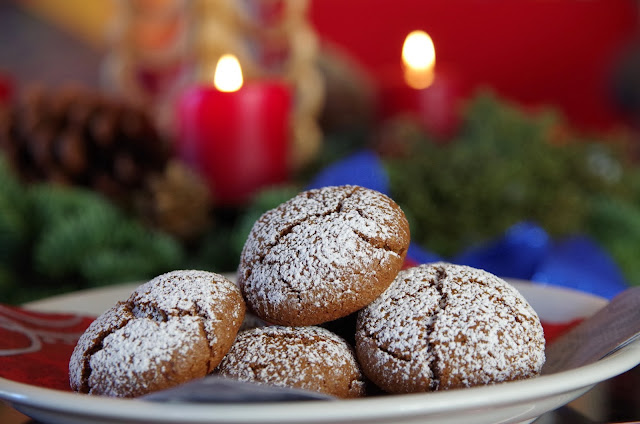 Wintery Christmasy baked jewels even found their way to the West Coast of the United States. Where, to stay within the theme, year-round biking never was a problem: It was pretty wet half of the year, alright, but at least the rain was always warm. So you basically dried the skin of your legs (as you were wearing shorts day-in, day-out anyways) – problem solved.

By the way: Since in a region such as California nobody knows Pfeffernüsse or the likes of them anyways, nobody would ever ask why you ate them during other times than the Holiday Season as well. Especially since they make for very good performance snacks (hey, 50g of almonds for every 300g of sugar – 300 !! grams of sugar??? yikes!).

What a blessed country, indeed, those territories of the Western Frontier!

picture used here is featuring the freshly-out-of-the-oven result of Ralph Knauth, blogger of „Hungry in San Francisco“… hope he doesn’t mind, but they were simply too mouth-watering to look at, but not share here.