Woke up rather early in the morning. And was wondering what the heck was so funny that so many folks had to laugh so hysterically. And could not stop, not even after minutes and minutes. As soon as they had half-way calmed down, apparently someone had to chuckle and giggle again- and all laughing hell broke lose again. Took me some minutes to figure out that I was listening to the morning concert of Larus ridibundus, the common black-headed gull whose German name translates to Laughing Gull … 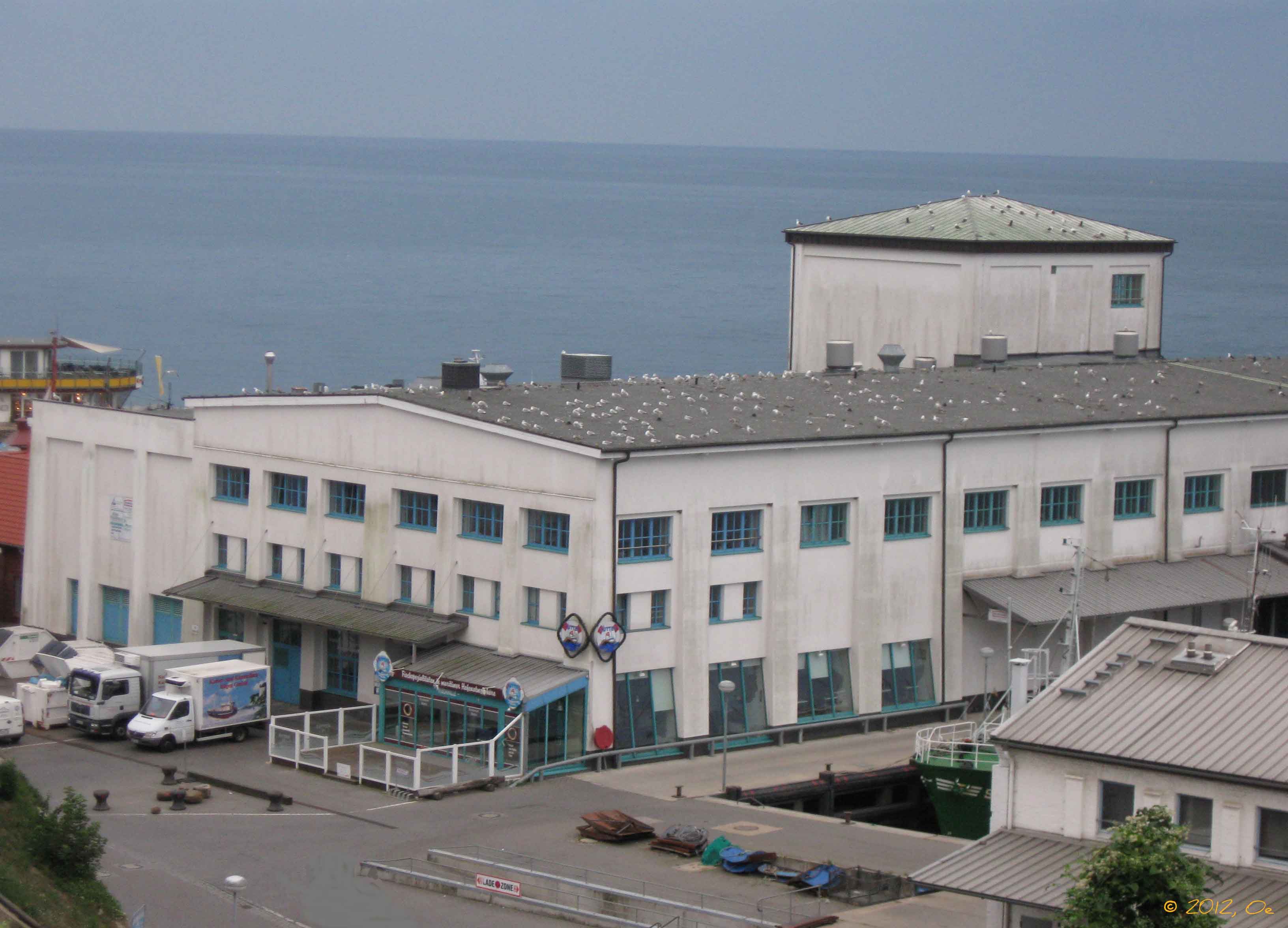 If no more sleep was possible, why not get up and get going rather a little earlier as today’s plan had more than 115K scheduled. Then again: A look out of the window and it was rather quickly determined that the famous white coast of Rügen, its lime rocks, have been around for thousands of years; so it was pretty safe to assume that next time we would be around, we would still be able to see them. If luck has it, maybe we would even see them in the sun – not in rain as greeted us this morning.

Good the train station of Sassnitz was only 700m from the hotel, and the next train to Stralsund on the main land was running every hour. Also, it turned out to be a good thing that Sassnitz, where we boarded, was the first station of the route – in Stralsund, some 20 bikes – panniers included on almost all of them, were crammed into the space that comfortably fits about half that number. 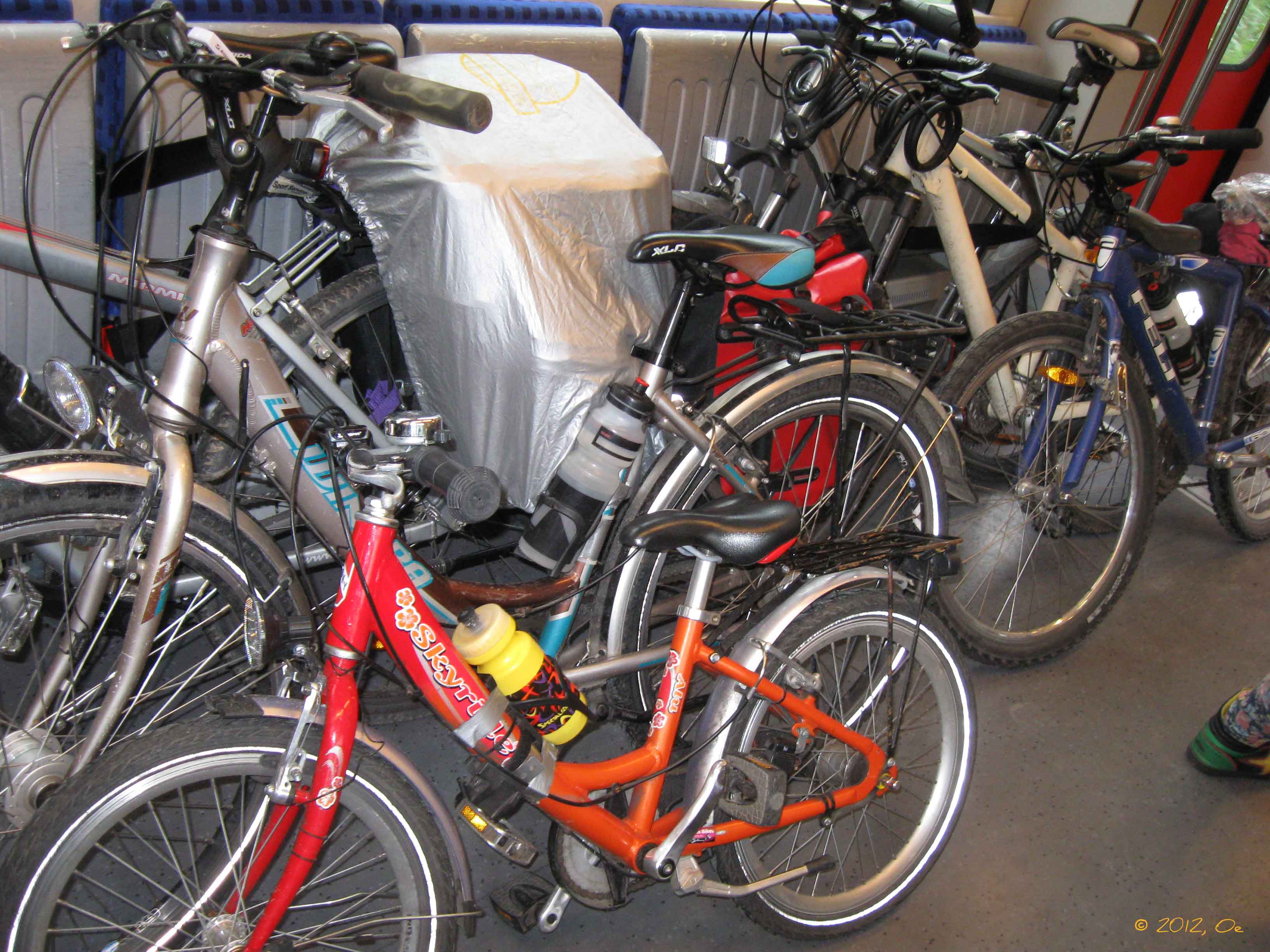 Since the day went differently than planned now anyways, why not keep being spontaneous and skip visiting the city center of Stralsund, but instead include a brief stop at the rather hidden, but sizeable park/graveyard in memory of 1,293 soldiers buried there (and many others who lost their lives in WWs I & II). 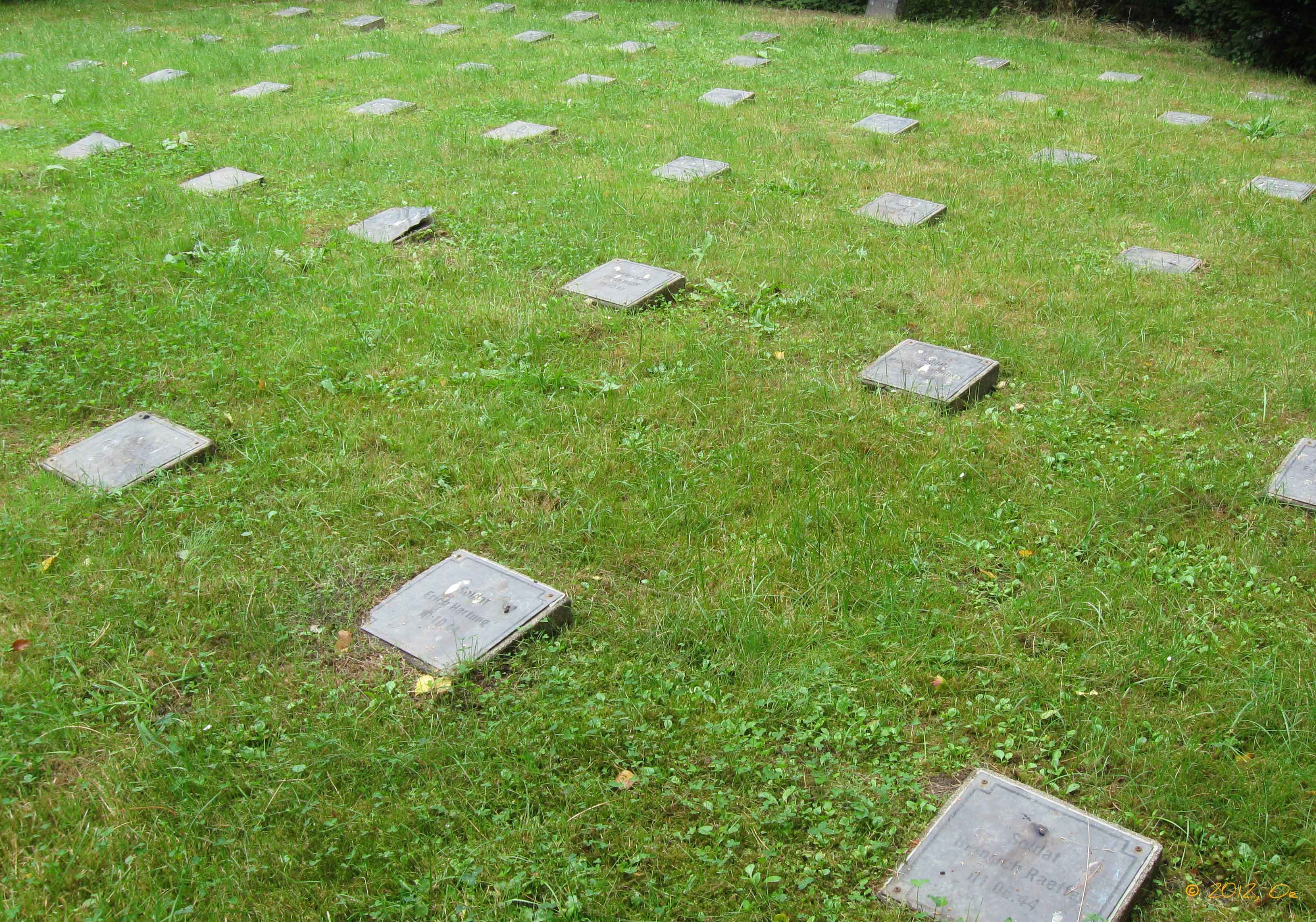 After this short pause of contemplation, other remnants of the war and the socialist times after could be braved: the roads and trails that are still „paved“ with concrete slabs that could be run over by tanks even. Now I know what fullies are built for … Too bad I do not have one… 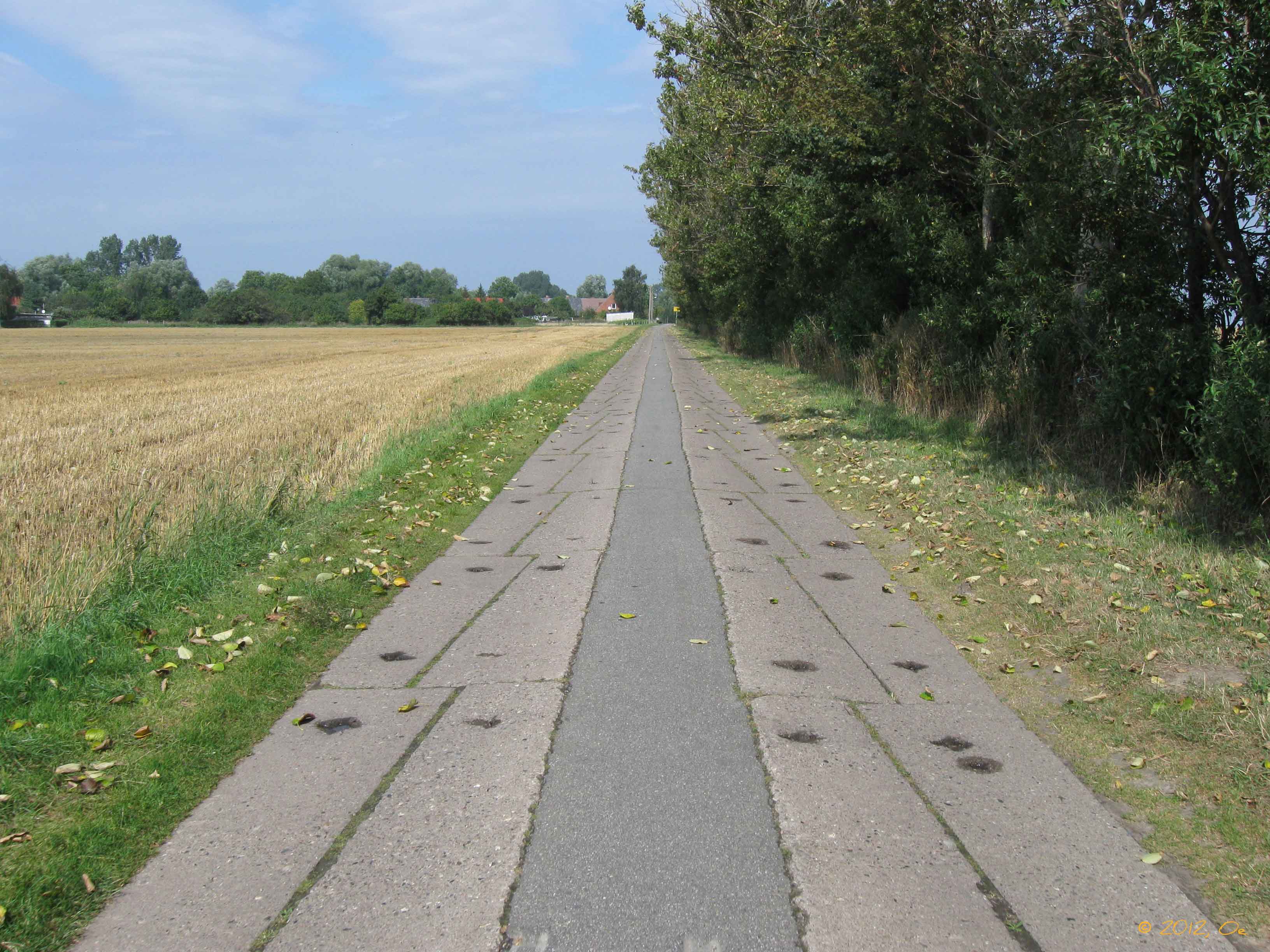 But at least, this tormenting stretch of today’s leg was worthwhile as it led back to wonderful views of the Baltic Sea. 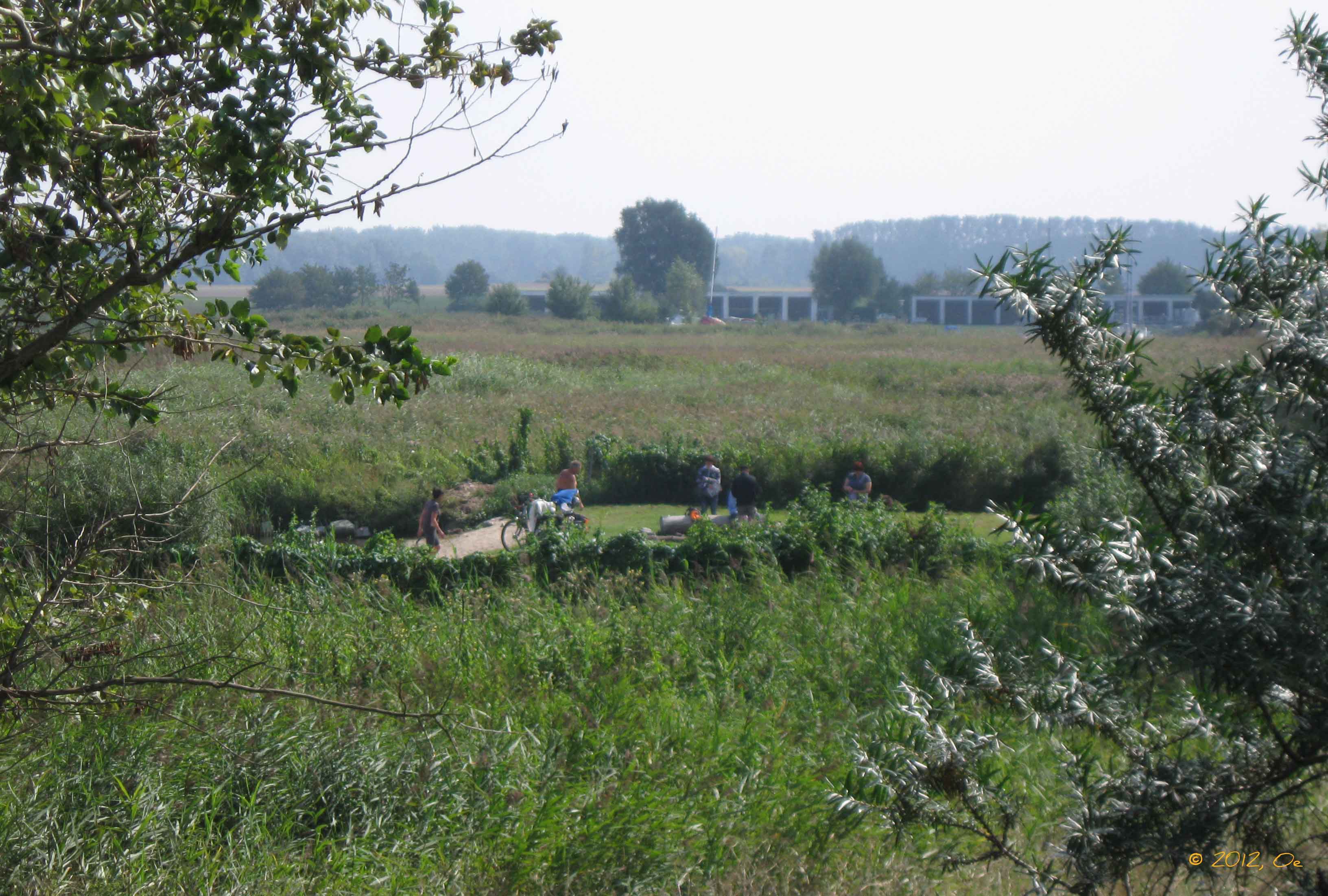 And of cranes. At least it would have been possible to watch the cranes from the ornithological station in Hohendorf, the so-called Kranich-Utkiek (crane vista) if it were Spring. 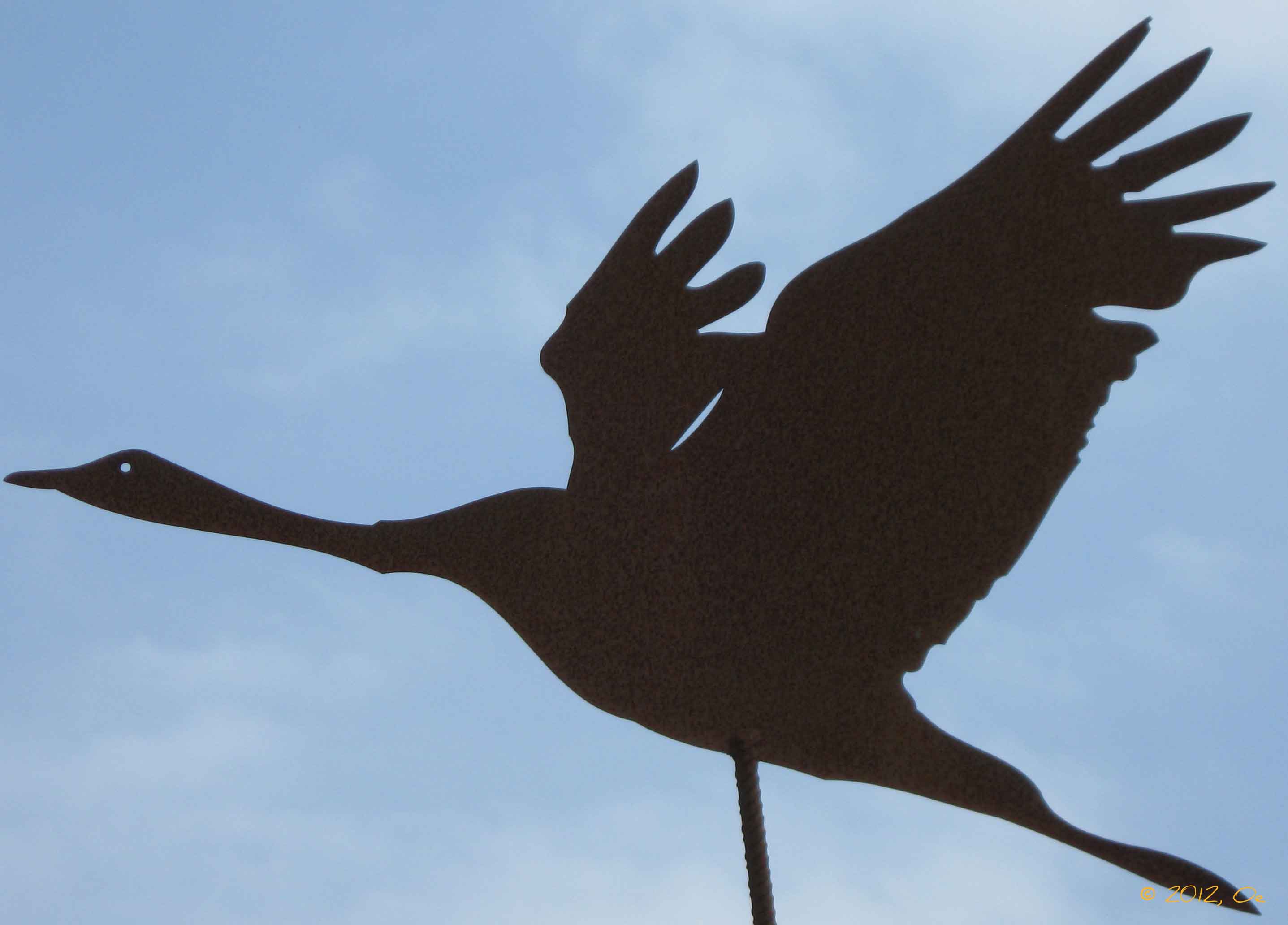 At least this kind of cranes can be seen all year long, if you missed them in late winter/early springtime

The look-out post is closed after the cranes resting there in Spring on their way North – another reason for coming back to this special part of Germany at some point in time and watch the effects of the so-called detraction feeding: The cranes are allured by corn and grains, not primarily to facilitate good photographic shots by the tourists, but to keep the cranes from destroying the crop on the farm lands. 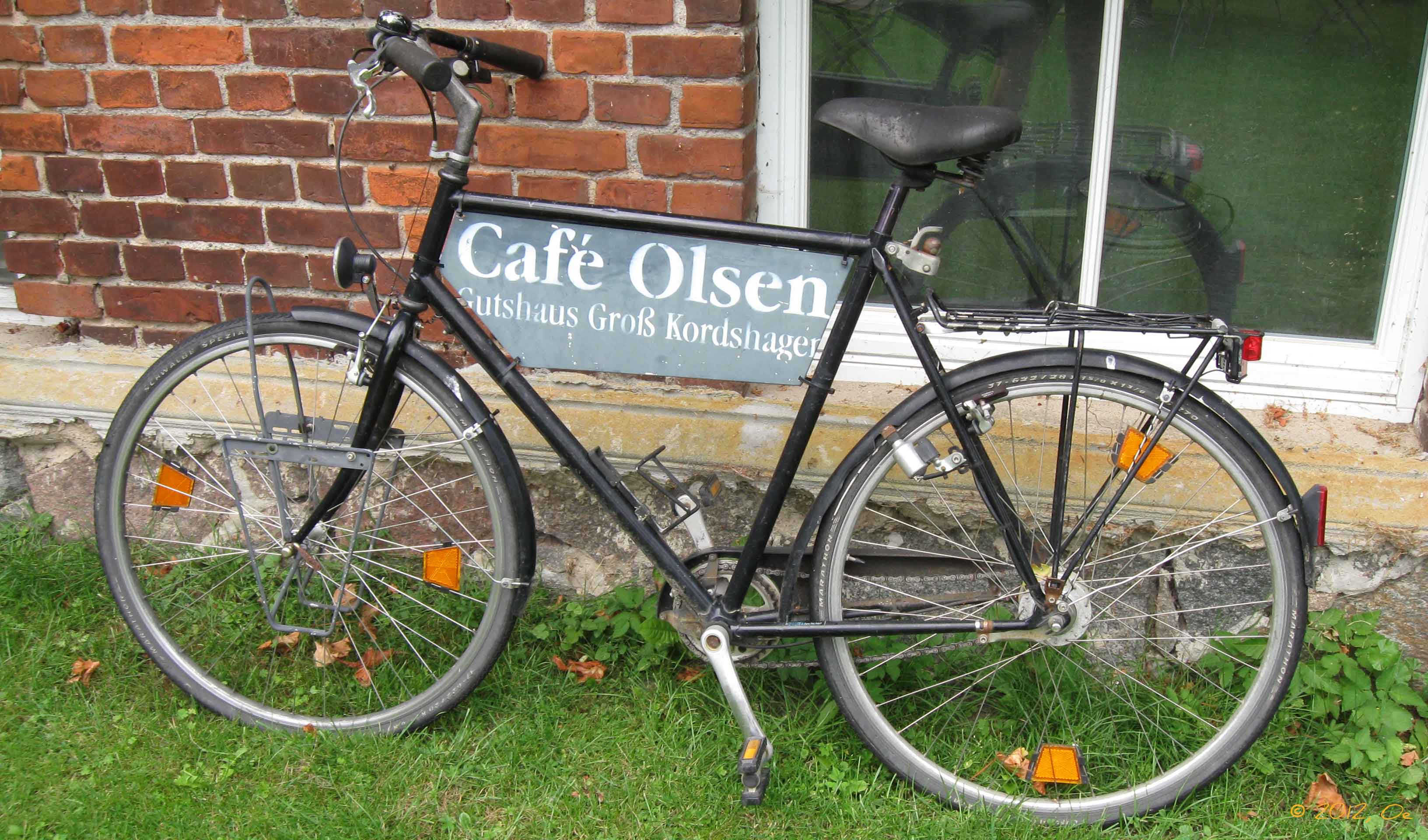 It started to become a bit of the theme of the day that things that were planned to do or so could not be done or seen, but sights that cannot be found in any travel guide (at least not in those we read) pulled us off-track in offering some very special little highlight here and there. Café Olsen in the old manor of Groß-Kordshagen was definitely even thehighlight of the day – and completely unexpected. 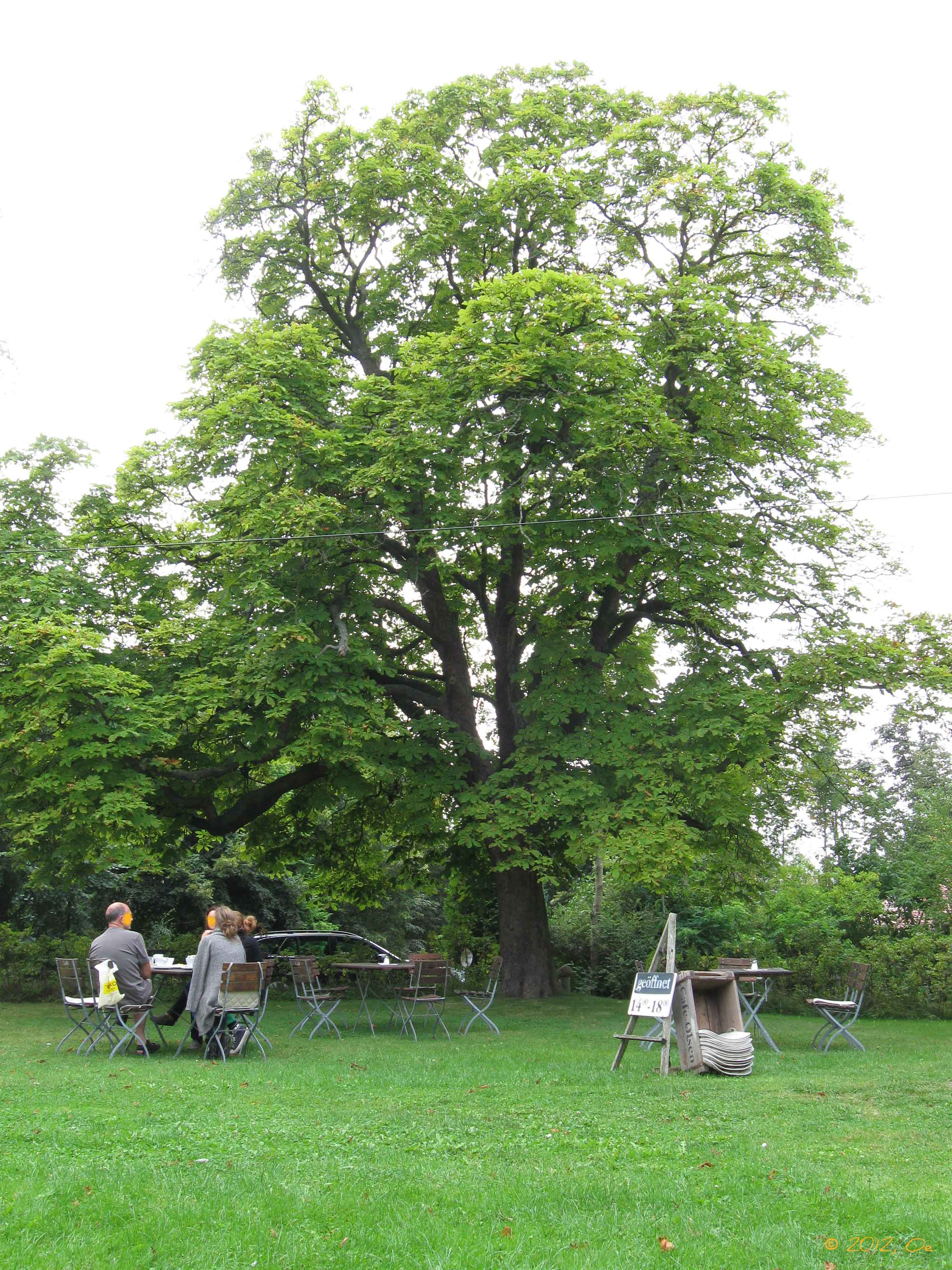 What a grand a magnificent building and complex this must have been around the late 19th/early 20th century before it was unfortunately run down and neglected after dispossession in 1945. In 1997, the Struß couple bought the building and have since been renovating and reconstructing it with a lot of love and expertise (and financial commitment, I guess). And they are kind enough to share this gem with the ordinary tourist and passer-by who can feel like being part of old-times grandeur when sitting in the grand old garden, luxuriously feeding on the sweet temptations offered by Mr and Mrs. Struß. 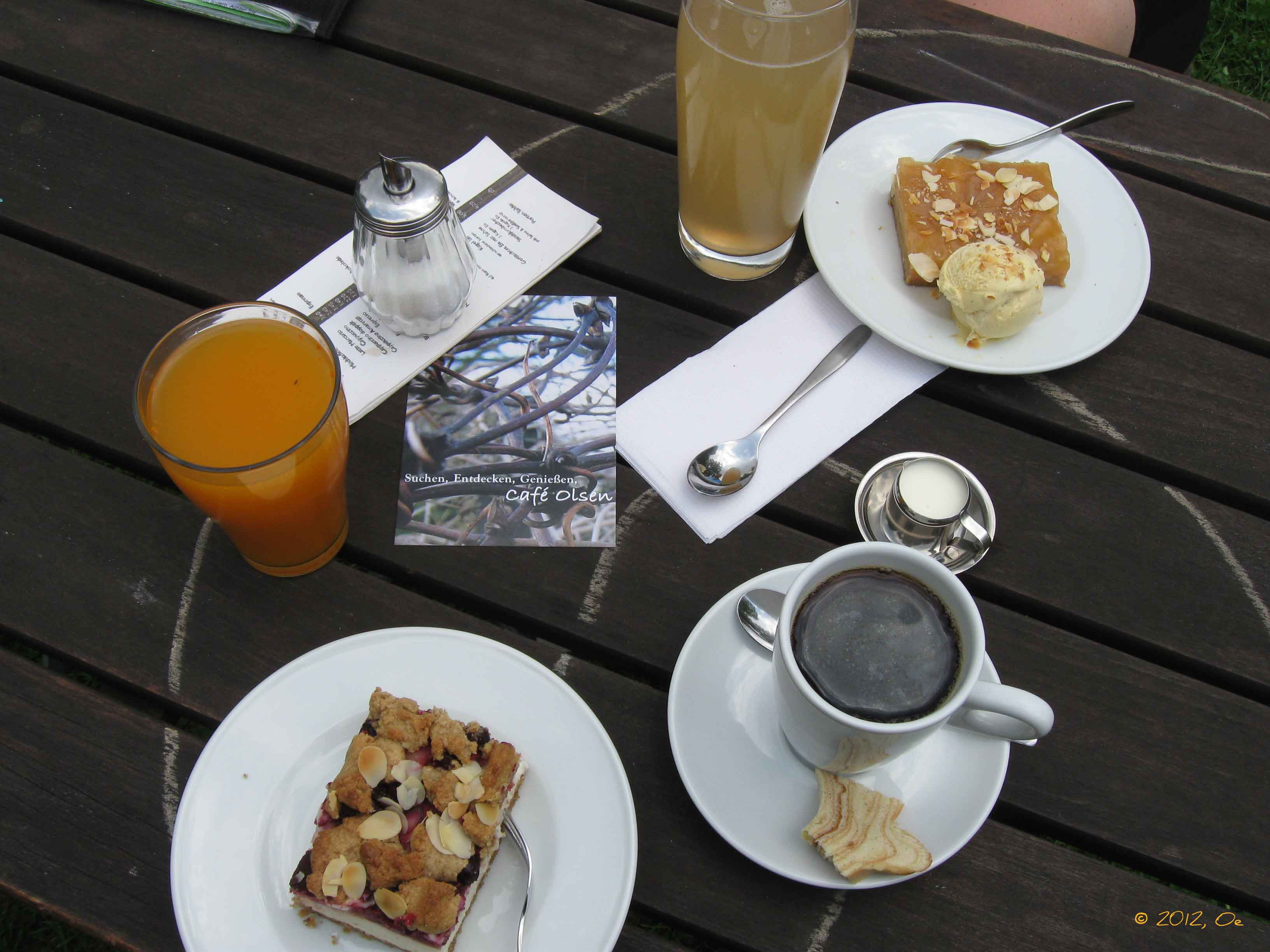 No idea how we would have mastered the pretty harsh winds that seemed to try and keep us from making it to and onto the peninsula of Darß where we planned to spend the night. 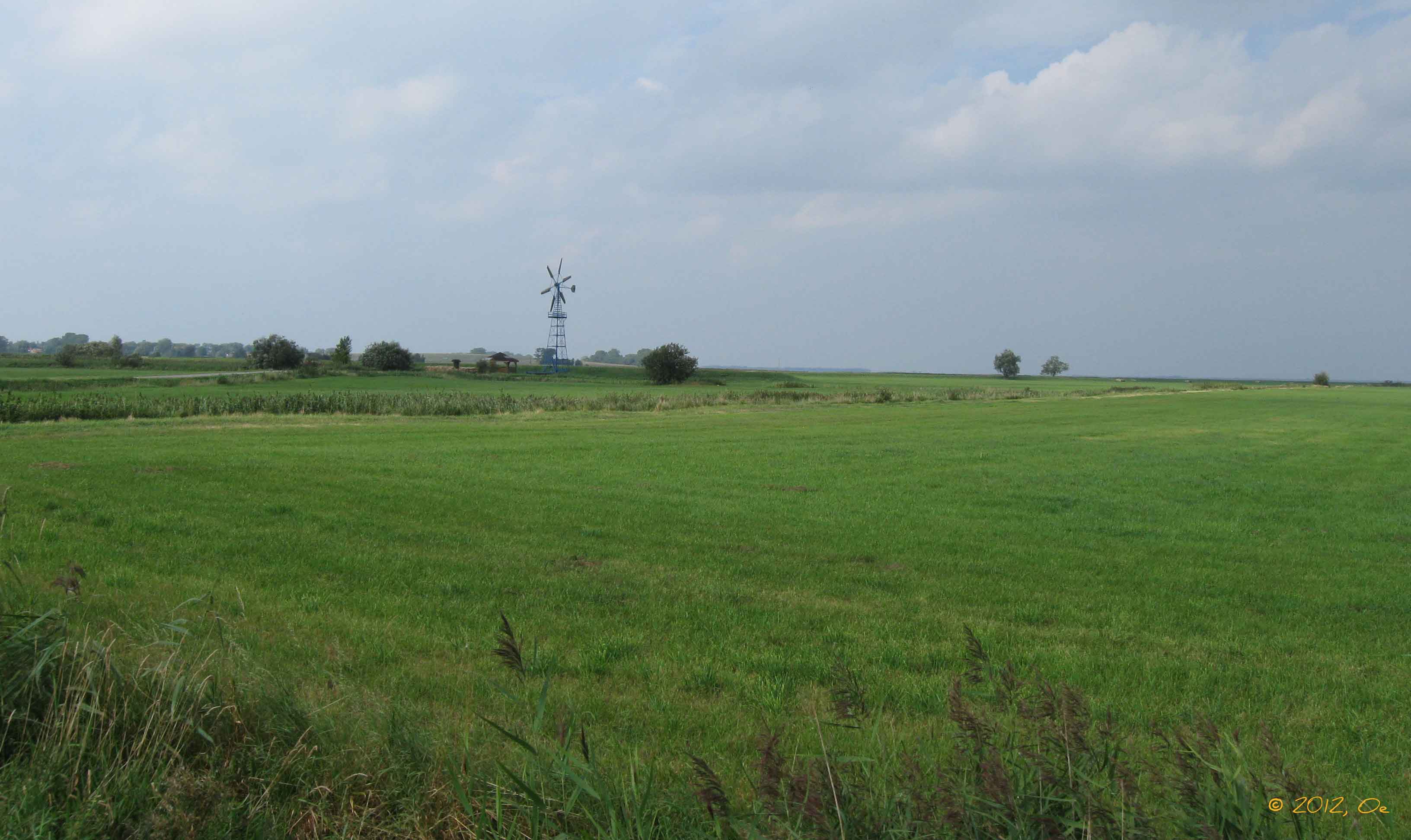 What's good for a windmill ...

... is not necessarily biker's friend

At least, out of a sudden there were headwinds slowing down our ride that explained text book-like the Northern German saying that „our mountains are the winds“. 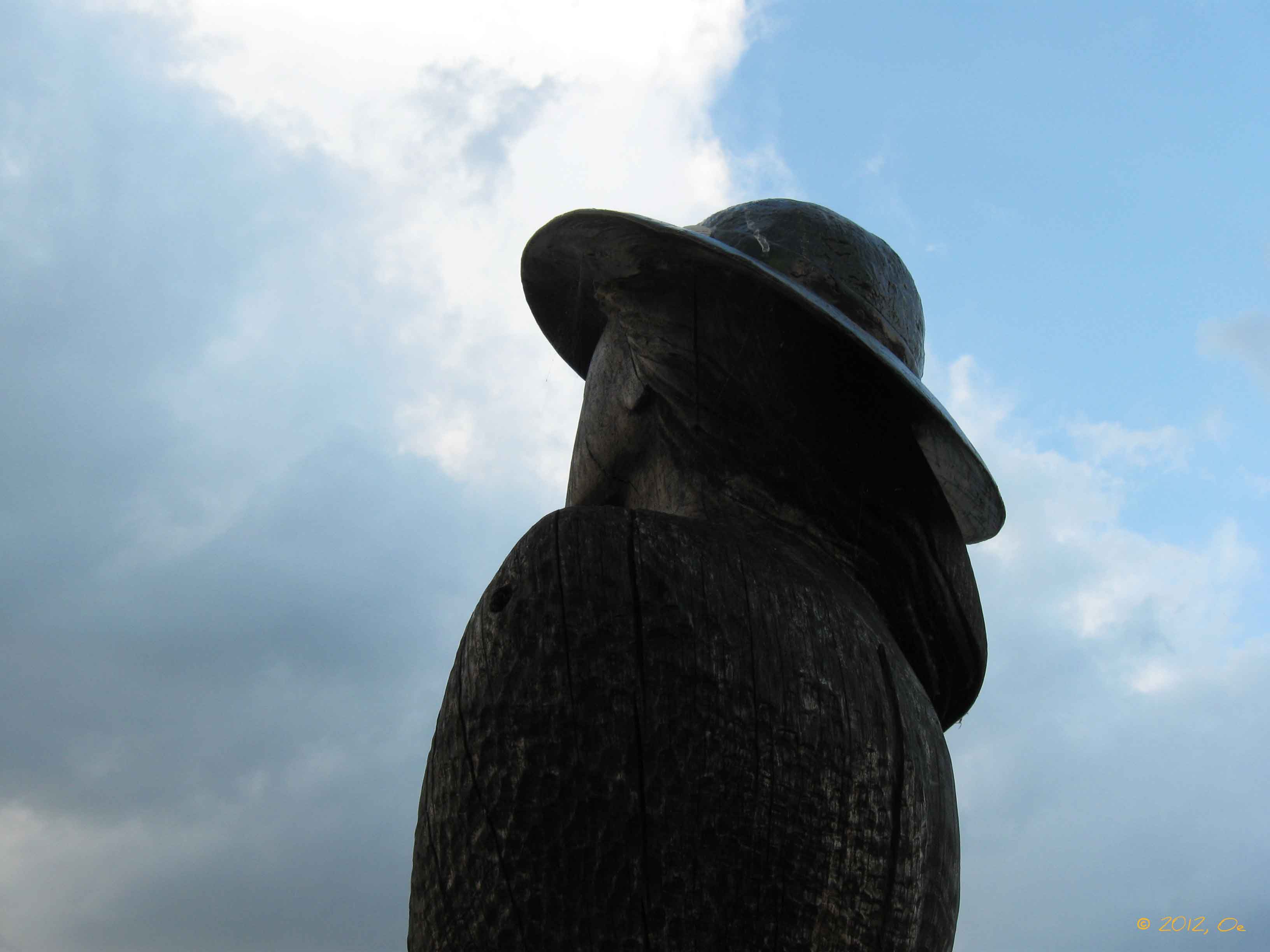 Another lady who has weathered today's wind and storm: Artwork on Zingst pier

But Zingst on Darß was ultimately reached still, the winds calmed down and allowed for wonderfully peaceful sun set watching from Zingst pier, color-coding our beach bar cocktails. 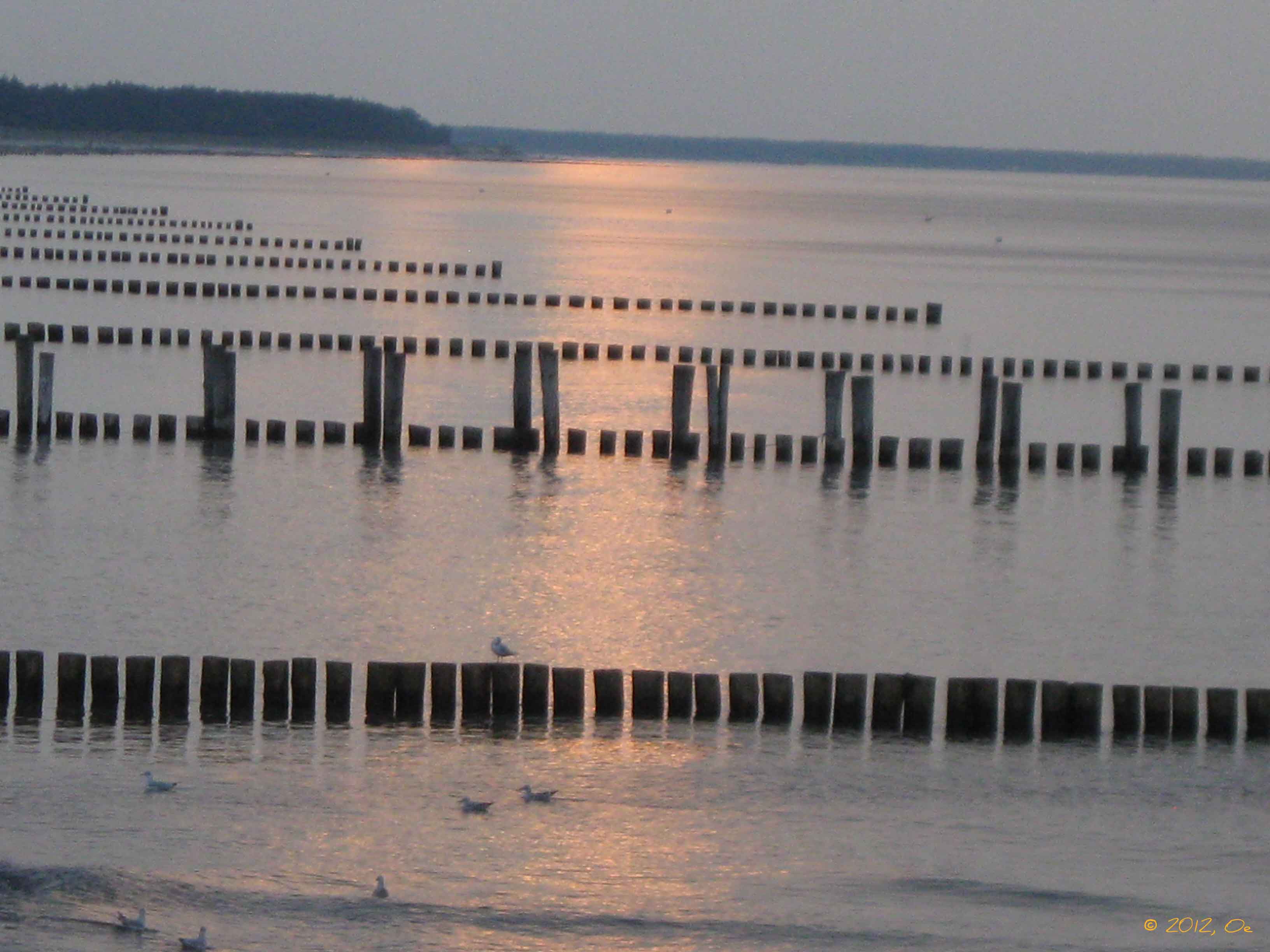