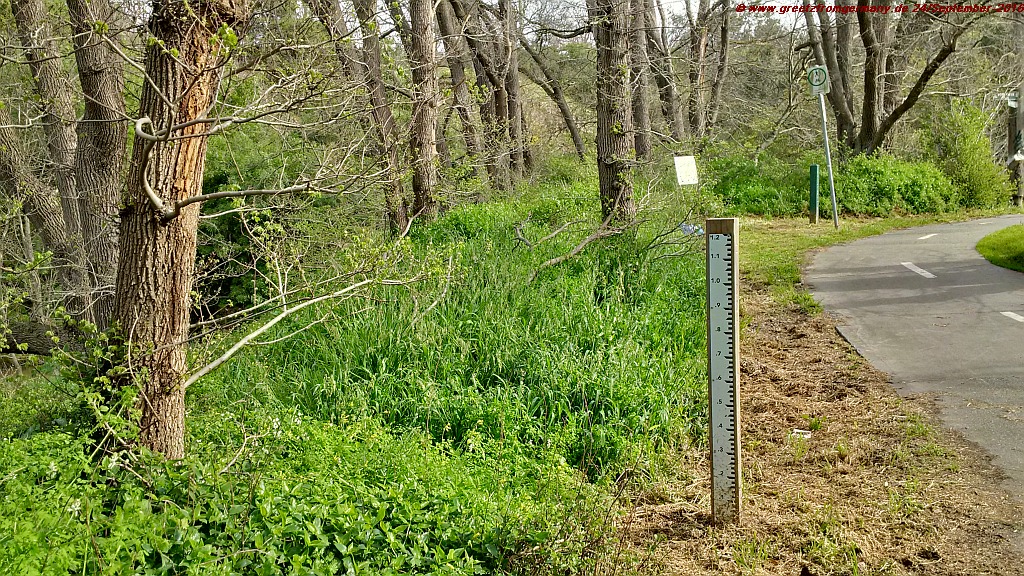 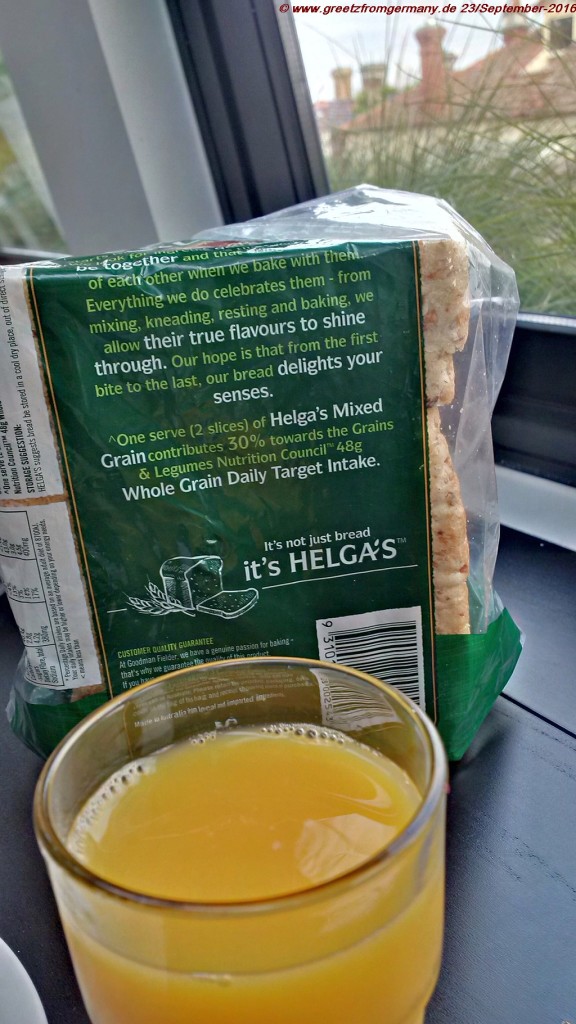 Home away from home: In Australia, you can invite some homely-sounding Helga to come and share breakfast with you, so you fuel your brain in a familiar way to maintain concentration before hitting the roads – on the wrong, eh, left side of the street.

Riding the lovely city of Melbourne these days – and being a bit at a loss in trying to stay safe.

Riding on the left side of the street or – better still – of one of the many, many really good bike paths is one thing. It’s asking for a lot of concentration, especially in unforeseen situations (always swerving to the right, instinctively, when trying to get OUT of the way of folks coming at me … actually getting INTO their way even further by that). 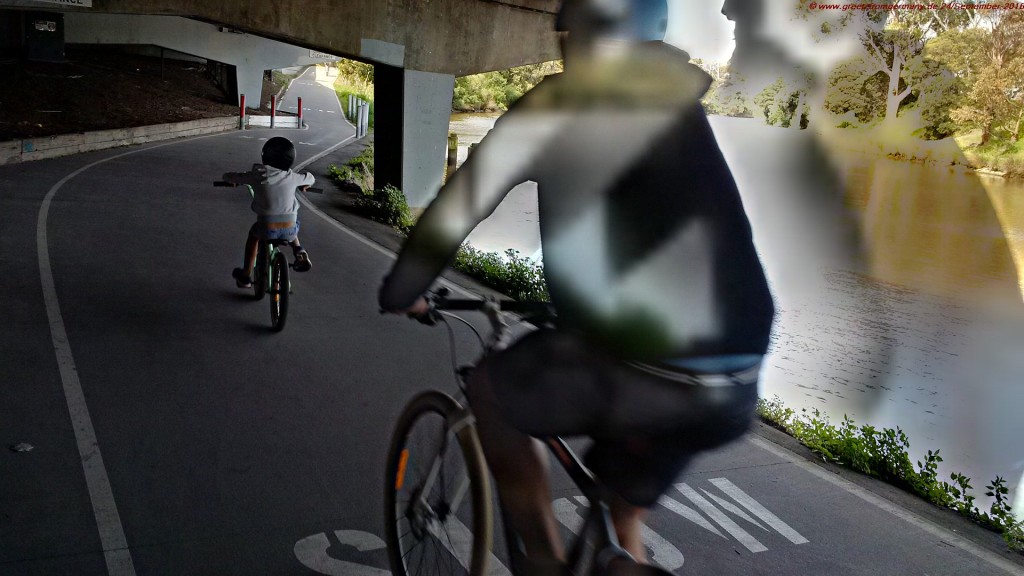 Not doing the wrong (brain stem-driven) thing at the wrong time gets particularly tricky when other bikers involved cannot really control their bikes either – resulting in both of us having a bit of a decision-making problem with respect to which side to stay on.

But then it gets a lot trickier than that:
As nice as the bike paths are, they are shared ones. 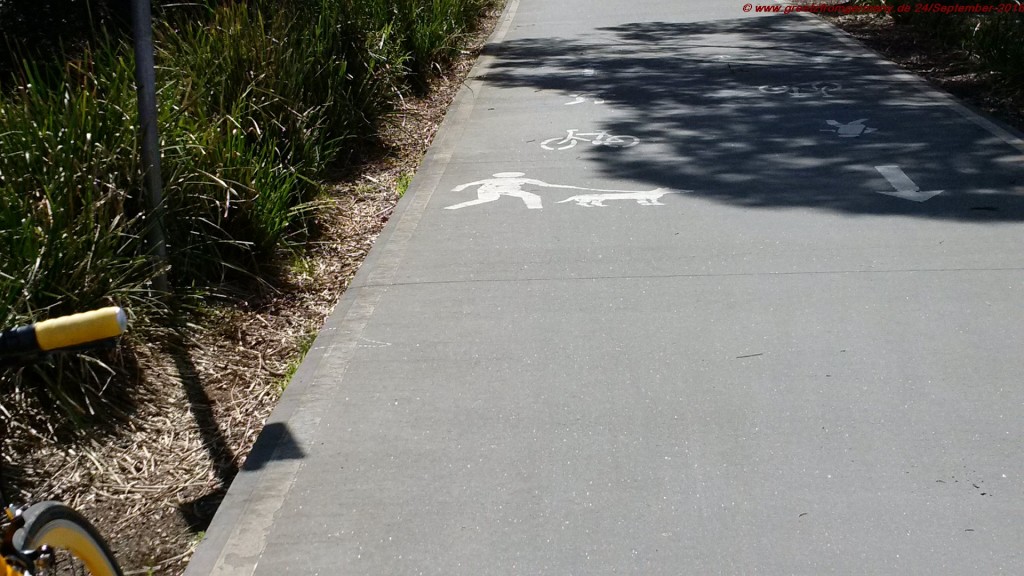 Shared bike path, allowed for bikers, pedestrians and for … running people with dogs??

The pictogram for “pedestrian” has to be translated into real life joggers, which is fine. The pictogram of a person not walking, but “running their dog” is not really true to anything seen in real life. In real life, it is rather people with dogs that are either on one of these really long extendable leashs; or not on leash at all. 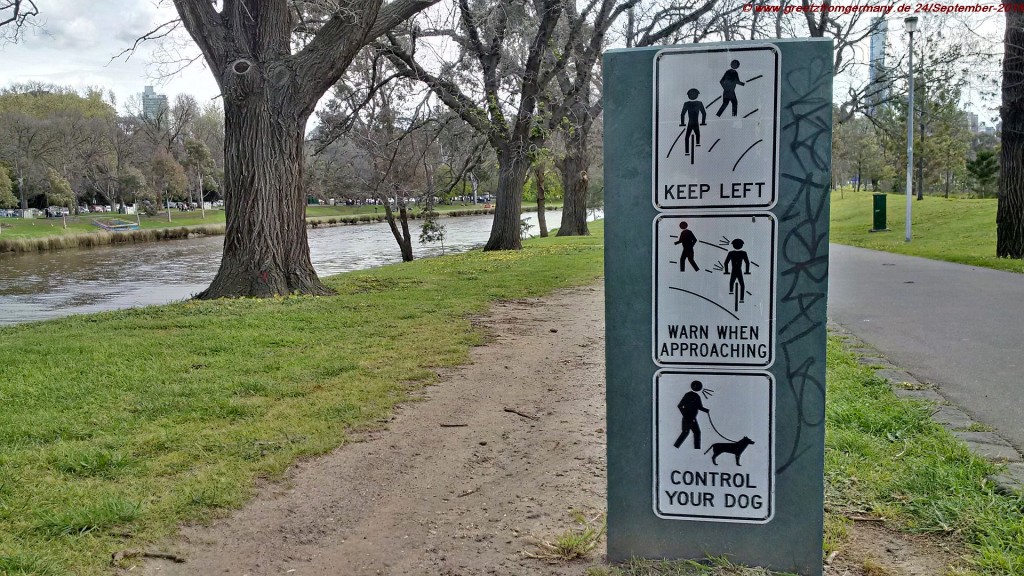 Although the blogger stayed on the left (most of the time) and warned sufficiently when approaching, the “control dog” part has not worked out as it’s apparently supposed to, in many instances.

And dogs are just one type of animal you better beware of when riding Melbourne’s bike trails. You may actually run into way bigger and more stubborn animals (sheep, donkeys…), if you ride the Eastern part of Capital City Trail which passes by Collingwood Children’s Farm. 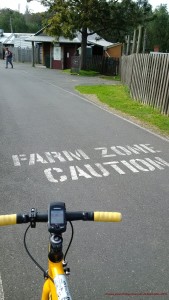 Having ventured past this tricky area without any incidences, there are other, sometimes even more stubborn beasts that may present a danger to the rider who finally masters the art of riding left, Down Under: Homo sapiens in cricket gear, hitting little hard balls real hard with these huge flat paddle bats … 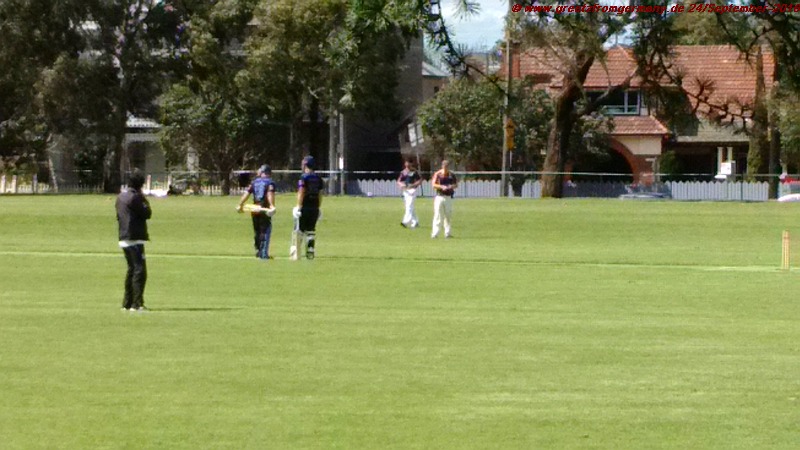 As there is surely a reason why cricket players are wearing protective gear (although some seem to prefer floppy bush walker hats as if in the Outback …), it seems wise to speed up and get past quickly.

As soon as the blogger had luckily escaped all of these potential danger-by-creatures, there were more dangerous situations luring, this time related to water. Or, to be more precise, by spring floods and other flooding. 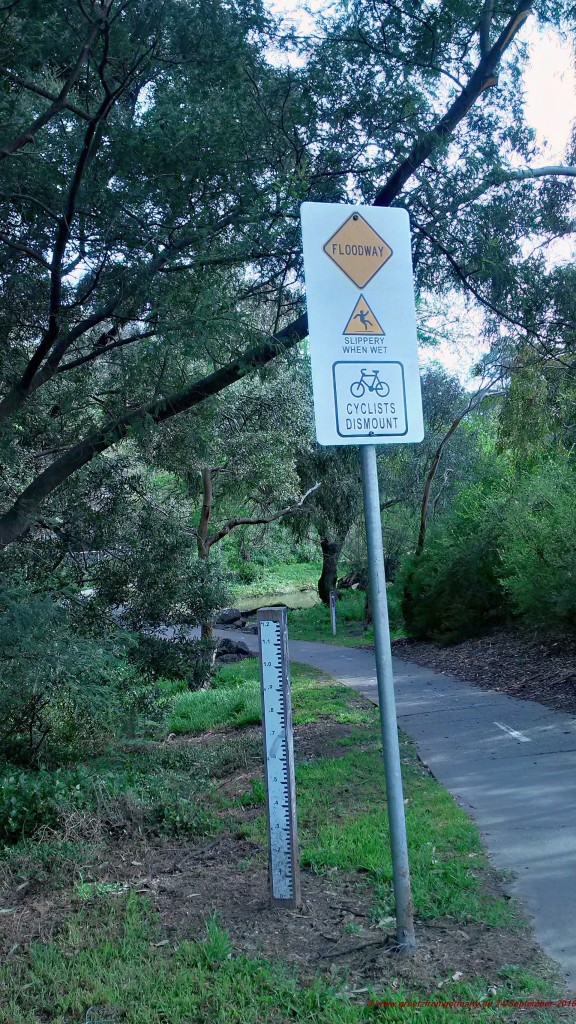 With the rains having come down every single day as of yet, spring floods may indeed not a completely impossible thing to be prepared for. There must be a good reason why they put these water mark measure bars into the ground, right next to the path…

If one thinks, now, that biking may simply be too dangerous around here in Melbourne altogether, and walking could be a safer option: Think twice. Or better yet, think ahead of starting your trip; and choose the right footwear for this wild, wild Australien urban outback. 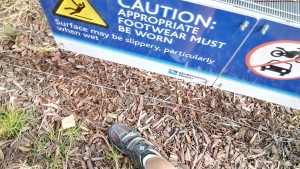 People have actually died close to the the banks of calm-looking Yarra river. 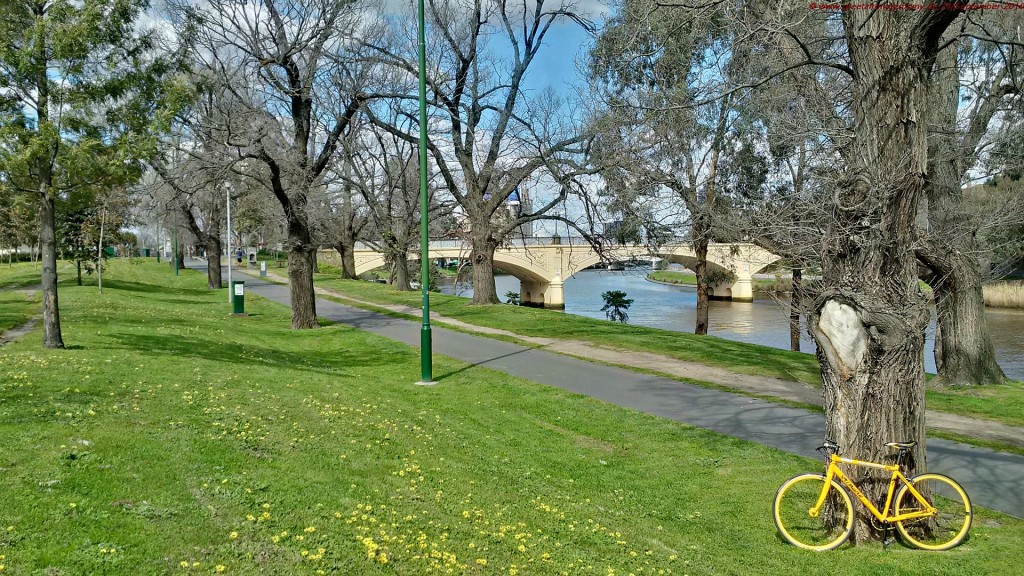 Looks like a calm day at the banks of Yarra river, with the Dutch Elm trees just about to spring their leave buds. But if you look closer …

… you will see, in a state of unsurprised shock, that actually people HAVE ended their lives close to the Yarra … and the bike path 😉

Therefore, it is a relief to be at home-away-from-home in one piece and kicking. 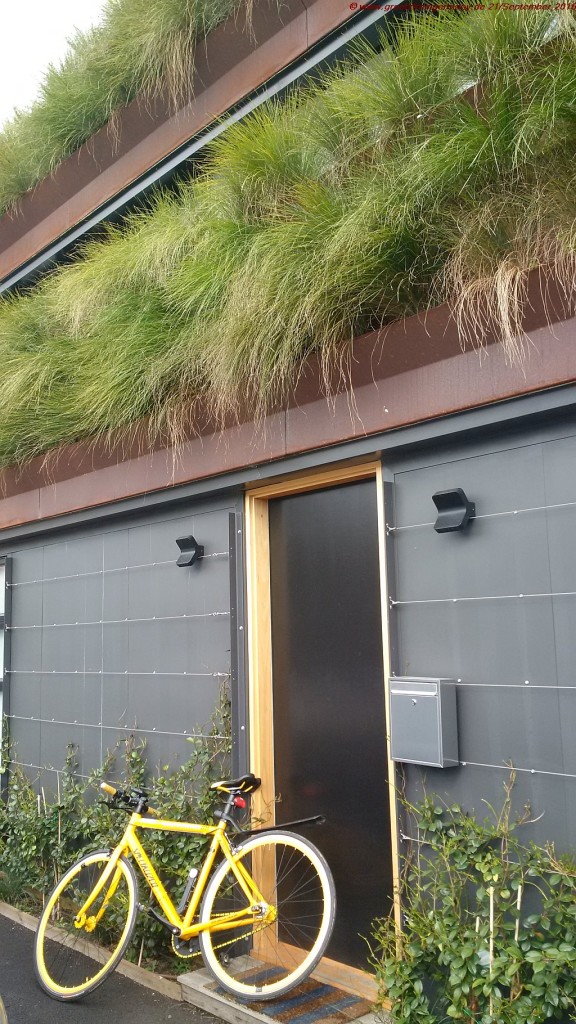