On the day after the 103km race of the Cyclassics, bikes were changed from the racing to the trekking kind. Mentally the mode was reset to a calmer and more relaxed one as well as the 7-day bike packing tour from the little town of Oststeinbek right East of Hamburg to the far East (of Germany), i.e. Greifswald, Rügen and the Baltic Sea area of Darß was about to set off. 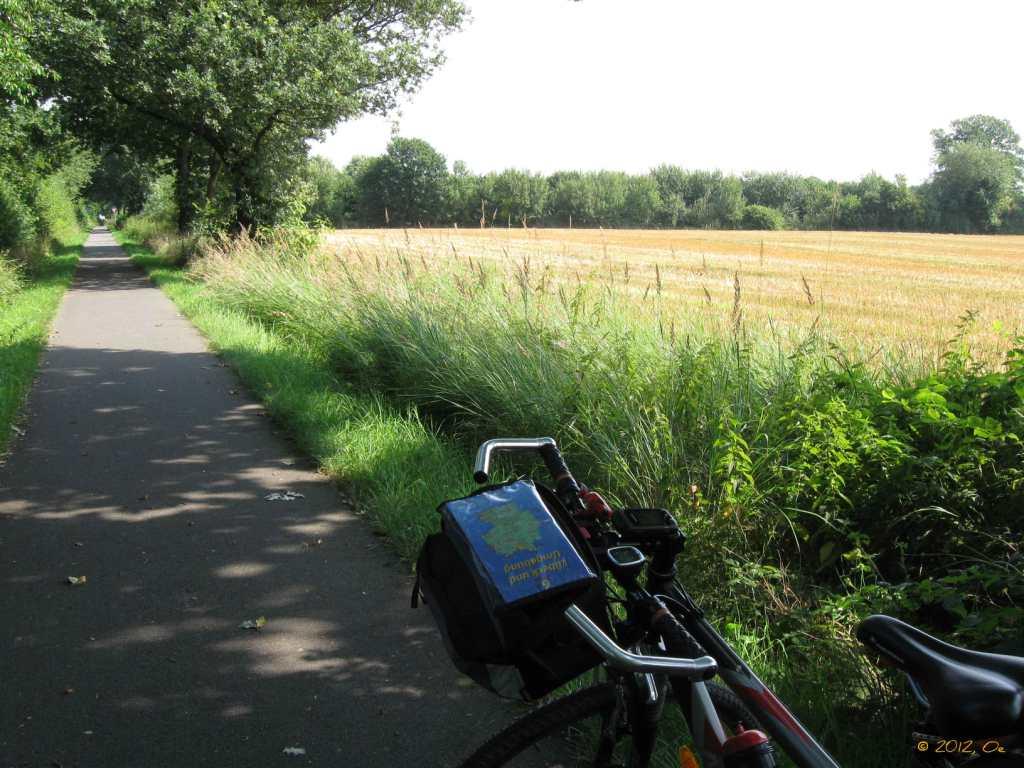 Long, straight roads, fields and pasture - the typical views of my Schleswig-Holstein childhood

The first 15km were so back to my childhood and youth (as I grew up in that area and used to bike the same former railroad tracks changed into bike trails that I rolled along now again, 30+ years after), that I forgot to start the Garmin tracking software to track and save today’s route.

Very soon after this glitch had been corrected, another technical device (the digi cam) had to be activated: Without any kind of warning, the trail took a left into the woods (and sudden short but steep climbs you would not necessarily expect in this part of Northern Germany) and wound into a hidden, completely forgotten world of the Kranika moorlands. 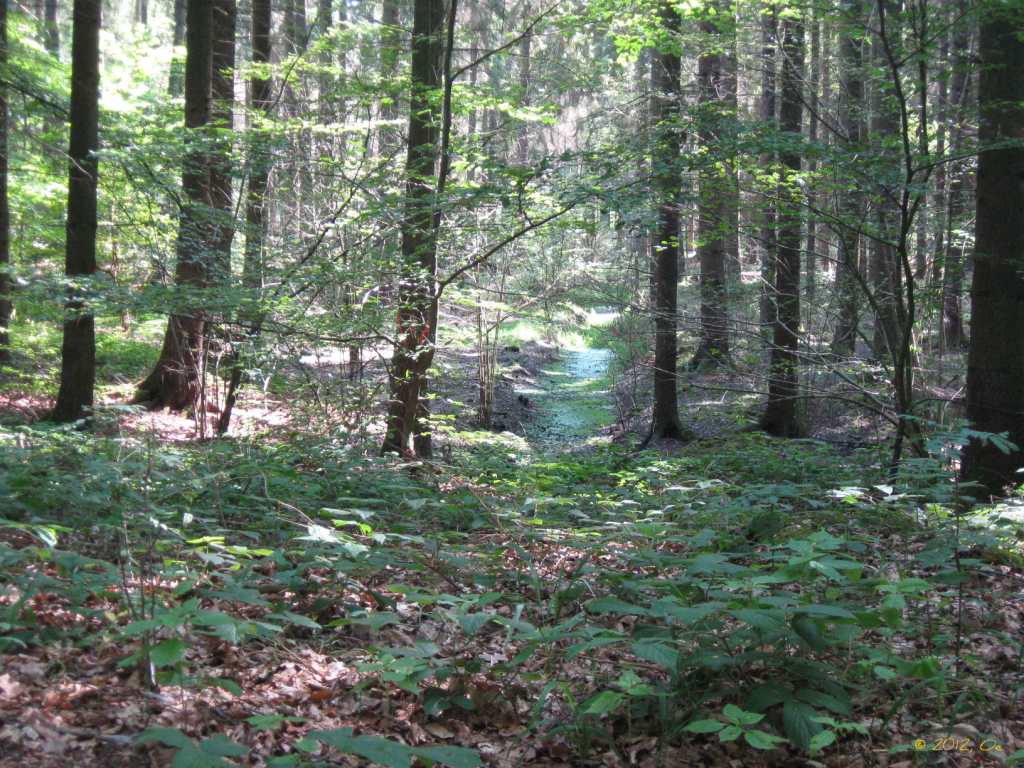 Unexpected flora and fauna in Kranika Moorlands - a hidden gem of nature.

This secluded nature reserve is the home to a variety of rare or even endangered species of plants and animals, including corn crake, European adder and – if you will the latter’s botanical counterpart – adder’s tongue. 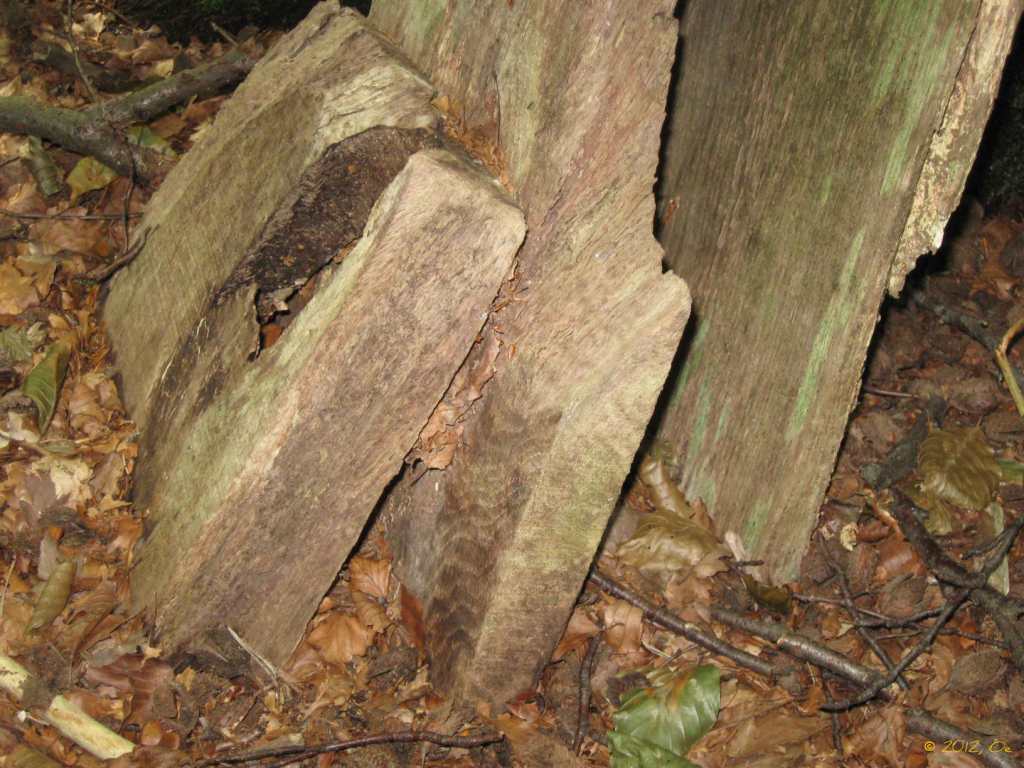 As abrupt and unexpected as the bike trail entered this highmoor sanctuary, as abruptly did it push us back out into the glaring sun and brutal heat of wheat and rye fields bordering the dusty road winding its way through horse and cow farming lands.

A bit of a cooler air only soothed the already chapped lips when we reached the banks of the Elbe-Lübeck canal, connecting the river Elbe with the Baltic Sea. 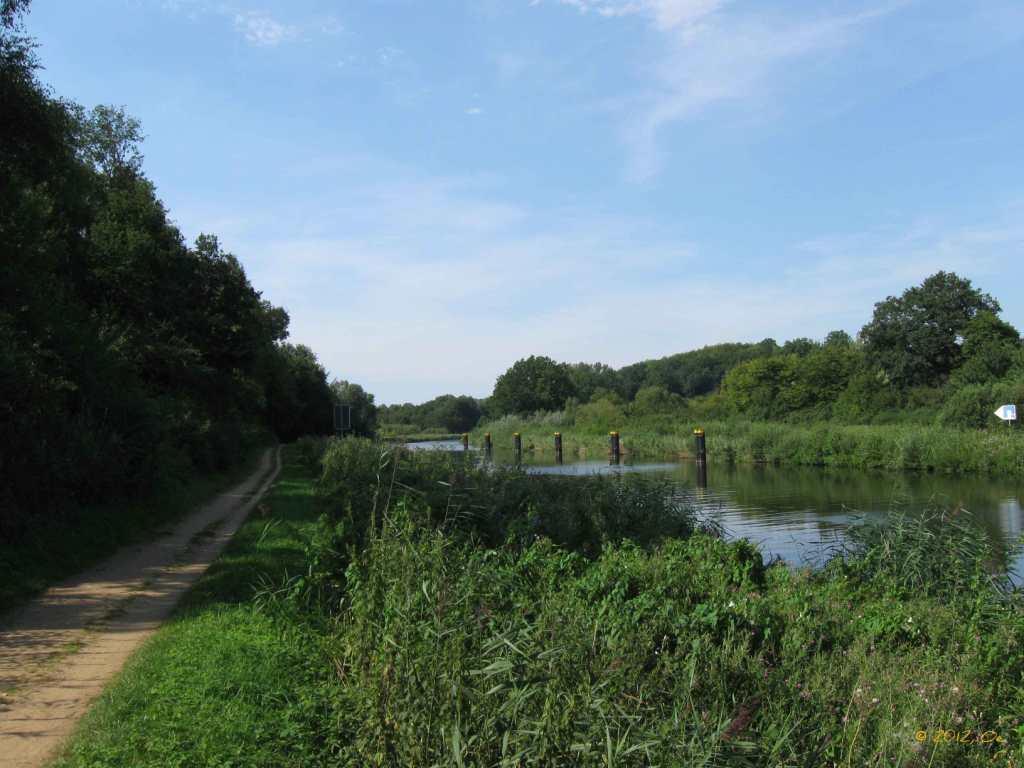 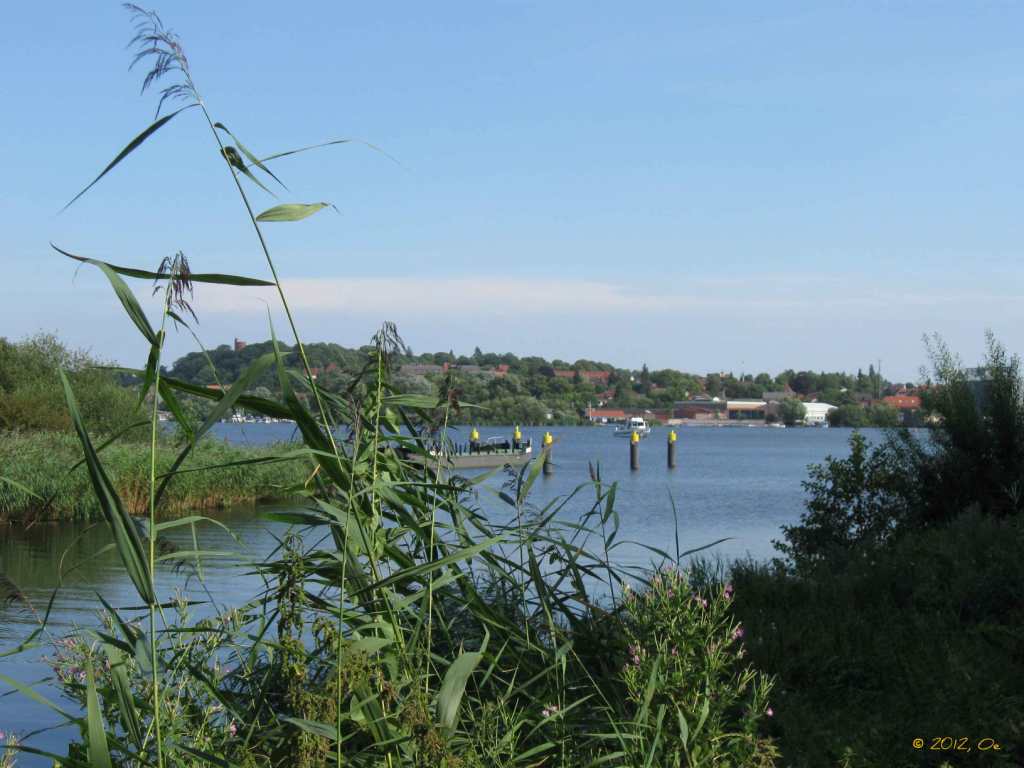 The town of Mölln has profited quite a bit by its respective location on the banks of the canal: Today, because they are part of the rather popular bike route „Alte Salzstraße“, leading tourists into Mölln. Historically, though, the actual old salt route or „alte Salzstraße“ was the basis of Mölln’s prosperity from the 12th to the 16th century.

Salt was transported from the town of Lüneburg, South of Hamburg, to Lübeck on the Baltic Sea, mainly for salting herring and other pickeled fish. Mölln, sitting at the water divide between North Sea and Baltic Sea, was hence of stratigical importance to Lübeck that owned the so-called Barbarossa rights since 1188 which allowed for exclusive shipping of the river Stecknitz between Mölln and the point where the rivers Stecknitz and Trave join. 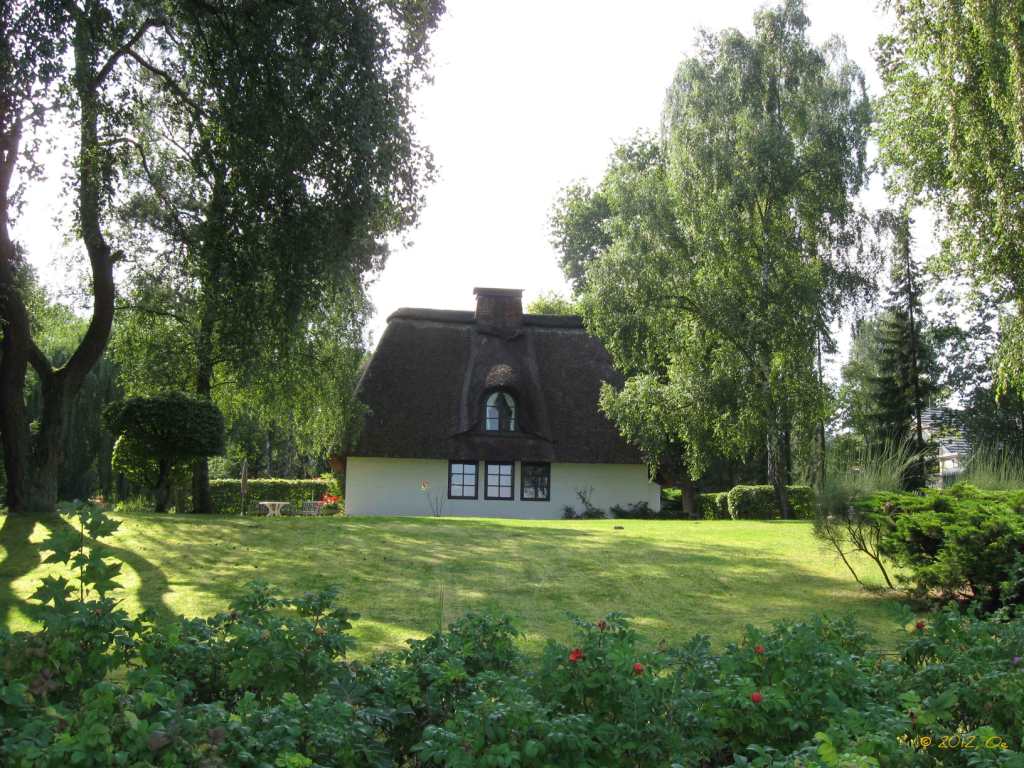 Mölln is still (or again?) pretty wealthy an area, it seems

As early as in 1398, the ancestor of Elbe-Lübeck canal, the so-called Stecknitz canal, was opened for freight ships with salt and other goods going to and fro between Lüneburg to Lübeck. Stecknitz canal is, therefore, the oldest water divide canal in all of Europe. 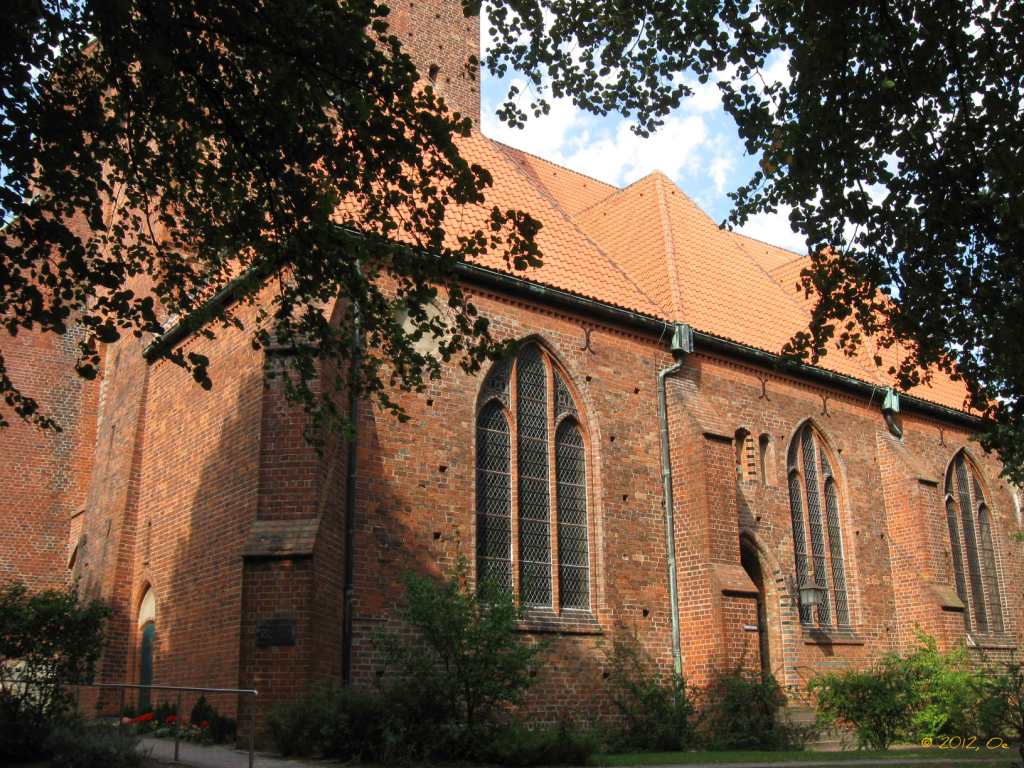 Mölln is famous for other history – or rather: histories – as well, namely for the adventures of Till Eulenspiegel. The stories featuring this fool and jester have been published and re-published numerous times since 1512, and have been read by, told to and enjoyed by every generation since. Therefore, it was of course a must to roll up to the old city center and rub the thumb of the bronzed Till for good luck for the rest of the trip. 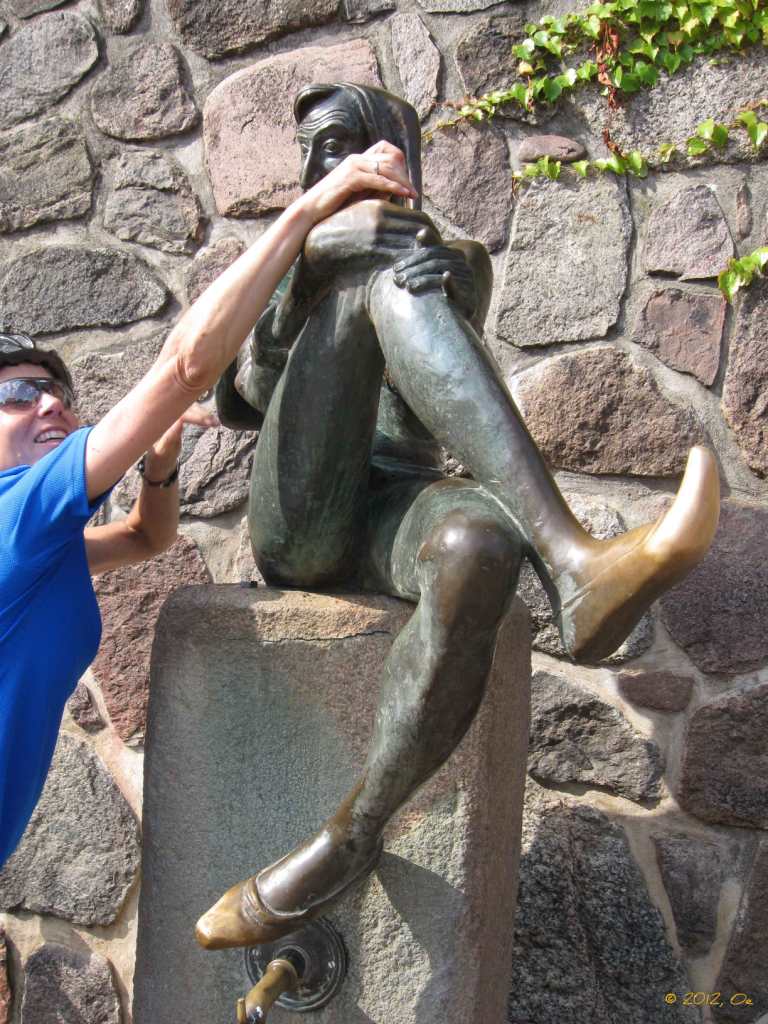 Luck did not come to us immediately, though, as it was not only hard to find any sort of appealing coffee spot – but when we did, the Altstadt Café Mölln turned out to be a complete rip-off: € 15.50 for two rather smallish (albeit yummy) slices of cake, an ordinary filtered coffee and a soft drink? When I begged the owner’s pardon since I could not believe the amount she wanted to charge, she became rather snotty, explaining to stupid me that I should be glad that she did not charge even more as she had to mix a 200ml bottle of coke with a 200ml of orange soda for what she offered as a Spezi (adding that Spezi was not even on the menu (which ignores a gastronomy regulation…), and that she had offered it to me out of pure goodwill … not that I had asked and cared so much for a Spezi…). Add the non-service and then try to understand why this lady still expected a tip.

Well, there is always a price to pay – this one was for sitting in a really nice place, the old milling place, I guess: location, location, location (and the lack of competition) is the evergreen golden rule of commercial success that applies in Mölln as it does anywhere else.

And: The cake gave us the energy to cover the last bit of today’s route, the 10K stretch to Ratzeburg. Not that 10K was that much after a rather short biking day (albeit only one day after yesterday’s race). But the road becomes a trail becomes something that had been a trail after it had been overgrown by weeds and thorny bushes. Sometimes it seemed that the „trail“ was made of more bio tripping hazards (vulgo: roots) than sand and rubble and mud.

It winds around Ratzeburg lake – and don’t think that means it’s flat. Instead, it seems to try and make up its mind, going up and down and up and down again, changing vertical direction every few meters as if it wanted to shake us and our heavily loaded bikes off like a bull shakes off the rodeo rider. When we had finally mastered the trail and a lot of stunts on it, we were „rewarded“ by a last two kilometers alongside the lake without anything that would shade off the pretty angry gusts of evening storm lashing across the lake. 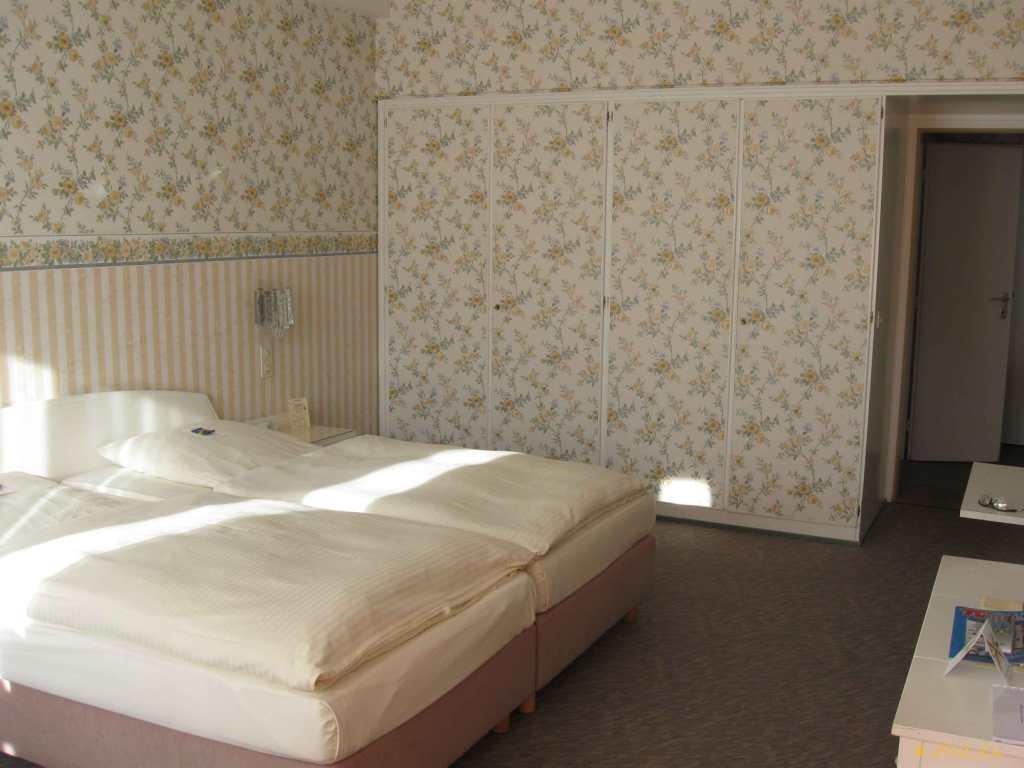 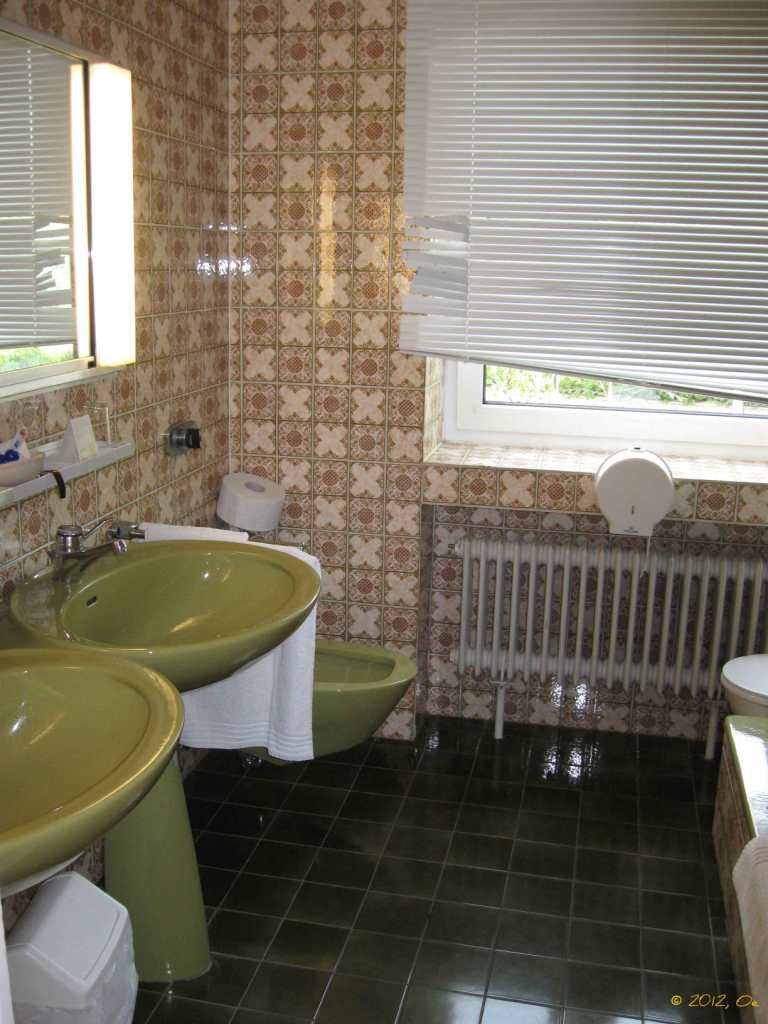 After this grand finale of day one it was only befitting that we were able to spend the night in a priceless environment of a bedroom lined with damask tapestry and a bathroom yelling at us in the loudest 70’s colors of brown and mossy green: A contrast of taste and style mirroring just fine the contrasting sights and impressions of nature and countryside that characterized this first day of the trip.