Despite the rather horribly long trip of a full 24 hours and the fact that duty called at 11am, the true bike aficionado stayed in the hotel only for a shower and a change of clothes prior to setting off again; in order to pick up a bike from The Humble Vintage. 2.5 km on foot isn’t that much after all, even after such a trip, to be cruising around after just like any of the locals.
Well, what can I say? This… 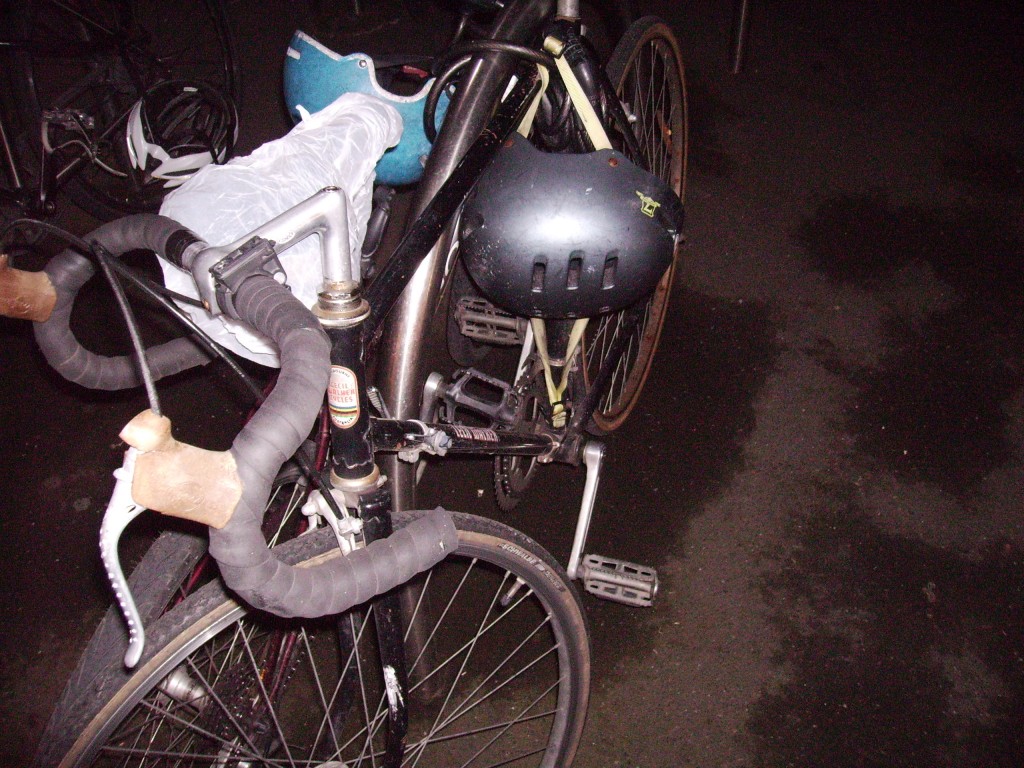 Nobody seems to be biking without helmet around here - gotta check whether they are so law-abiding ... or just plain worried about a smashed skull looking not sufficiently cool

… is not the bike I got. Neither is it the one below. 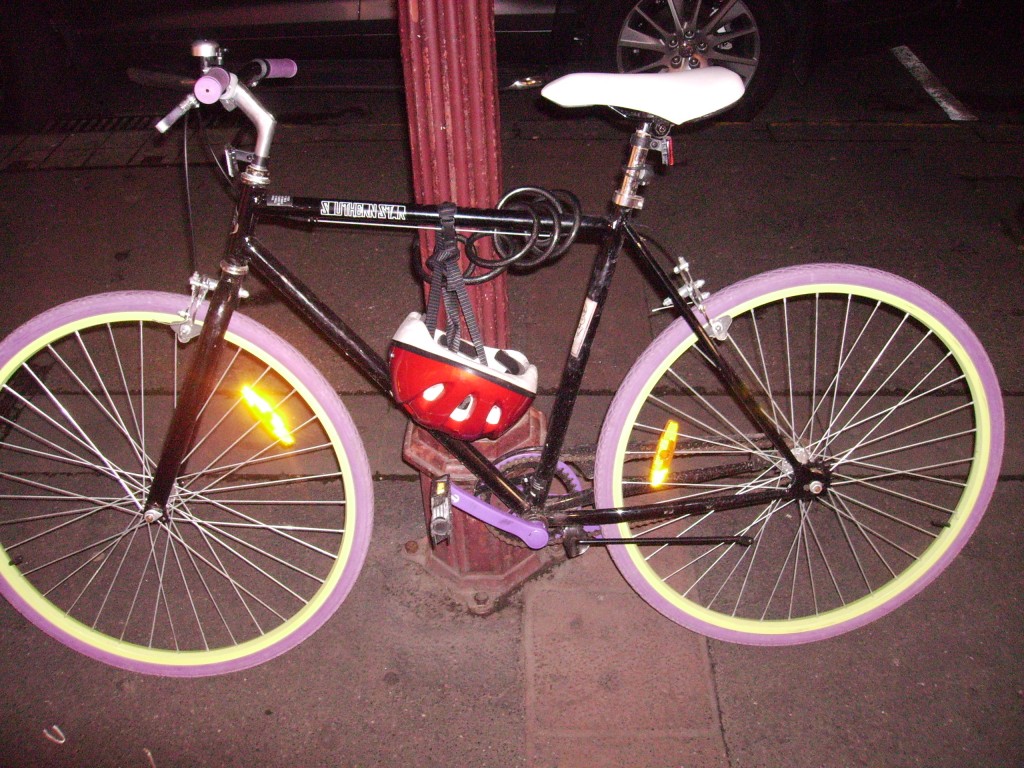 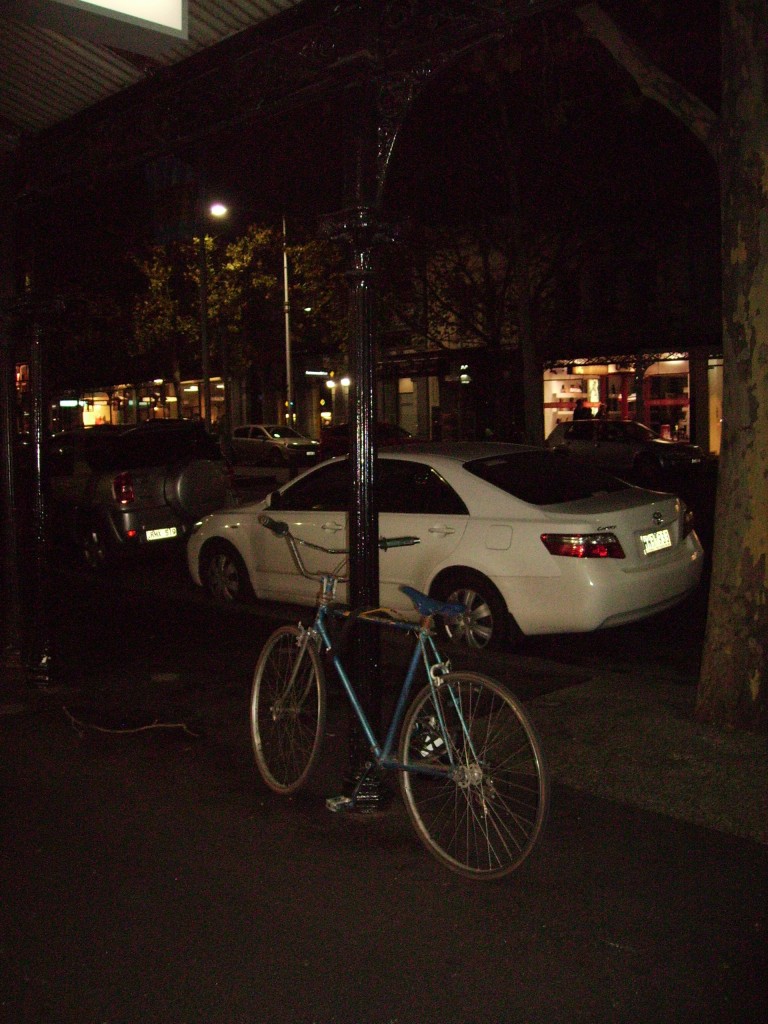 Single or multiple speeds - many of the bikes seen in the streets here are really old, but somehow charming clunkers

As a matter of fact: I am still bike-less. Although I made reservations some two weeks ago and we mailed back and forth quite amicably, it turned out that … well, the café in which I was to pick up the bike happens to be closed on Mon and Tue (apparently, this seemed to come as a surprise to the bike rental guy – although I have to say that he tried his very best to provide me with options to get the bike, after all. Providing me with the name of a different guy, adding directions to his office and his phone number (not that I made it to buying a pre-paid Aussie phone card yet). Well, I gotta hand it to him: He meant really well in his intentions. And when I walked back “home” today, after a really stressful (and terribly draining) day of jet lag, I heaved a sigh with every biker I saw zooming by me while I was trotting on foot (and those were a lot of sighs to heave as I am in the campus area with tons of young folks on tons of single speeds buzzing around in the streets.

What I may have missed if on bike myself though, is this sign pointing to what was originally Olympic Champion Nino Borsari’s bicycle shop he opened in 1941, a full nine years after his Olympic victory. The shop has been in the hands of the Borsari family still which is not only proud of their heritage, but also knows how to cultivate it in a very cycling community-friendly way. 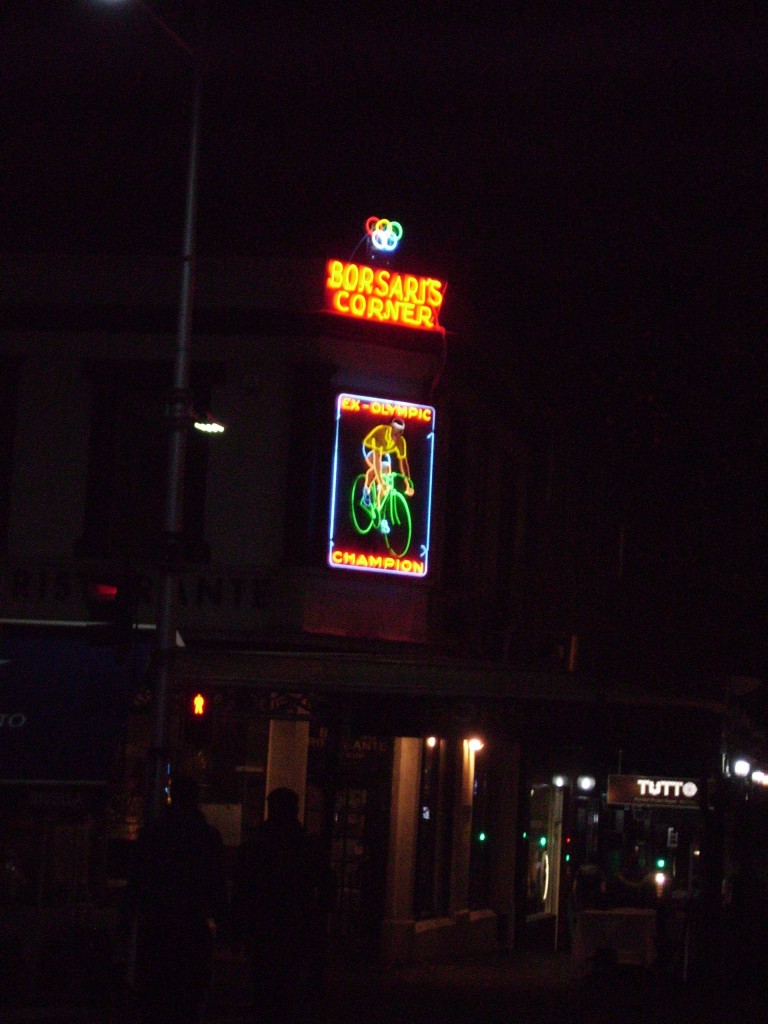 However, I wonder if Australia hasn’t profited even more from something else but the Italian bicycles Nino brought to his home Down Under: What would my stay be like, if this were still a tea-drinking nation? If Nino had not brought here the very first cappuccino maker that ever made it to the Other End of the World?