It’s been more than six months that I have been on a road bike, and the shape I am in is exactly as pathetic as you’d think it is after such a long time off-bike.

Respectively intense is the feeling of joy now, the joy of being back on the bike today.
In sun and warm weather, among friends.

But: It’s not too easy a biking territory we are in.The first climbs of the season actually hurt and my legs feel like thick and heavy logs.
And then: a pinch of frustration and shock even as albeit the physical price of pain I am paying for this start into the fresh season I am not even anywhere near going at a decent speed.

Instead, during the first climb that deserves this name, I get passed by a whole group of guys. Easily. Smoothly. Without any apparent effort of theirs.

If it weren’t such a bad attempt of a pun: They are passing me single-handedly. It is a bad pun, though, as some actually are single-handed, others single- or no-legged. They are members of the German National Team training for the Paralympics in London later this year. 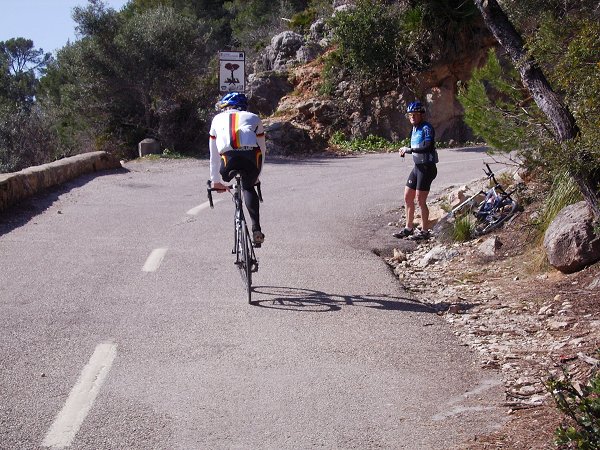 These guys are in great shape already – I see some big successes coming their way in Summer. I sure hope they will be hugely successful – not so much because I want to see medals pouring down on German athletes, but because I admire and highly respect their stamina and character as fighters against their physical fate.