Today, I am sending greetings not from Germany, but from Vancouver, B.C. 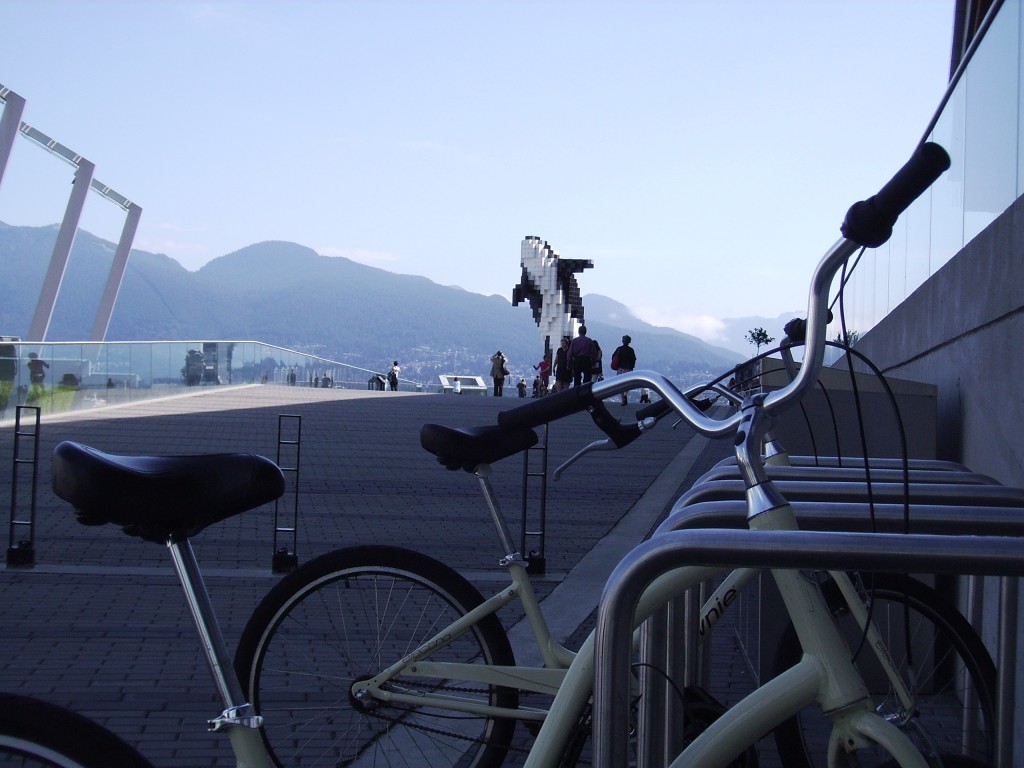 My first time ever in Canada; so, I was pretty curious to see whether and how and in which aspects a city such as Vancouver is generally different from all those US American cities I have visited by now (which are, in contrast to my lacking Canada experience, the majority of the most prominent and well-known and bigger ones, I guess). Or even: How does Vancouver differ from a city such as San Francisco or Portland, OR, e.g., which are in the same time zone and for no more than political reasons happened to fall South of the Canada/USA border? But should not be too different with respect to, say, botanical (Sequoia!) or climate (salty pacific fog!) aspects.

Unfortunately, I was only there for a few days. And during those few days I basically and mainly had to work and was left with way too little time to go explore rather extensively.

Still, although at first glance, when cab riding into town from the airport, it looked just like any other North American city, Vancouver turned out to show its being different even during the first walk through its downtown I took that same day 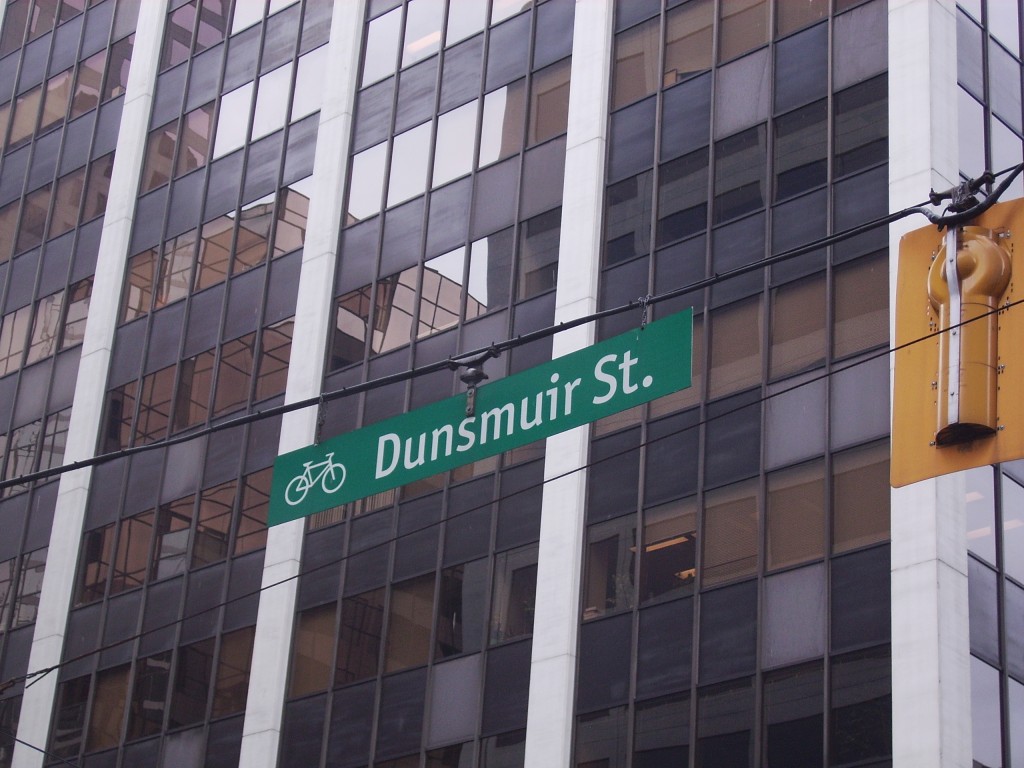 And, what joy, it was a highly biker friendly impression this city made. With a lot of the main routes through downtown and into and out of it being designated bike streets. With a two-way bike path running on one of the sides of the street, separated from motorized traffic by a (often flower bed-decorated: not very US-lik, either) little wall, high enough to really keep the cars off the bike path and to safeguard the bikers. 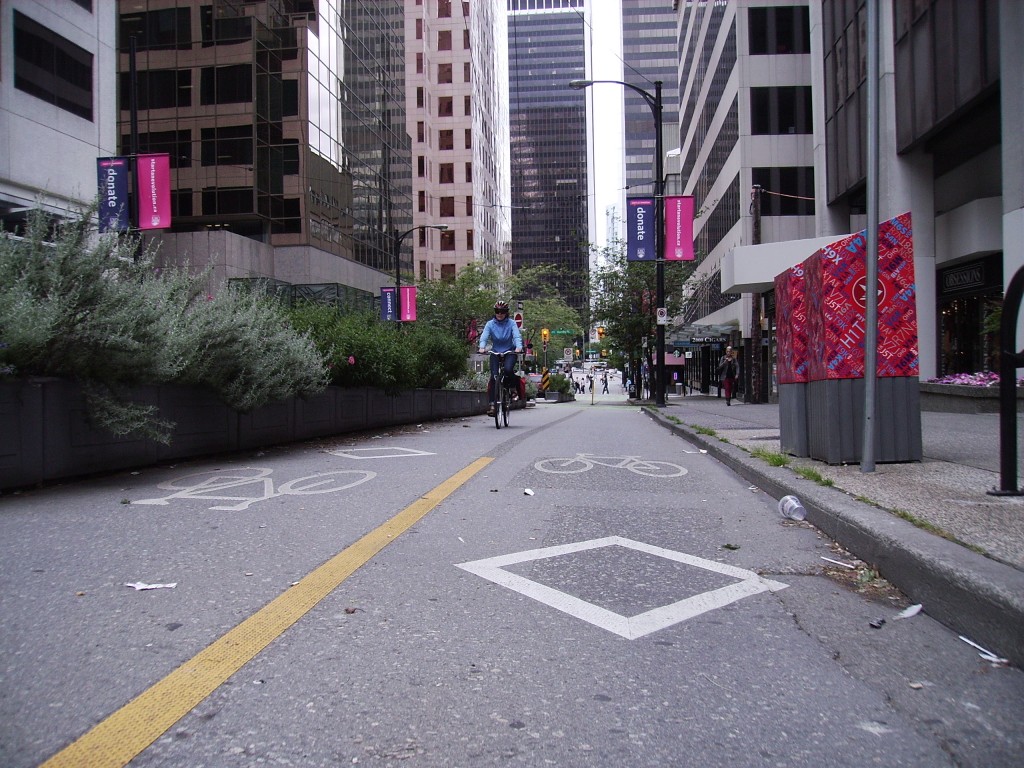 Riding at a safe distance

Also, although I did not notice any of the rental bike systems a lot of other North American and European towns have installed these days, there was a pretty dense net of bike parking racks, securely bolted to the pavement and, hence, securely holding one’s bike locked into one of them. 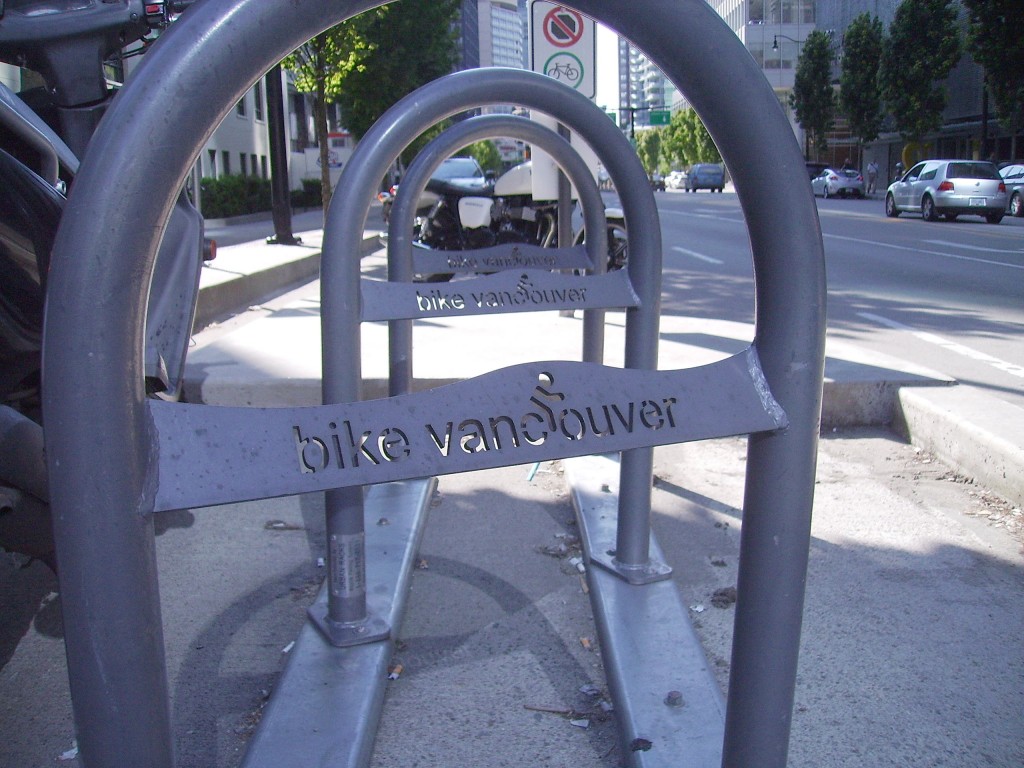 For when you DON'T bike Vancouver

Anyone who does not have a bike (including a lot of tourists, it seems) is able to find a lot of non-community, private rental stations easily, so the lack of a community rental system is only recognized by those, like myself, who particularly look for one. Its a wide variety of bikes to chose from in the private rental stations, so any kind of bike you would like to ride for once you will be able to find somewhere it seems. Even rather unusual ones you would probably not want to buy yourself. 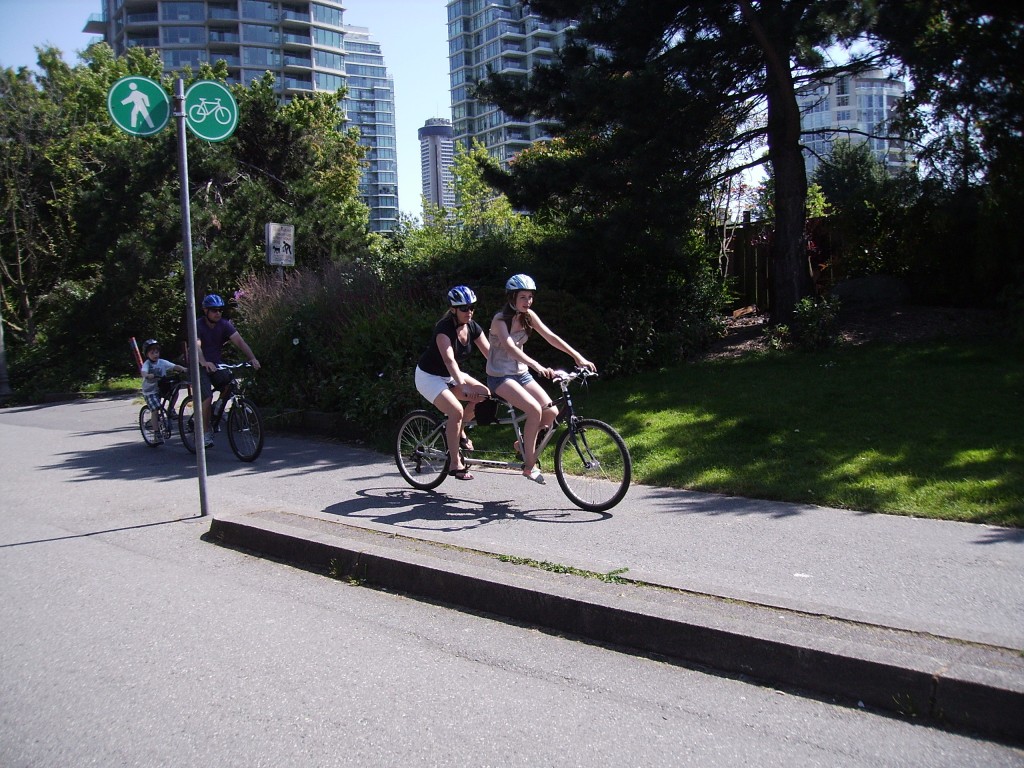 Take a chance and ride a tandem

And people ride them in a very relaxed while disciplined way. Separated from cars (see above) as well as from walkers and runners like in famous Stanley Park where there are, again, separate designated lanes people actually respect in a very non-chalant way. 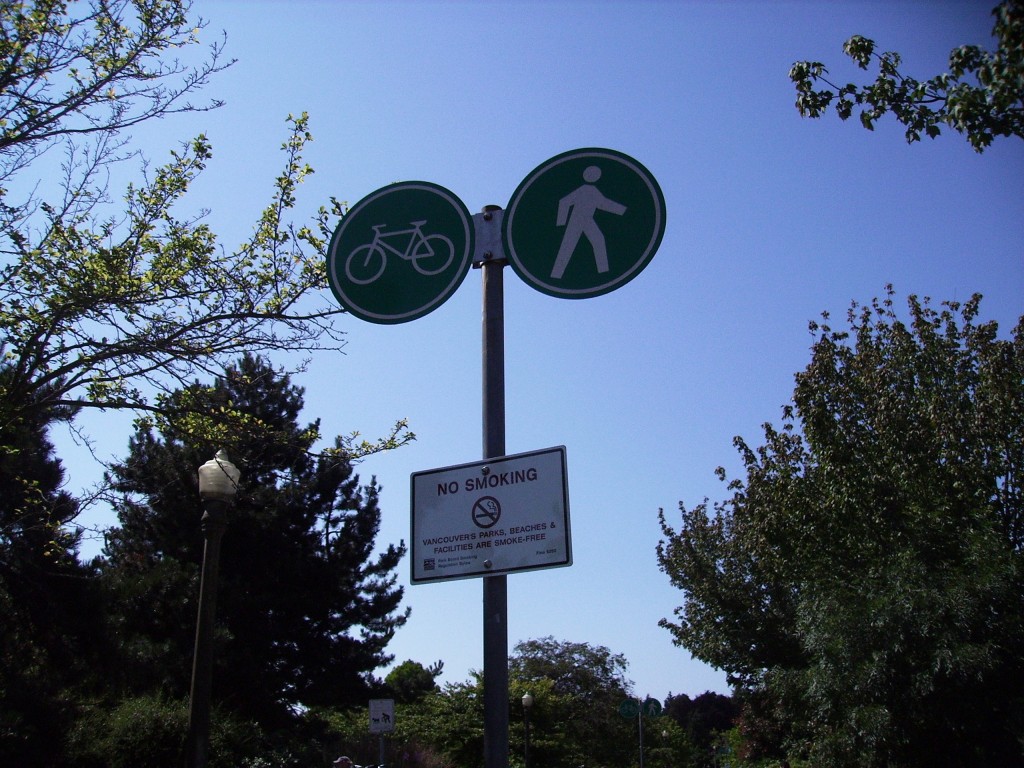 All in all a pretty nice and mellow city, I have to say – definitely one I would like to come back to to visit as a tourist. A tourist with a bike, that is!