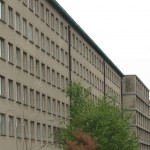 Yesterday’s stroll through Greifswald’s harbor museum made me really long for the sea which I have always loved. And today was the day when we would reach the coast of the Baltic Sea, cross over to the island of Rügen and keep on riding on this biggest of all German islands.

However, there was water a lot sooner than planned, namely from the third kilometer of today’s leg  on, in the form of rain. Or maybe only drizzle. But when you also manage to lose your way within the first handful of miles, catch your mistake and correct it by navigating through fields and woods (being splashed by fine sprinkles of mud and sand, covering ankles, sprockets and chain), even a drizzle isn’t all that fun.

It is not all that fun either when you are trying to catch a certain ferry as they only run every 20min. „Approximately every 20min“ as the respective web site cares to point out. In this situation, it is really a little less than you would hope for when you realize a sudden malfunctioning of the brake (probably slightly dislodged by the increasing sanding and grinding effect of the grit filling up the space between rims and brake shoes). Re-adjusting the brakes and the cable tension to at least being able to resume riding without the constant swish of the brake against the wheel at least allowed for some acceleration, but of course not for making up for all of the better part of an hour which we had lost on all these mishaps of the morning. 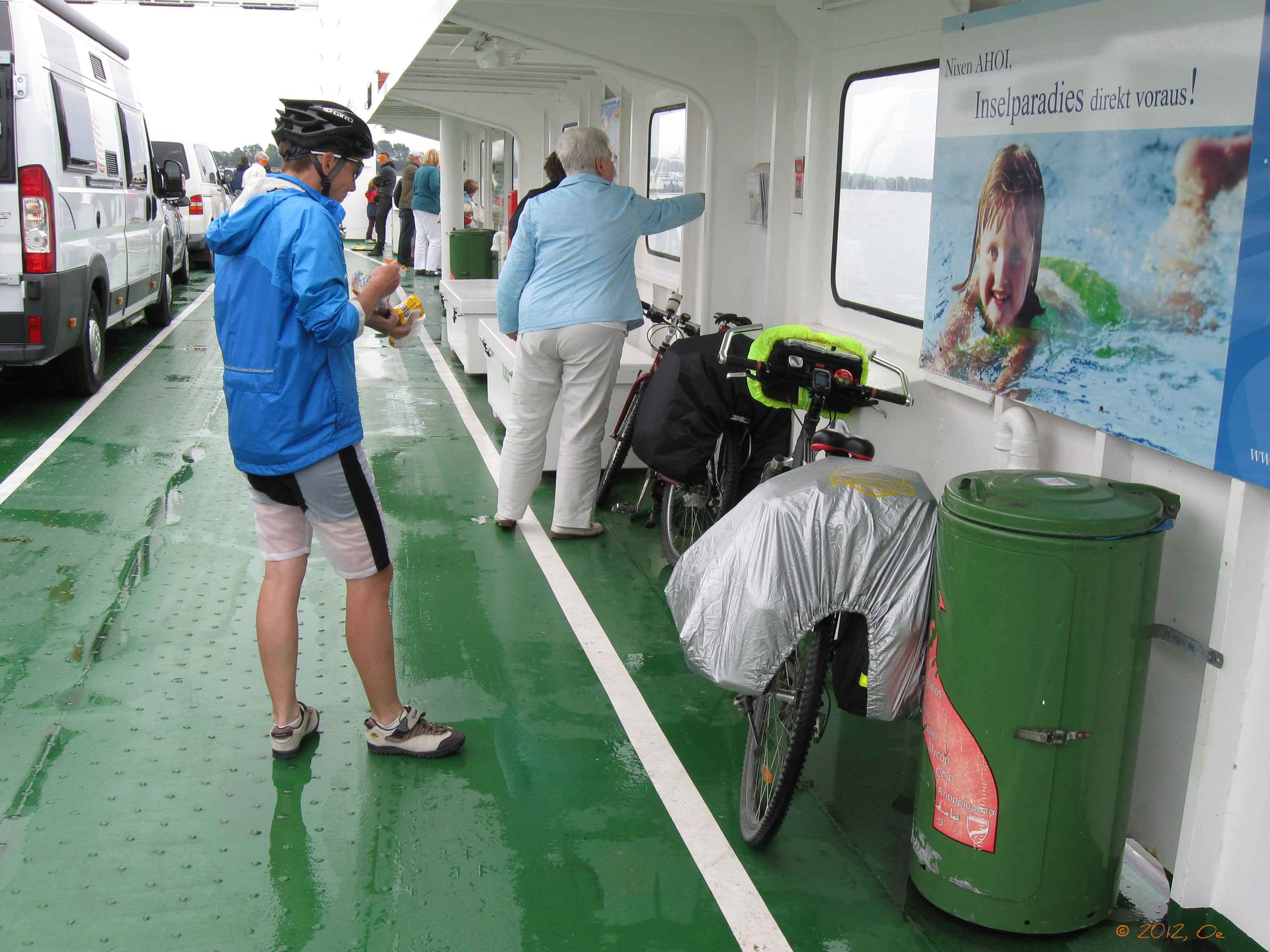 It was simply a different ferry than planned that we caught, so in the end, nothing was lost but some temper and nerves. And something was (re-)gained, namely the aplomb that (oh, right!) we are on vacation and, hence, can simply take our time; and take everything happening to us just the way it happens to be. And enjoy the sights to be seen and the adventures that make for good stories when told later on.

My beloved Baltic Sea as seen from the ferry over to Rügen. The Lady was a bit grumpy today, but - hey - aren't we all entitled to less sunny days every now and then?

Right at the ferry landing, the arrival on Rügen was celebrated by a small drink of „Sandi“, a pretty special soda flavored with sea buck thorn. Actually yummier than one would think… And since this drink is of course frighteningly healthy as well (and contains quite some sugar), within the blink of an eye we reached Putbus. 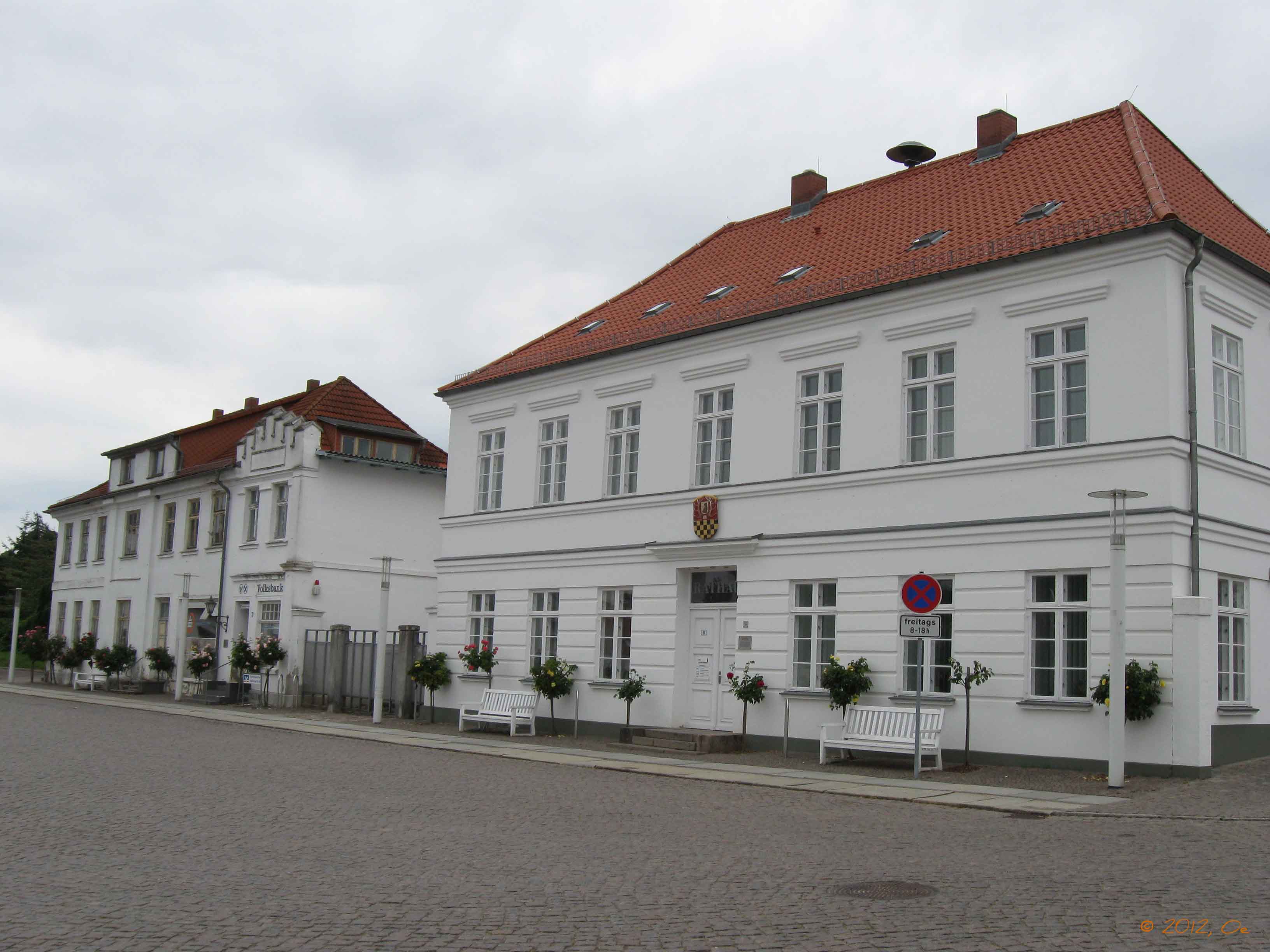 Putbus, the White City of Rügen, is sometimes called "Rose City" (due to the roses in front of many buildings); despite the semantic (slawic) origin of "epod boz" actually pointing to elder, not rose bushes

Although Putbus is the youngest of all the cities of Rügen, it is, at the same time, the oldest seaside resort of the island: Founded in 1810 by the local prince Wilhelm Malte I., the whole town was erected in the neo-classical style matching that of the prince’s palace. The whole idea behind was that Wilhelm Malte I. was so impressed by the buildings he had seen on his visit to Bath, England, that he wanted to have something resembling this resort right in his front yard as well. But he knew to set his priorities: The first building of what was growing to become the city of Putbus was a brewery. 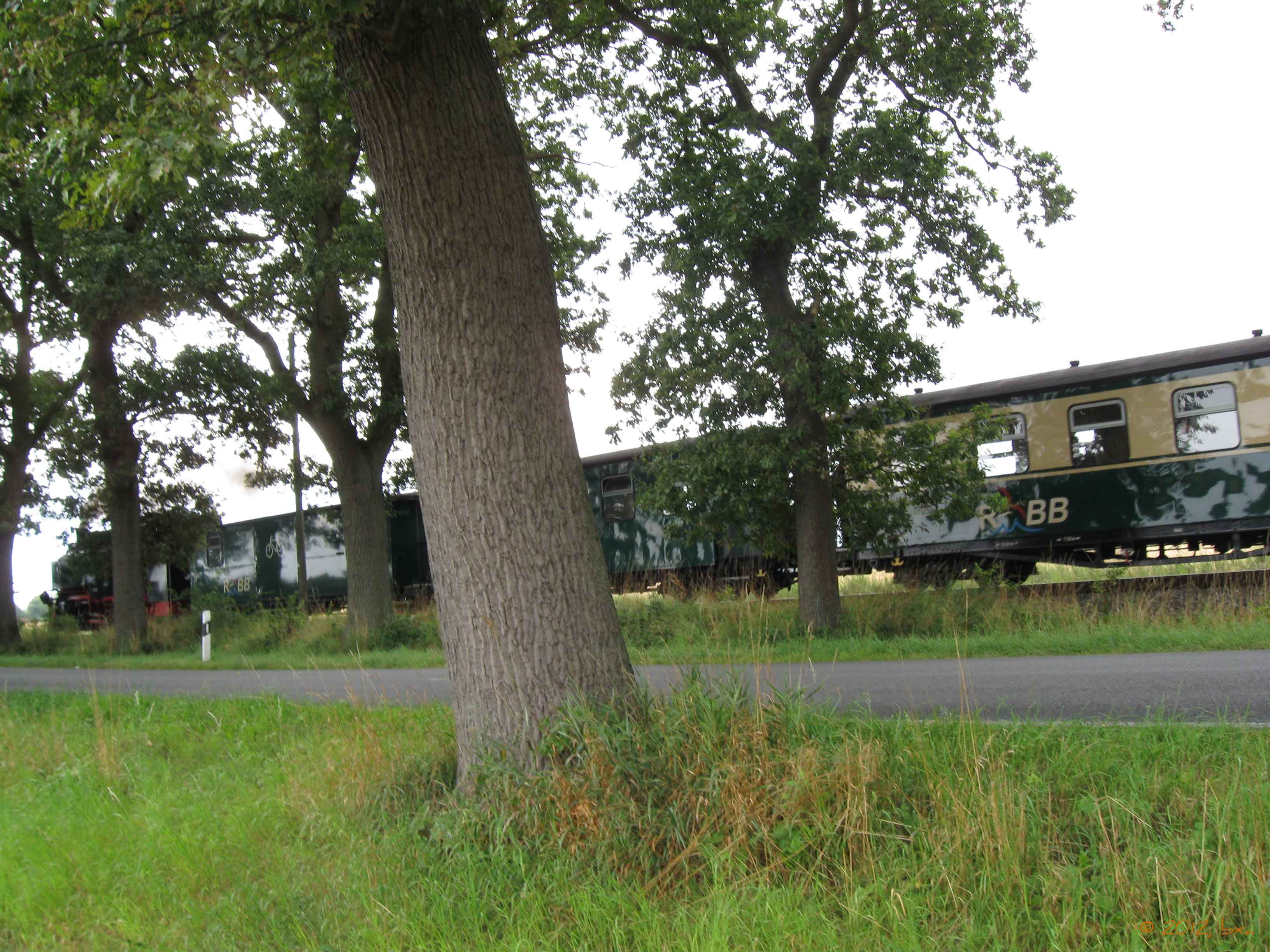 Travelling (almost) like in the days of Wilhelm Malte I.: "Der Rasende Roland" ("Rushing Roland"), an historic steam train of about 100 years of age, is one of the few narrow-gauge railways left.

And then: We lost our way. Again. And were very glad that for once we could locate our whereabout (and whereto) on a map, not having to exclusively rely on the bonsai display of the Garmin device. 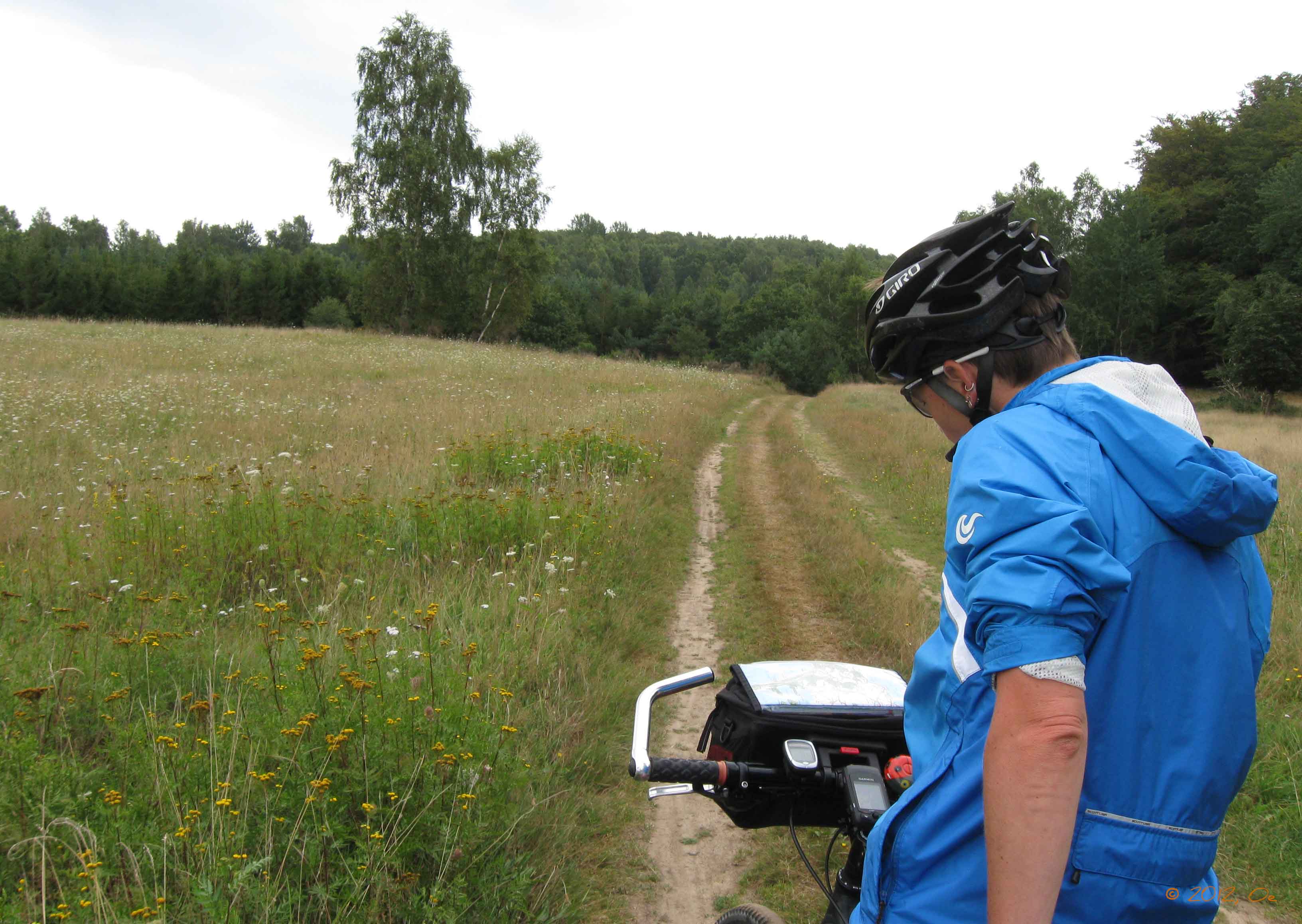 Losing our way despite a GPS device plus a paper map

Despite our heavily loaded bikes, we managed  to maneuver some single-trails through the woods that resembled quick sand more than we had wished they would. 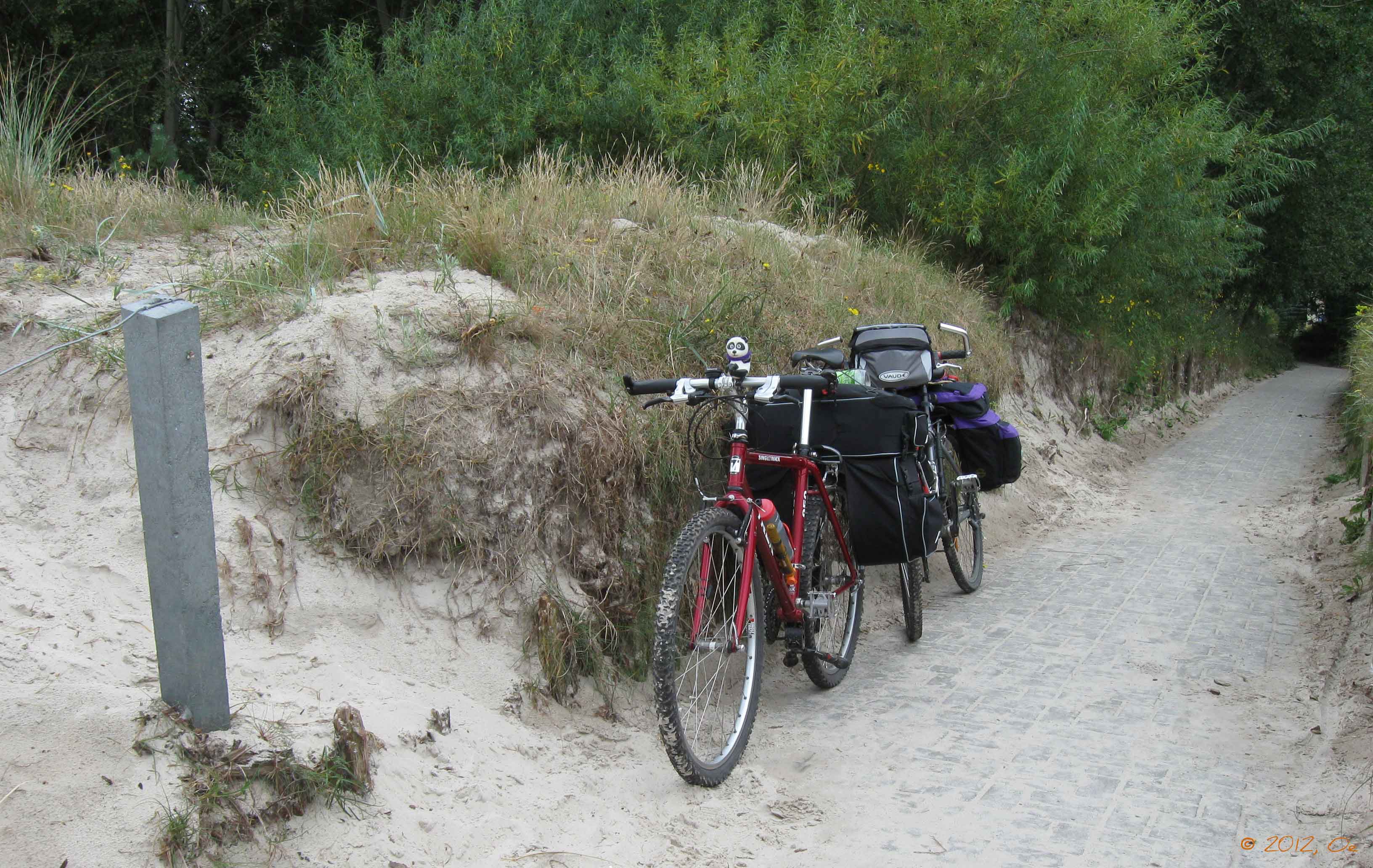 But ultimately, we  arrived at our next sightseeing stop: Prora, with its infamous history of various inglorious German regimes of different colors (namely brown and red, respectively), but astonishing similarities. 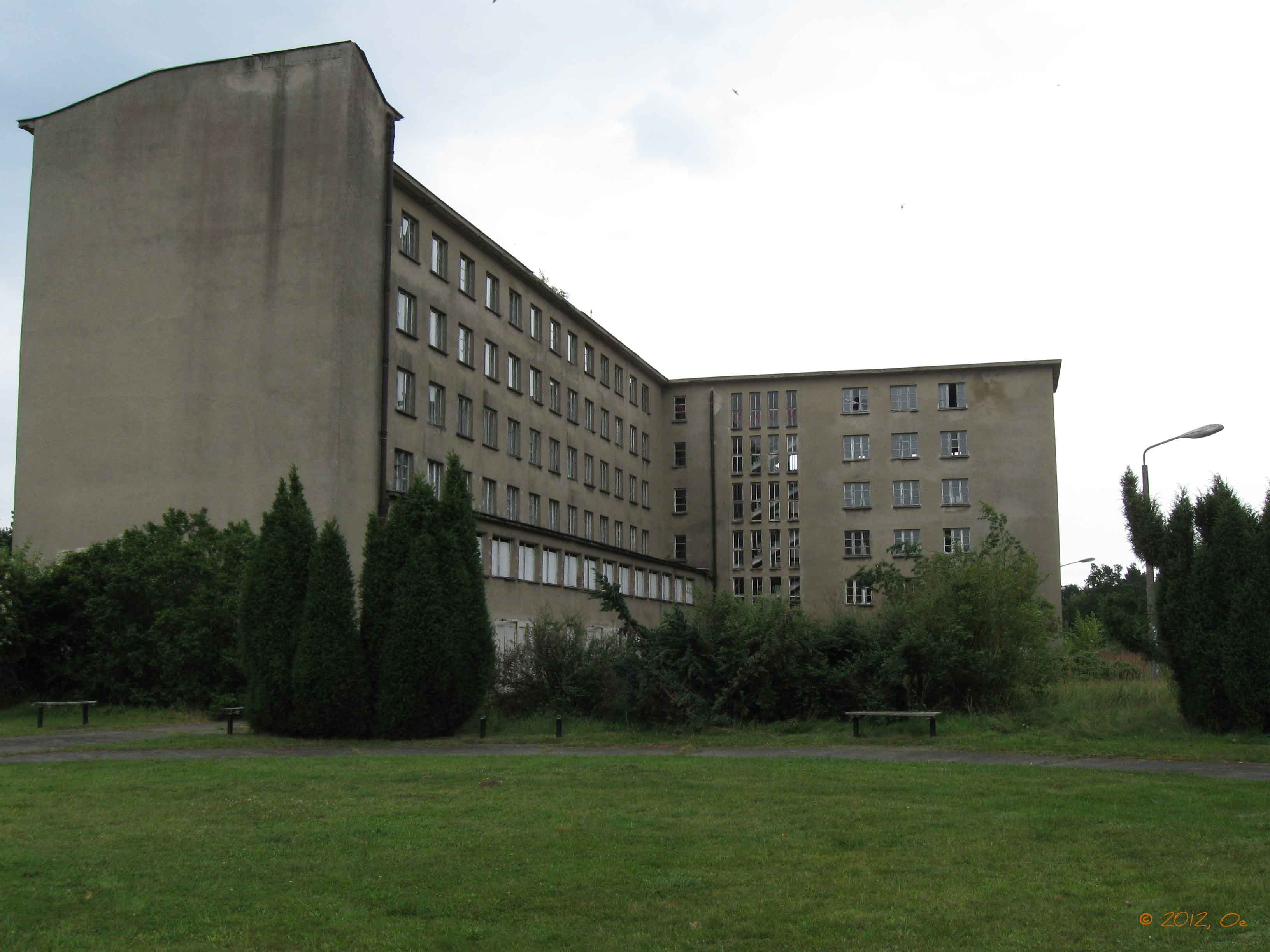 One of many buildings at Prora that were started to be built by the Nazis between 1935 and 1939. They were planned as a seaside resort with 20,000 beds as part of the "Kraft durch Freude" (KdF) initiative that was aiming at benign-looking, but fully controlling organization via the German people's spare time 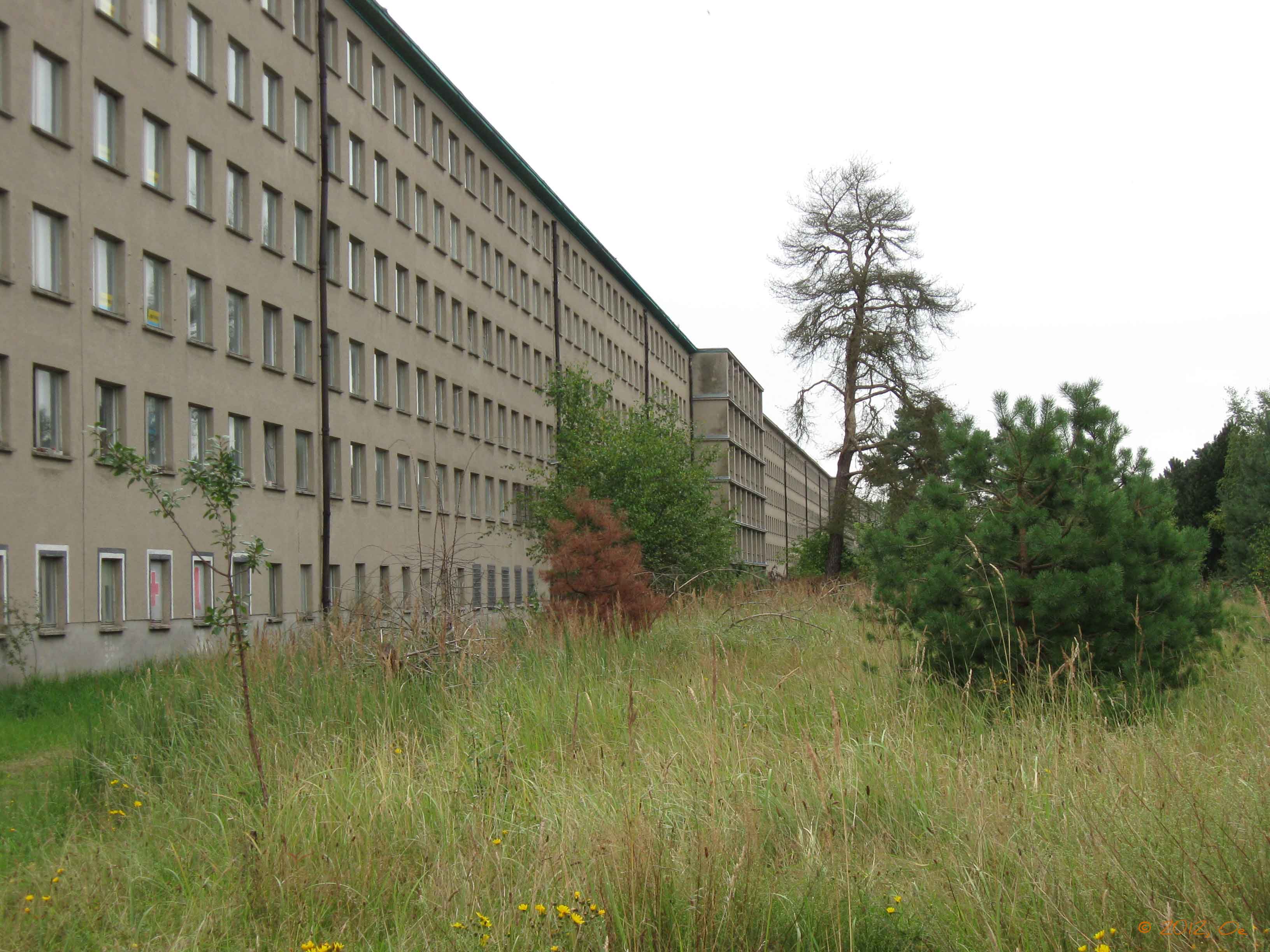 From 1945 on, the Red Army used some of the buildings at Prora, e.g. as detention camp for former land owners and for their own soldiers. From 1949 on, the army of Eastern Germany used the site as well, with up to 10,000 soldiers being stationed there, e.g. for their training at the School of Military Technique Erich Habersaath

But at least those who had to spend some time of their life in one of the rather bleak buildings had a nice view of the Baltic Sea (admittedly, this was probably not of any relevance to the detainees of the post-war Russians…). 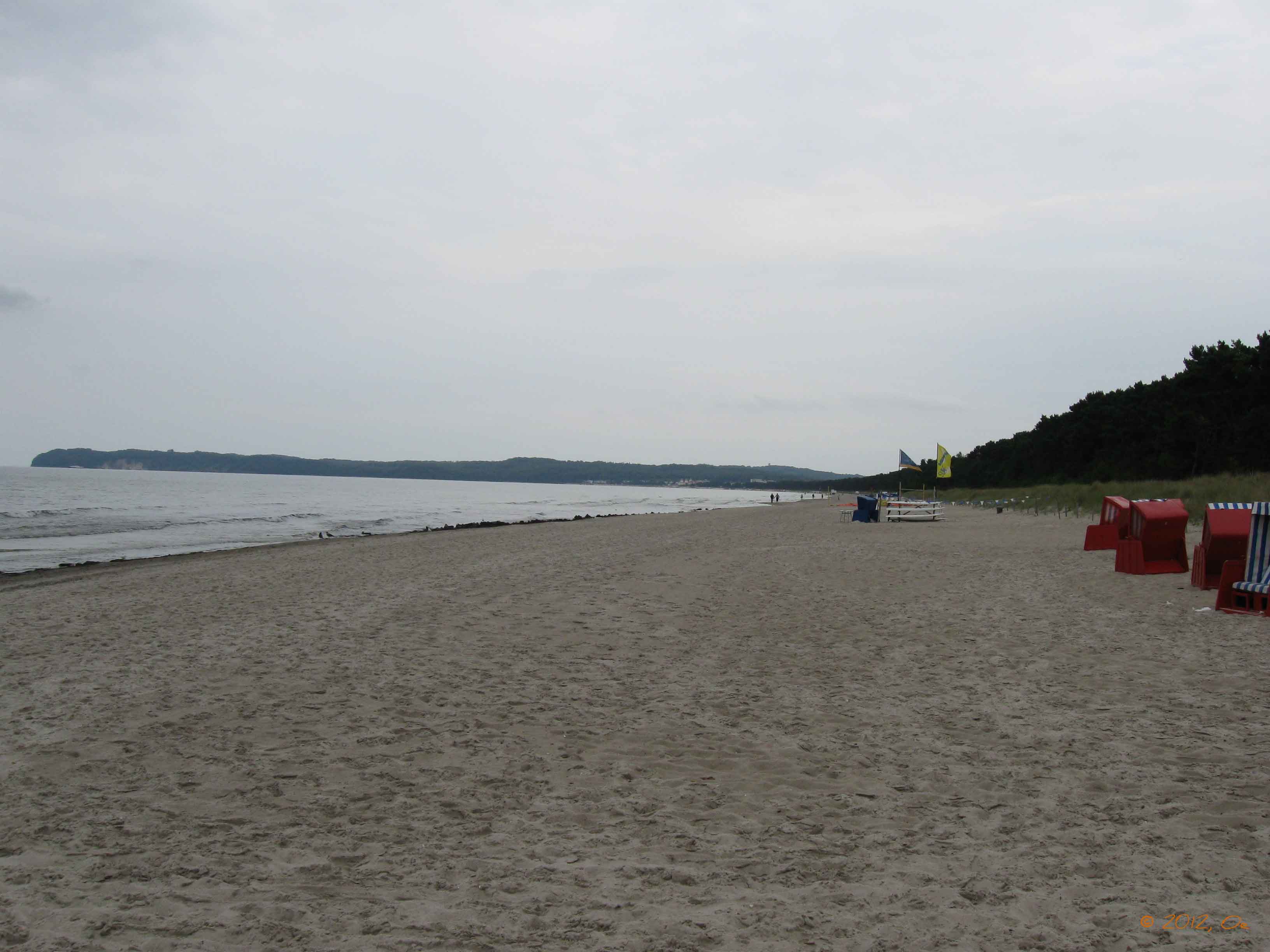