Went to the little town of Wertheim today. Officially it was to visit the annual garden festival held there. And to spend way too much money on way too many plants and fun garden decorations, so basically the usual. At least at first glance. 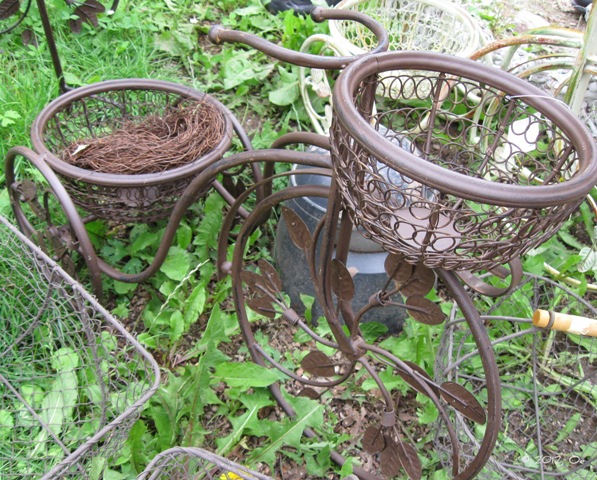 An example of the rather cheesy decorative garden objects that yelled "Take me home!"

However, the trip was good for something else as for some 1.5 years now I have been toying with the idea to take my travel bike onto the bike path along the river Tauber for an extended weekend. Until today, though, there has always been one reason (pretext?) or another to procrastinate. 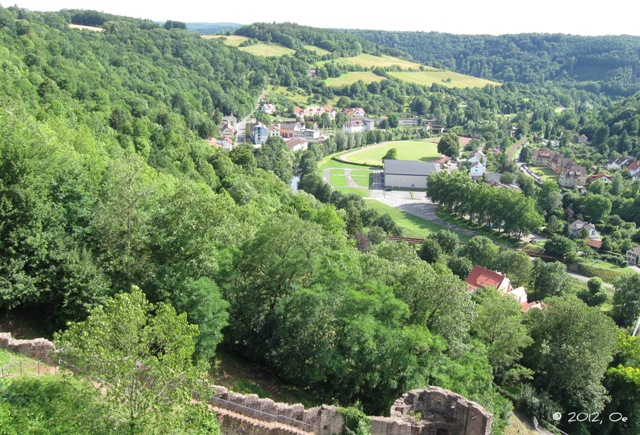 And although Wertheim is known as being crossed by the river Main, it is also the location where the smaller river Tauber joins the bigger Main. Consequently, Tauber Bike Path is leading through the small town and right through its medieval center as well. 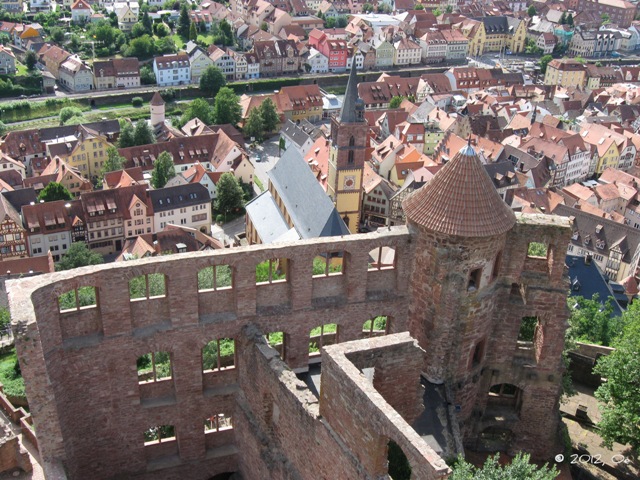 View from Wertheim castle down to the medieval Old Town

When I took a look at all the bikes parked in front of the little cafés inhabiting the timbered houses of the center, I am not sure I want to be part of what seems to be a long, continuous winding row of bikes lined up on the bike path like pearls on a string. Then again, if so many of their riders are just sitting around in the cafés, maybe it is actually a free spin that can be taken on the bike path. I won’t find out, if I don’t ride it, will I? 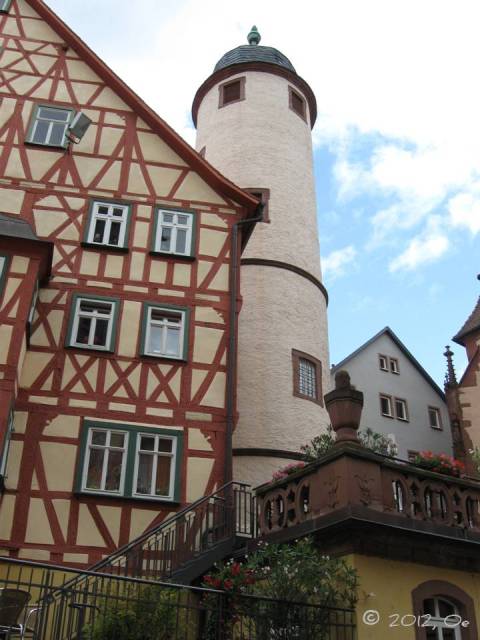 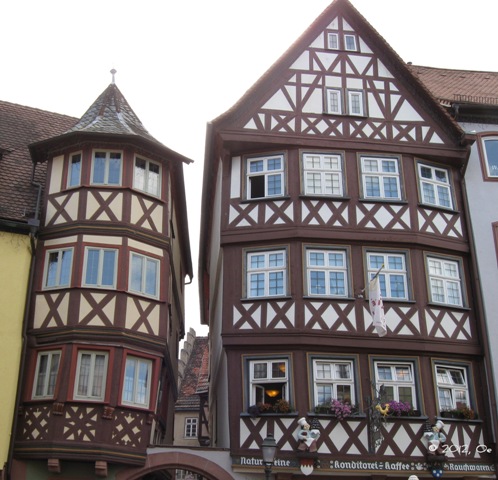 And since for once, none of my own bikes was to be ridden today, it was actually possible to take the numerous steps up to Wertheim castle that has overlooked the town for more than 800 years by now. 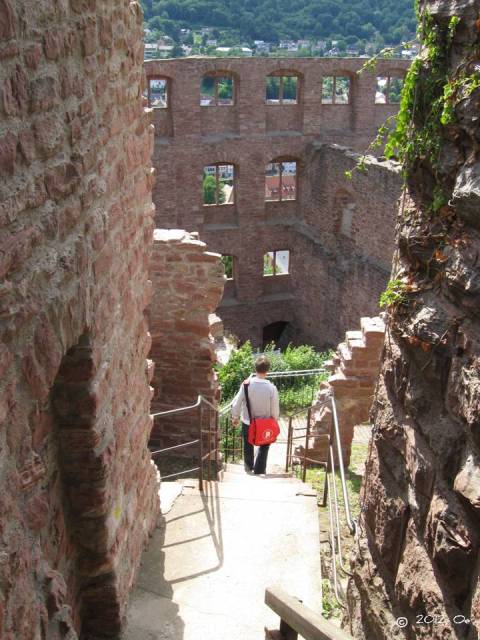 From medieval times when it was one of Europe’s best-armed/armoured stronghold to the end of WWII when a lot of lives were saved by hissing the white flag of defeat on the highest of its towers and, hence, telling the allied forces that there was no need for further bombing, the castle has played an important and many-facetted part in German history. 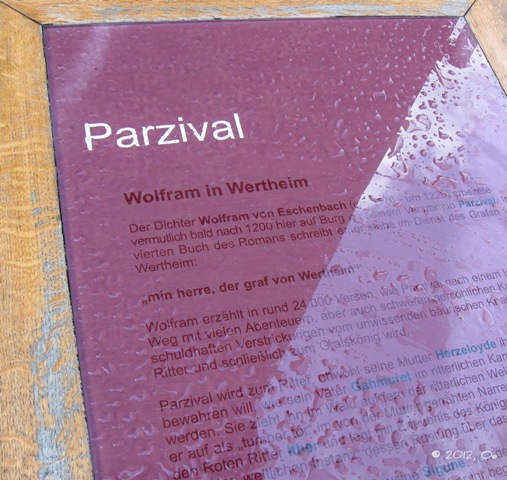 Not only history of wars and aggression, though, but luckily also in cultural terms, Wertheim castle had an important historical part to play: “Parzival”, that great and possibly first written coming of age story (that still holds a lot of learnings about and insights into human development as a social being, individually as well as culturally) was written up in some 25,000 verses on Wertheim castle by the medieval poet Wolfram of Eschenbach in the early 13th century.

So, in a way Wertheim might count as one of the birthplaces of German (if not European) modern society and the standards that evolved for living as part of it, of the recognition of empathy being a bigger social virtue than solipsism, and of social gender differences. A hugely modern, still highly relevant piece of literary work has, thus, been born in Wertheim.

If that is not a very good argument for setting out to find more such hidden and/or forgotten places along the Tauber Bike Trail, I don’t know what should. 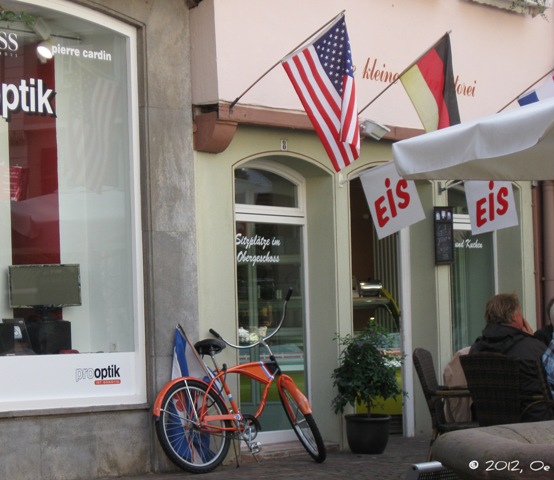 Is it a Dutch biking afficionado who gets an ice cream here in Wertheim?