VELOBerlin explicitly does not want to be „an exhibition for bike sports“. It even sounded like they want to showcase all sorts of bicycles and bicycle-related aspects but bike sports. Too bad this statement, pretty rigorously belted out by Ulrike Saade, general manager of Velokonzept, the show organizer, wasn’t underscored by any sort of explanatory rationale or argumentation. So, I was left rather clueless as to where the apparent – negative – emotion towards those on road and mountain bikes was rooted. 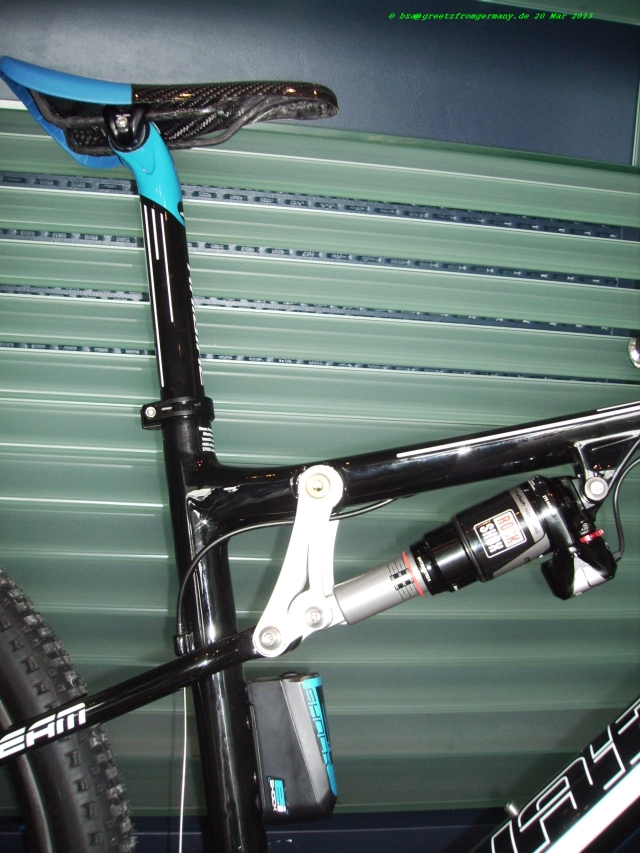 But in a way, this unsubstantiated statement fell well in place with all the other statements made during today’s VELOBerlin press conference:

Senator Michael Müller praised the new urban bike/biking strategy of the city’s – but did not really let the journalists in on what exactly this will consist of (the only slightly more concrete hint was about „a bicycle parking garage – Berlin does not have one yet, while other cities do so“… vague enough, alright). He rather grew quite defensive (to avoid the word „aggressive“ here) when he was confronted with the alleged job cutting of a rumored 25% in the respective urban administration. No response of any substance when he was asked to comment on the current € 1.18/inhabitant that Berlin spends on bike infrastructure and concepts while the German average reaches € 5.00 per capita.

And on and on it went: Basically every member of the press conference panel presented numbers and statistics, just like Senator Müller. But nothing was analyzed, projected, explained, embedded into any sort of strategy or concept. So, all these numbers remained to be just that: numbers. No relevance associated to naked numbers, no emotions (let alone: enthusiasm for the bike, biking, the future of urban or „out-of-the-cities“ concepts or, beware!, visions. 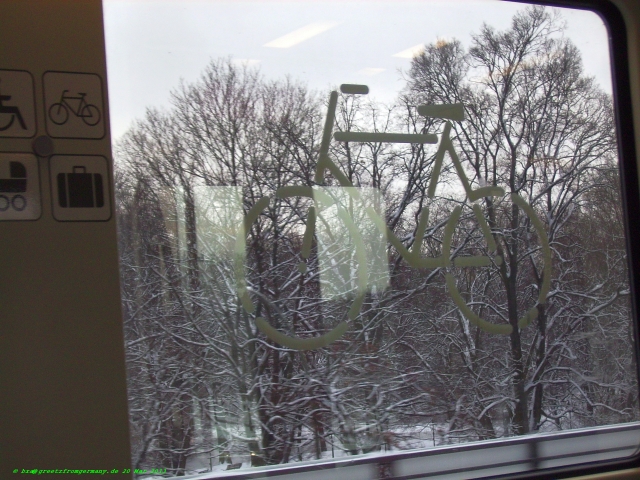 Okay, some people apparently simply go out and do things, try to change things, work for a better way of cycling and living – such as Dirk Wetzel of the network initiative „Active in the Outdoors“ (Aktiv in der Natur). But, hey, Mr. Wetzel, if you have the chance to actually ralley for this initiative and the achievements you have obviously been able to successfully reach already, why don’t you put your heart and soul into marketing it to the journalists with all your might and enthusiasm? (or, if this is all the enthusiasm you can show, Mr. Wetzel, send somebody else to market your achievements for you…) 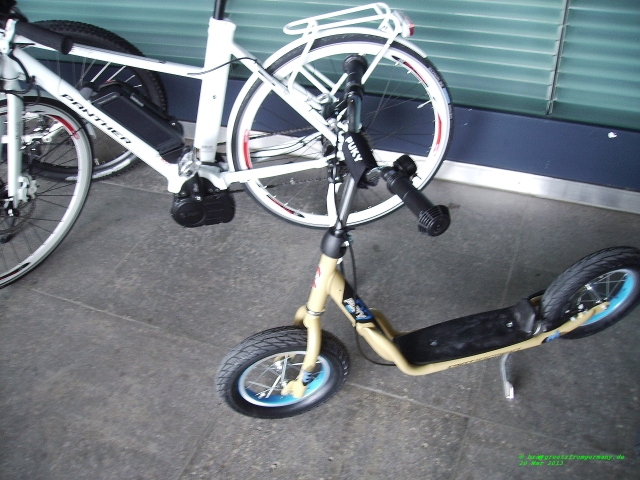 Puky presents their "Golden Edition" scooter for kids around here while we are left wondering whether all those bikes imported from Cambodia make for kids's lives being anything but golden...

Why do we talk about the bike as one of the central means of making life in the (German) city even more attractive and worthwhile, but „forget“ to give the working conditions (and – child? – workers) in Cambodia the shortest of thoughts when listing the dry statistics of Cambodia being the origin of 16% of bikes sold in Germany now … just adding, smart-ass style, that this obviously makes a lot of sense as no customs duty apply to import into the EU. Great, so let’s give a thought- and sense-less round of applaud and rather keep from questioning why so many people seem to prefer the (cheaper … but for a social price) Cambodia bikes over, say, bicycles not only designed, but also produced in Germany. 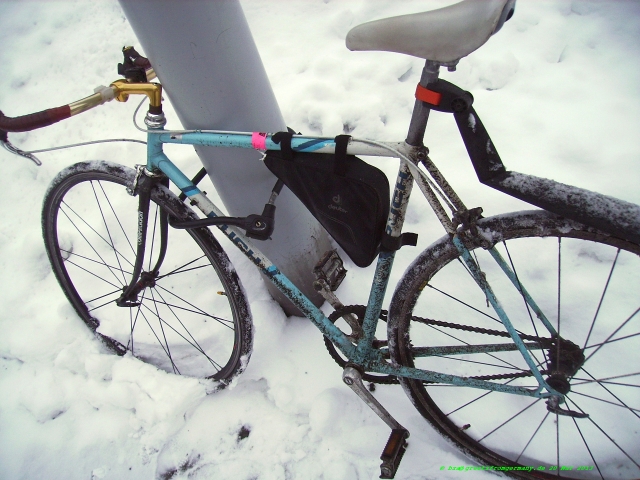 A different way of saving money on your pedaling vehicle: Keep riding your old PUCH although it might not win any beauty contest any more. But it’s solid – and it has character.

Well, in a way, it seems. On the other hand: ZIV’s Siegfried Neuberger and Thomas Kunz of VDZ seem to praise the electification of the bicycle scene for a very good (i.e.: profane) reason: With € 1,500 – 2,000, pedelecs are about 3x to 4x as expensive as the average bike sold in Germany. Let’s make an educated guess as to why the projections are as high as they are – and why this brings a slight grin on the faces of those who directly benefit from that. 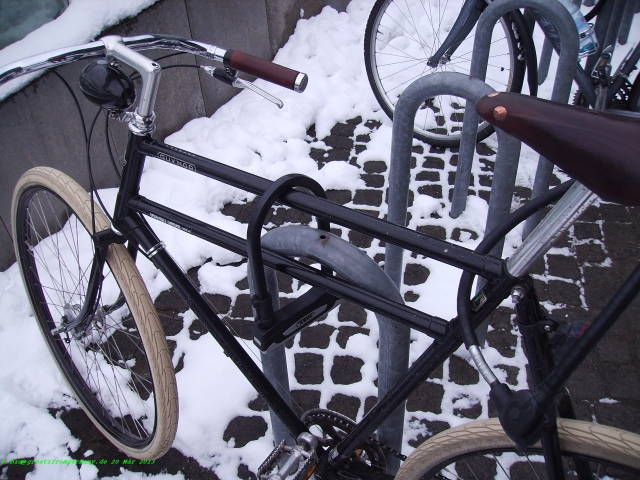 And if you really want to spend a lot of money, then - for God's sake - do it on a bike that has style; such as this Guv'nor Pashley with Brooks accessories ... yum

Not that I personally don’t think that everyone who wants to ride a bike, should be able to ride the bike he or she likes best for his or her biking/transportation/sports needs. And if people want to ride pedelecs, go ahead – fine with me.

Electric support to the rider’s muscle power even makes a lot of sense in some biking niches. Think „UPS and other delivery services“ and cargo bikes, for example. The heavier the load, the smarter it is to support by a bit of electric motor power (especially in areas where the terrain is somewhat hilly). 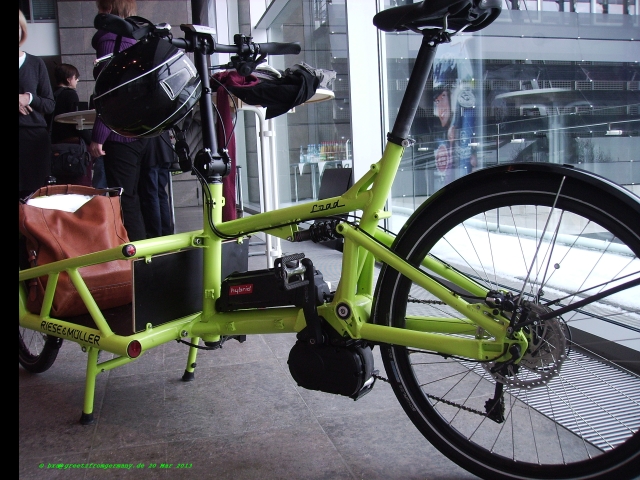 And even, if the bicycle manufacturers apparently want to create new trends such as „uphill by pedelec motor, downhill by good-old-MTB feeling“ (yes, VELOBerlin will show pedelec mountain bikes … what a shame!), that’s fine. We don’t have to understand or even promote this new niche (?), myself and all the others who may still subscribe to the good old definition of biking being a sports and, hence, having to do with earning your reward (going downhill) by blood, sweat and tears (going uphill the traditional way of cycling).

But I definitely want to see more than just a show of what the industry wants people to long for and buy, saturating needs that the industry itself has artificially created before. VELOBerlin is proud of being the „biggest consumer show centering around the bike, new urban mobility and bike travel“ – and somehow the first and basic aspect of all of that, the traditional, historic if you will, bicycle is actively neglected.

As with every other aspect of life, the question of „Where will we go in the future?“ can only be answered, if we understand, respect and appreciate where we (and your cycling machines and culture) are coming from.

VELOBerlin unfortunately seems to need a little reminder of this. 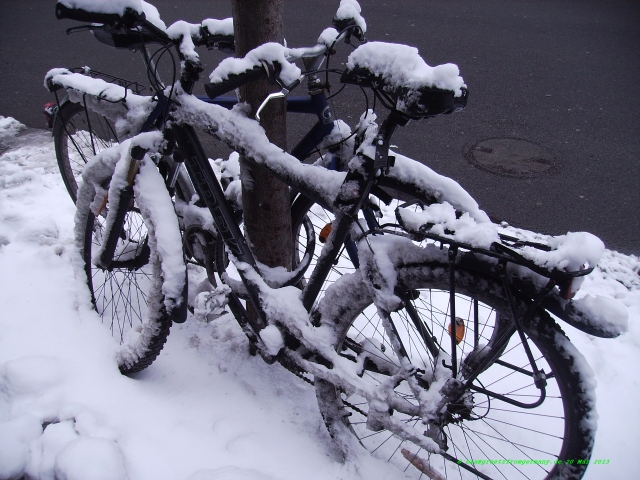 Traditional bikes still make for the most beautiful pieces of art work - sometimes, nature adds a little something to their beauty