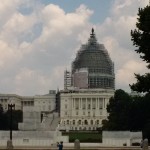 Not too much of a surprise that in Washington, D.C., a lot of things point to the fact that the blog author is at the powerhouse of political influence. 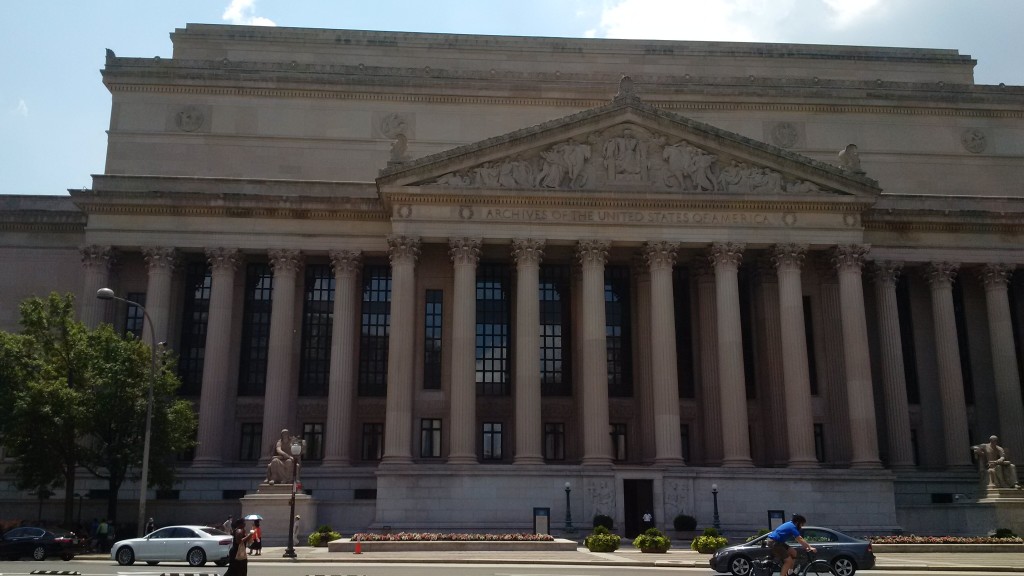 Archives of the United States – as grand as humbling …

Consequently, no surprise either that the American people have erected impressive buildings and monuments to remind the visitor of this fact – and, at the same time, humble him or her as the catholic church humbled the European people hundreds of years ago by their monumental churches and domes.

This aside, though, it did cross the blogger’s mind whether there could be a political statement being made by the choice of location for this bike rental station: 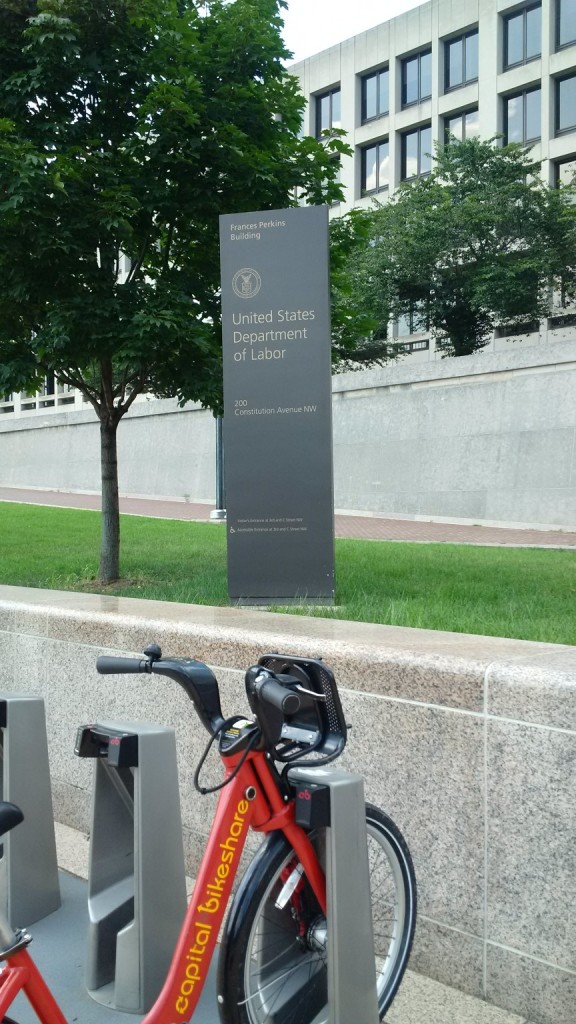 Bikes for those who cannot afford a car? Well, even if it were a political statement of that sort (which is probably not the case), what kind of statement is made by this choice of hotel bathroom wall cover, then? 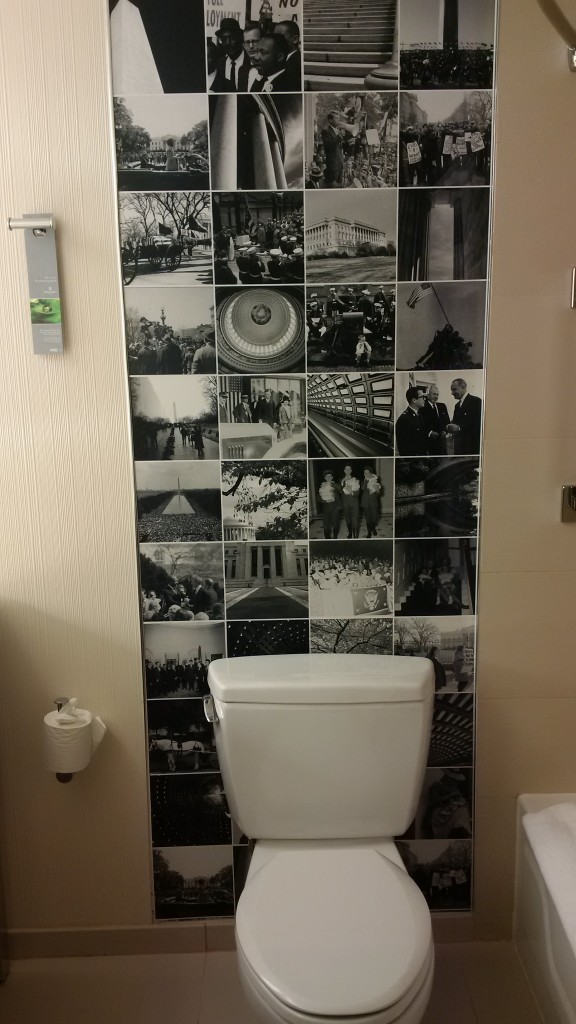 Politics have gone down the drain?