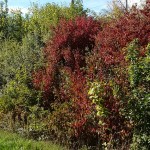 Riding through the hills and looking at the woods beyond underscores it yet one more time: Indian Summer has nothing to do with India (duh), nor with the US or Canadian Indians; or thereabouts. Indian Summer should actually be named German Fall, as over here are all the colors tourists are seeking when boarding the plane in September to go to the North America. 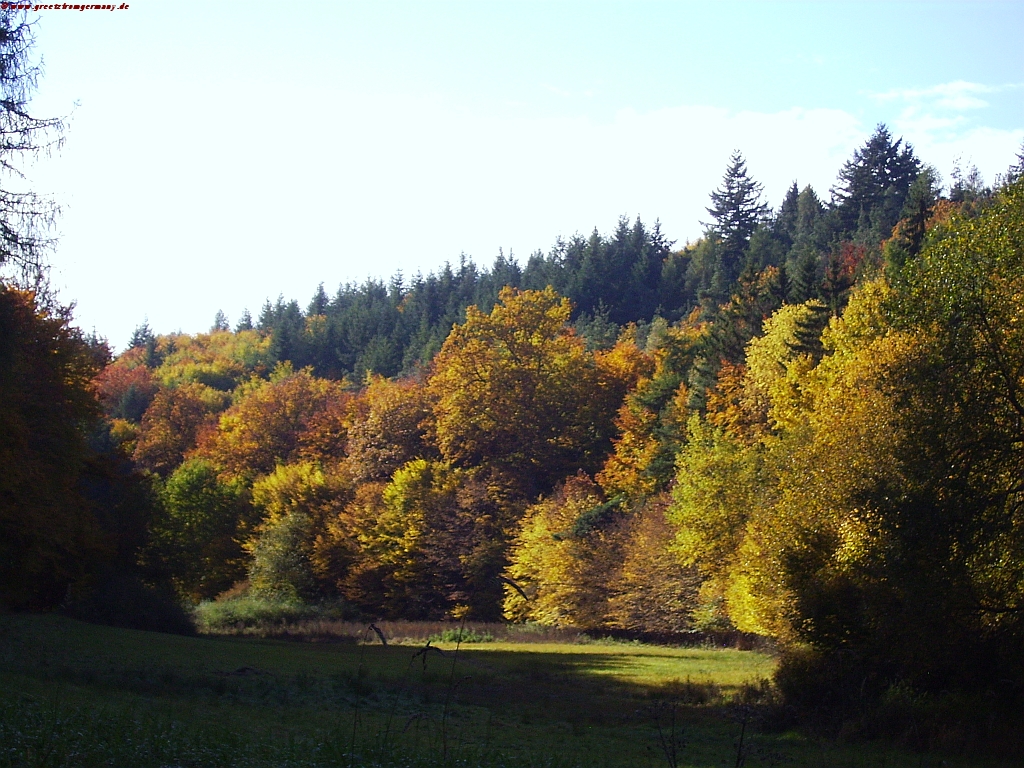 And, yes, it is obviously a much smaller country than the Northern Americas. But the sights nature has in stock for us can be as spectacular, especially on a windy day, when clouds are massed together. 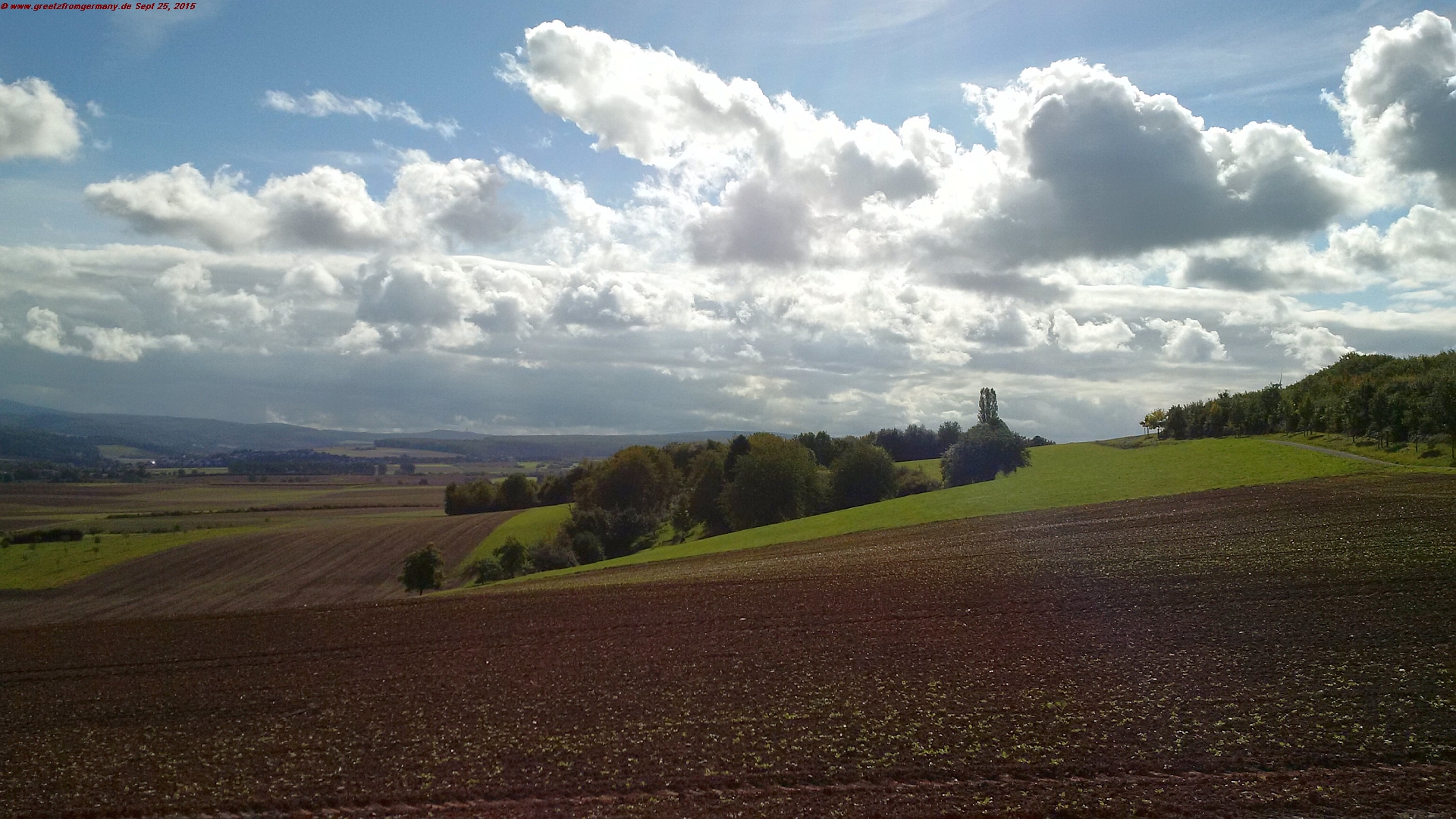 On the other hands, these massive and sometimes pretty gusty winds do of course have a significant downside: They are not necessarily advantageous for the average speed the avid rider brings back home. 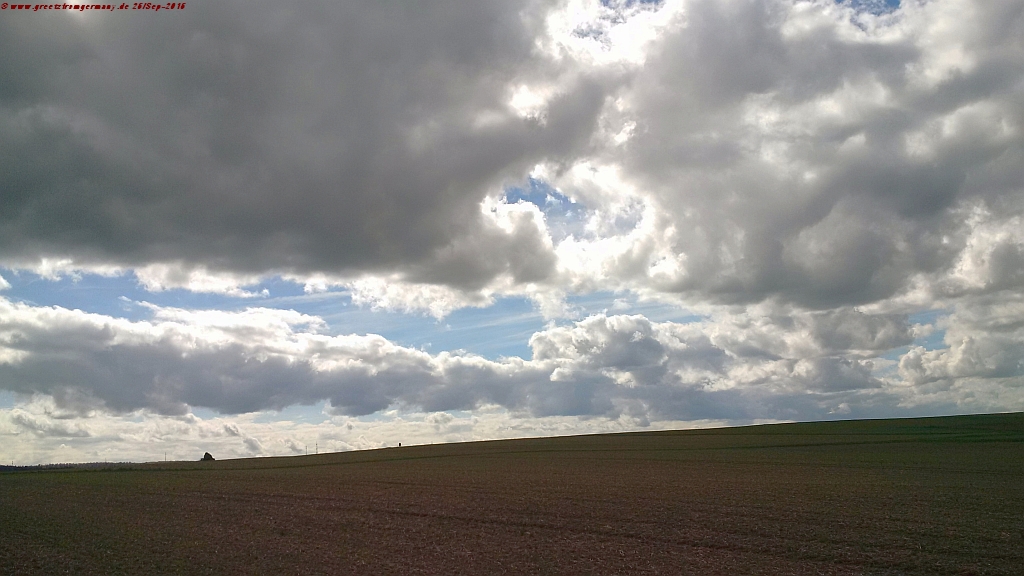 For some of us, though (definitely for the blogger, that is), this is a sign to slow down for the remainder of the season. To ride for pleasure only. To take in the three „s“ of what nature has offer to the those of us who pay attention: sights, sounds, and smells. 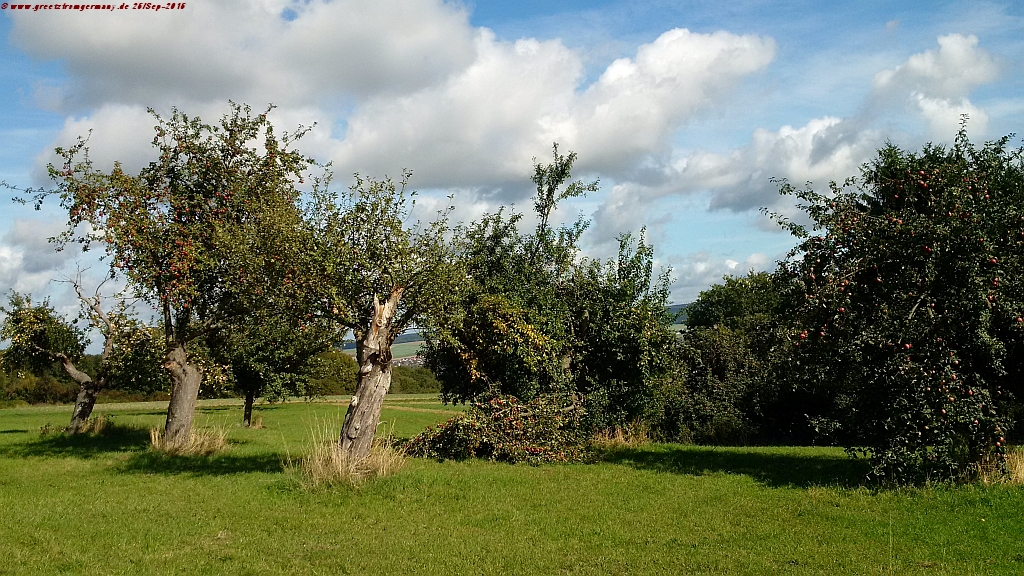 And once the pace is down, why not take a little detour and wander around in the towns and villages that, earlier in the season, have been raced through in a chase for better shape and times. Each of us knows the feeling: Yes, we „know“ the town of X or have been hundreds of times through the village of Y – but have we ever taken the time to look at something else but the rubber of the back tire in front of us; or the traffic light we are speeding up towards, hoping to pass through before it changes to dark-dark red? 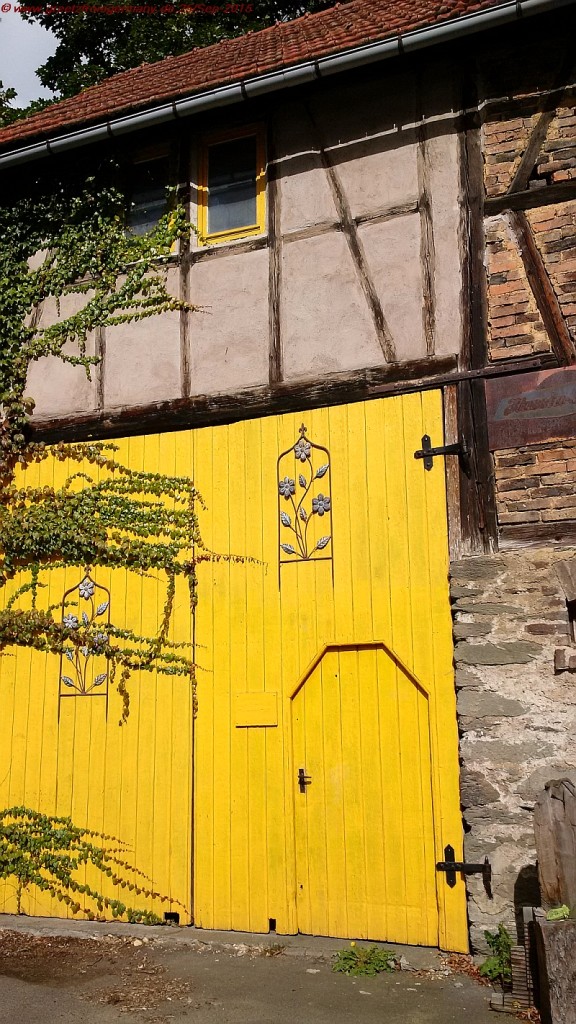 There is, for example, the little town of Kirberg in the Taunus region. It is only a stone’s throw away, but only these days the blogger has come to realize that this tiny, sleepy place is actually a bit of a tinsel town of historic buildings. What a massive accumulation of well-restored and -kept huge timbered houses, dating as far back as into the late medievals, the 15th century. One of the most impressive and splendid Kirberg building is, e.g., so-called Stein’scher Hof, built in 1481 by a member of the blue-blooded family of Reifenberg. 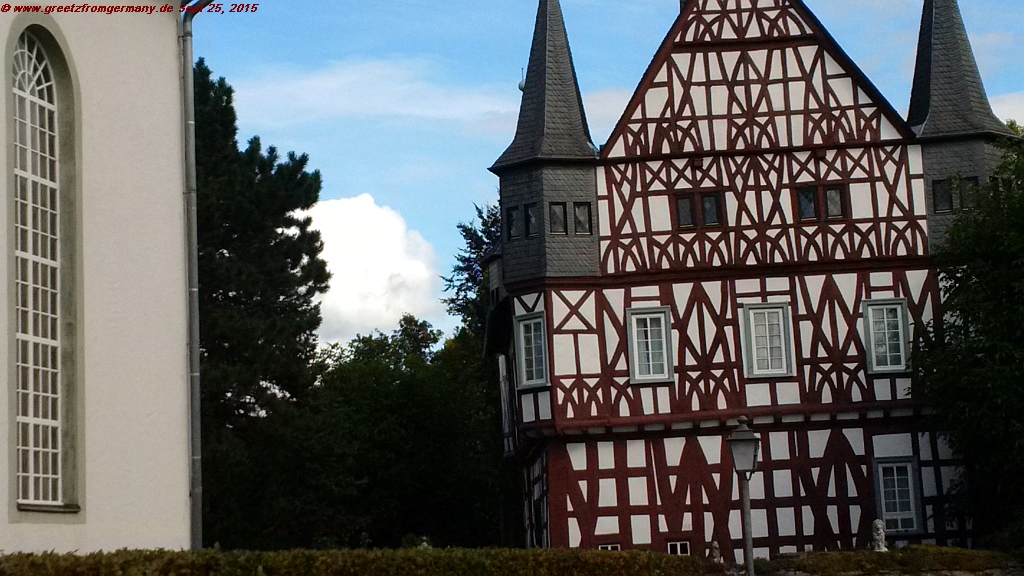 Curiously, beauties are ignored when sleeping. This was the case with Stein’scher Hof for the longest time as well. Only in the 1970’s, our contemporaries thought that they may have something amidst their town that was actually something worthwhile to recognize as special, and acknowledge. So, they peeled away the layer of slate that covered basically all of the building’s outer wall. And, tadah, what did they find: half-timber that was almost perfectly preserved through literally centuries of sleep. Less than 15% of the timber had to be restored to rejuvenate this particular beauty.

That’s what the blogger learned today: Protect from the wet.

And better even: Keep out of the weather and in the dry. 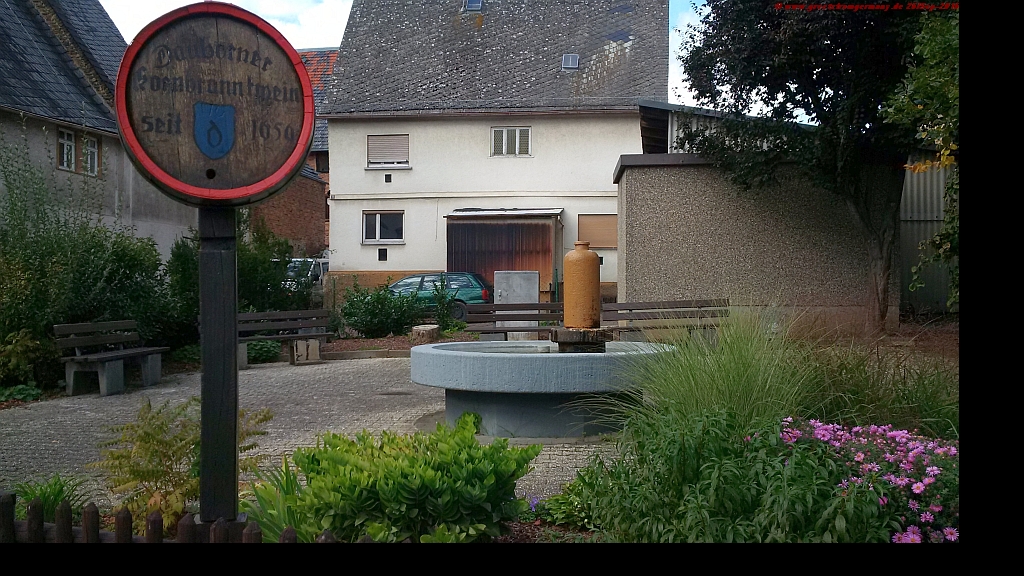 P.S.: In looking at the pots of plants and flowers these days, while trying to keep with the aforementioned good advice, it seems that biking season is almost over (or the rain jacket needs to be moved to the top of the biking clothes pile again). 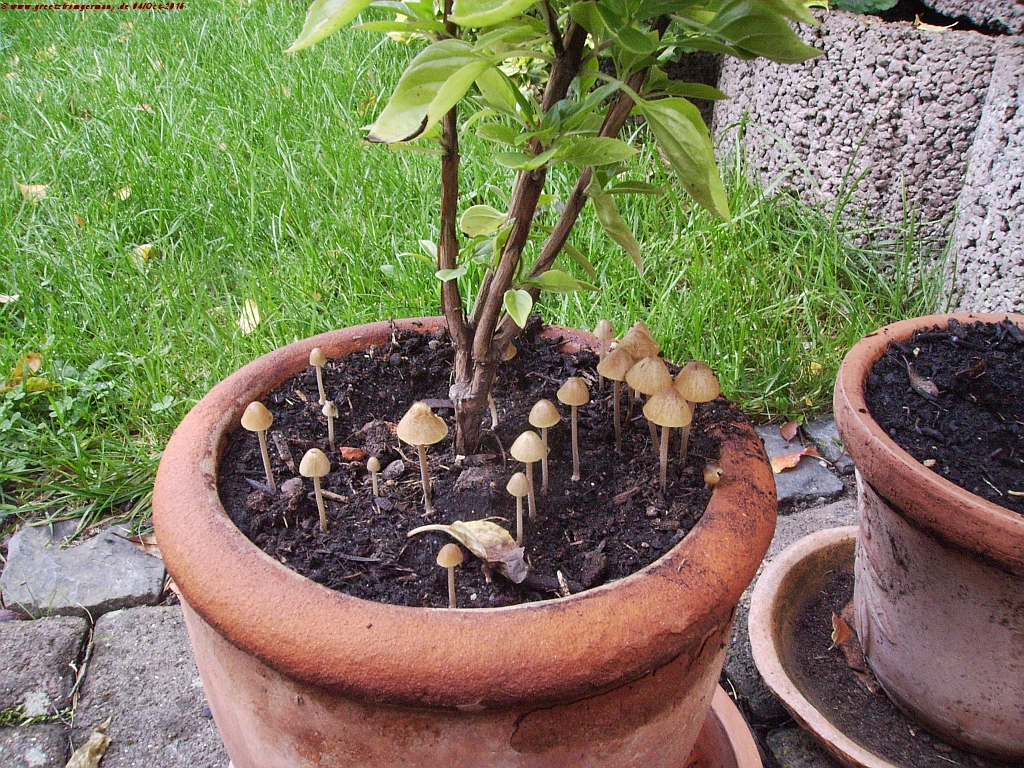