The caravan moves further East for exploring the second day of the trip. 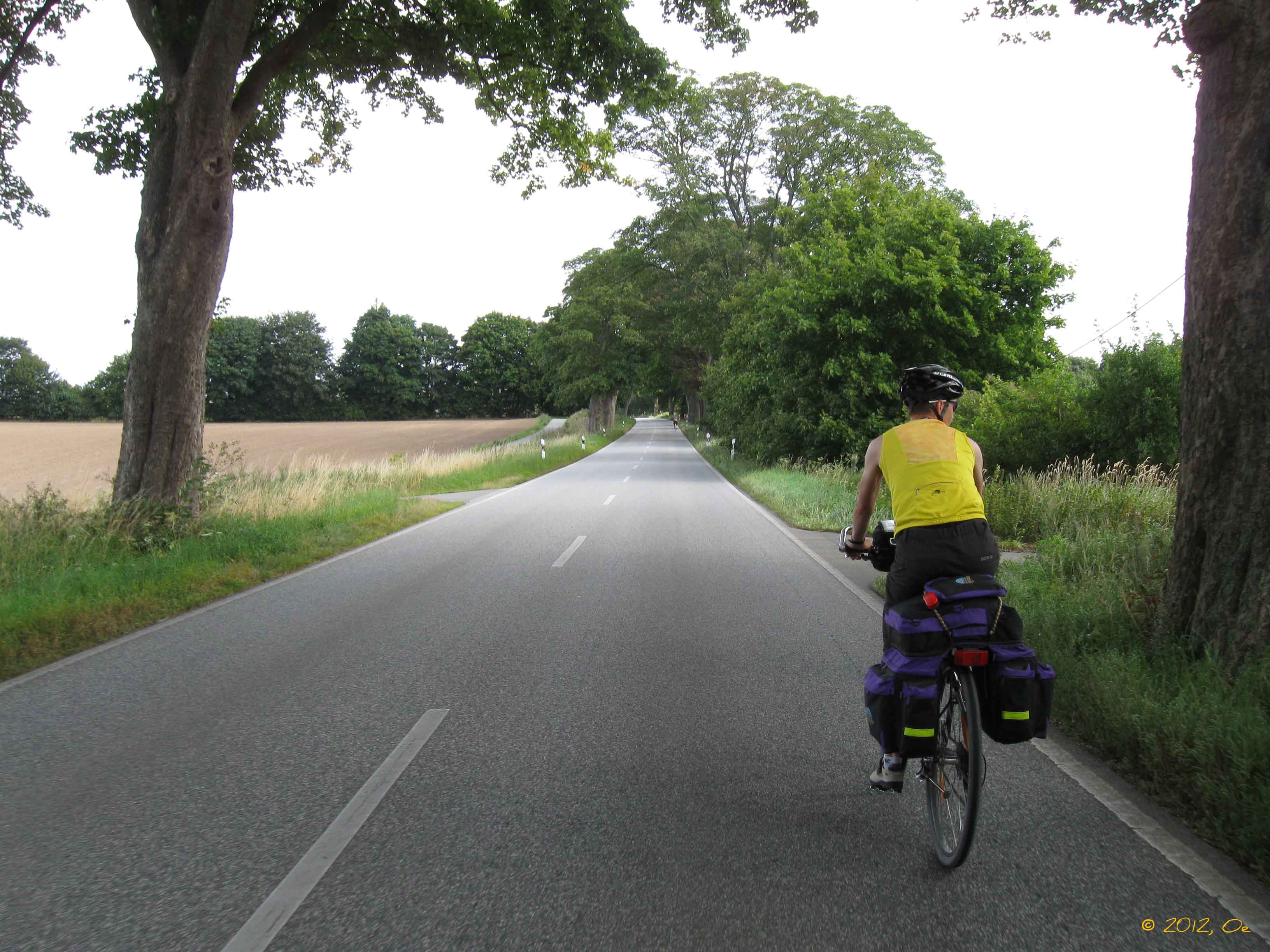 Today’s route crossed the former border between to what used to be the GDR until 1990, leading into the state of Mecklenburg-Vorpommern. More explicitly: Nordwestmecklenburg (NWM). And although it has the word „West“ in it, it greeting with a lot of very stereotypical Eastern, GDR sights:

You know immediately that you crossed the former border to the little village of Schlagsdorf in NWM, probably named in some sort of linguistic resemblance to „Schlag“ or „Schlagbaum“ (turnpike or toll bar)? Anyways, in times of the Cold War still going on, this was really a forelorn area as it was located in the area restricted by military and only, no going to and from even from the GDR side of the country without official „Passierschein“ (passing permit). GDR’s military border construction as depicted by Federal Border Guard – such schematics were distributed along the inner-German border until 1989 (drawing taken from www.grenzhus.de)

Schlagsbaum greeted us today still with something that was very prone to cause ocular cancer: former (Russian? NVA?) barracks built as typical „Platte“, i.e. out of ugly grey pre-cast concrete slabs.

Lopsided, neglected farming and private houses, sometimes apparently still inhabited although you would think that any form of habitation, let alone by human beings, must have been given up long ago, judging by the completely run-down, decrepit state of the remnants. 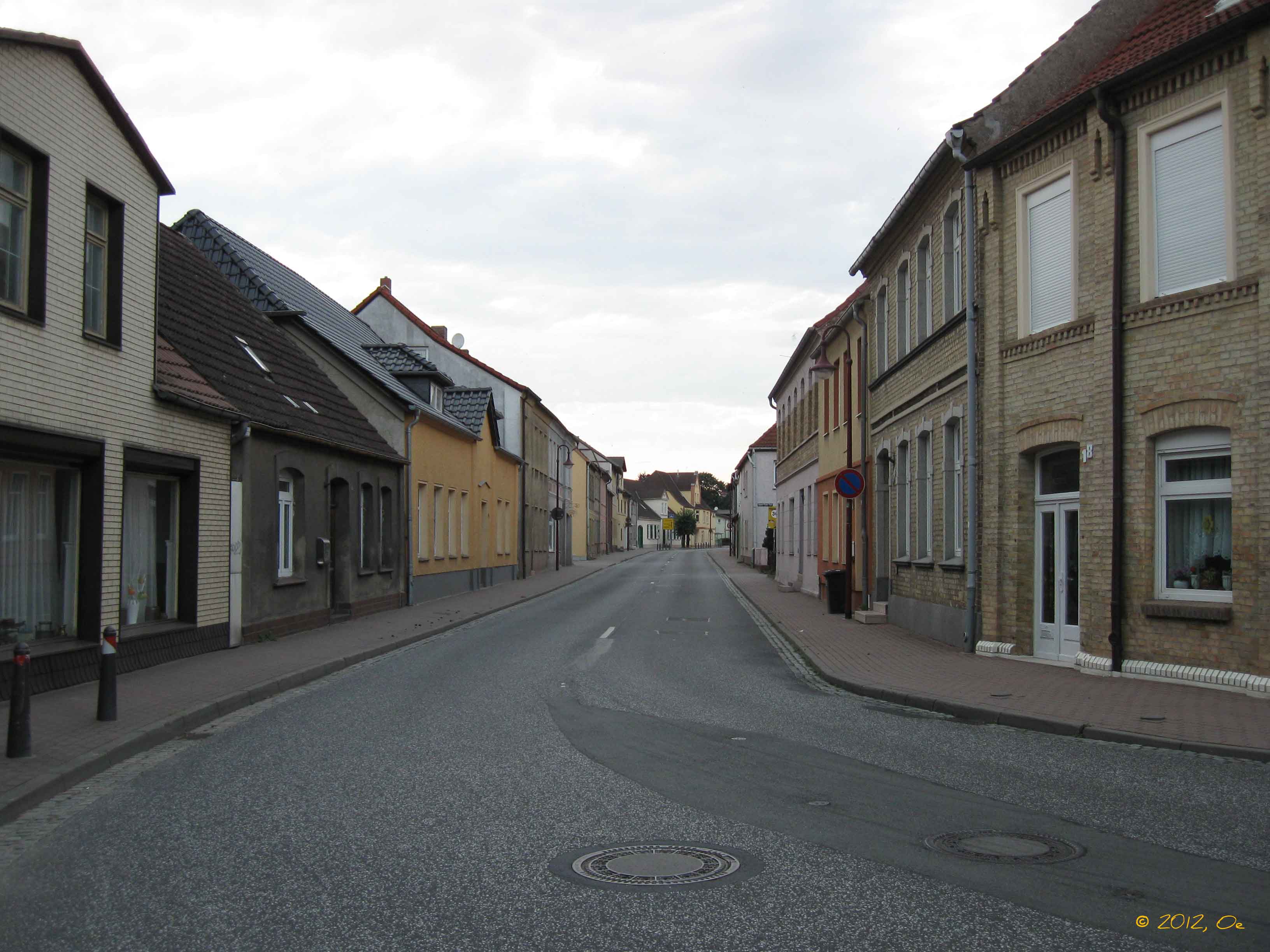 Even in the bigger cities there seems to be a radical shortage of paint and mortar still – somehow really depressing. 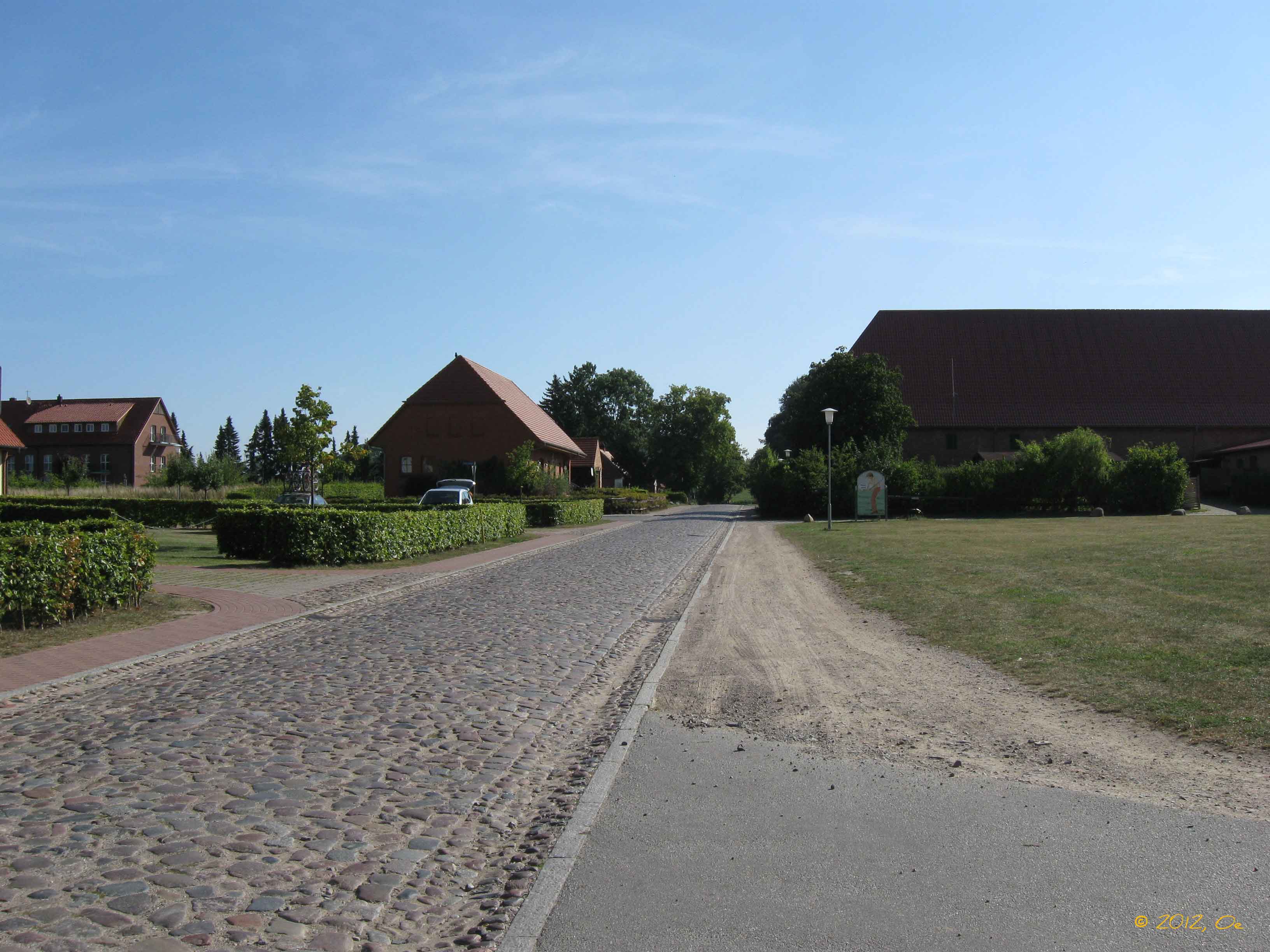 One of the old cobble stone roads that were actually in pretty good shape ...

Really bad road surfaces of which the ones made of concrete are the better ones. The cobble stone roads are made of stones of completely irregular shapes and the size of an adult’s head. And the roads they apparently tried to cover with some sort of GDR pavement, a mixture of sand and concrete and tar?, are real bone shakers that make you hope for a nice relaxing stretch of cobble stone to roll on soon. 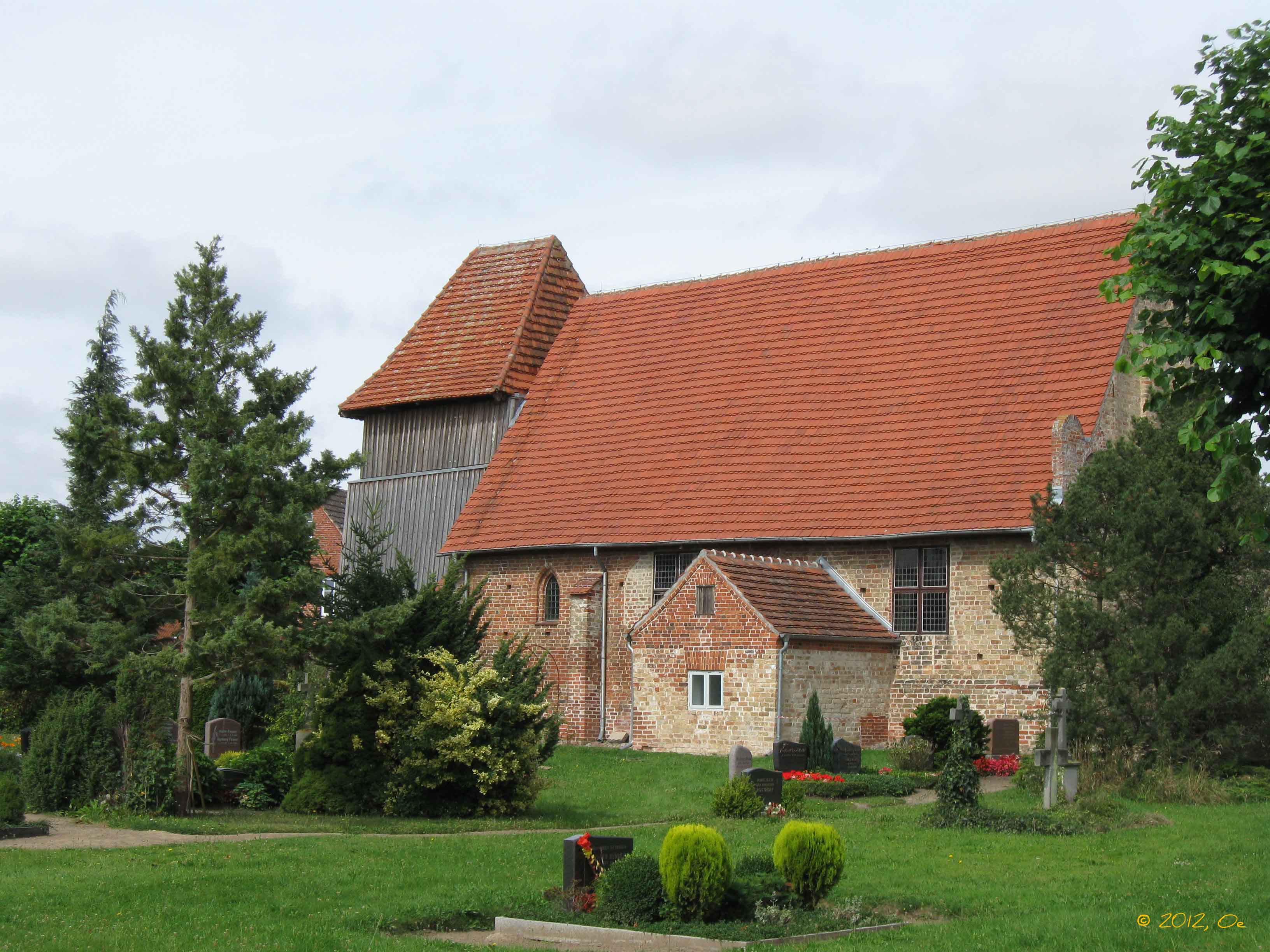 However, there were other, very lovely and cute sights and things:

Very many very special (or rather: typical, but only there) brown and brick stone churches, many of them already restored or under restoration, done with a lot of love and fondness.

Nicely restored private buildings that breathed the essence of what we call „Gemütlichkeit“ over here: 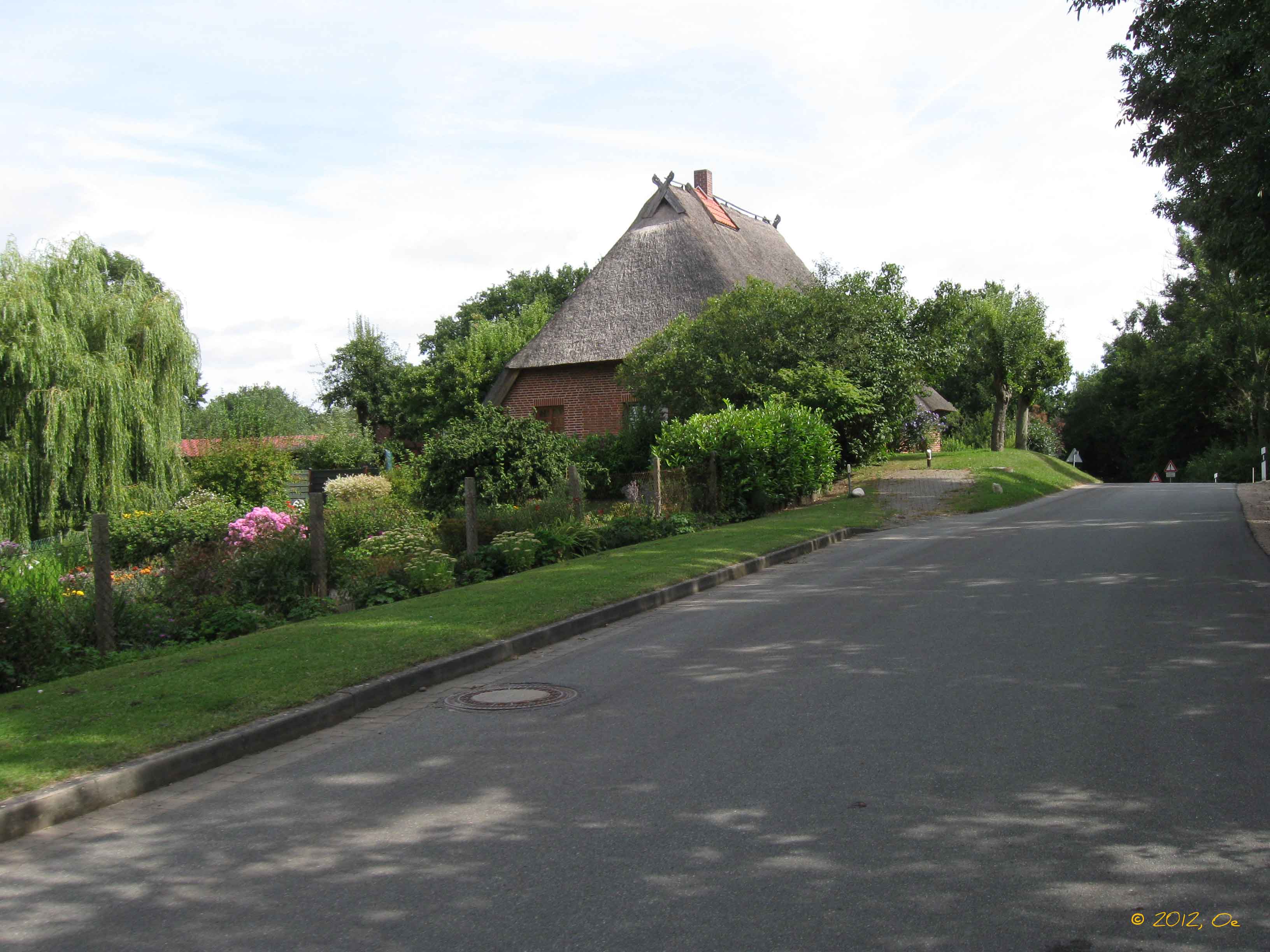 Beautiful gardens, tended to with great care and taste: 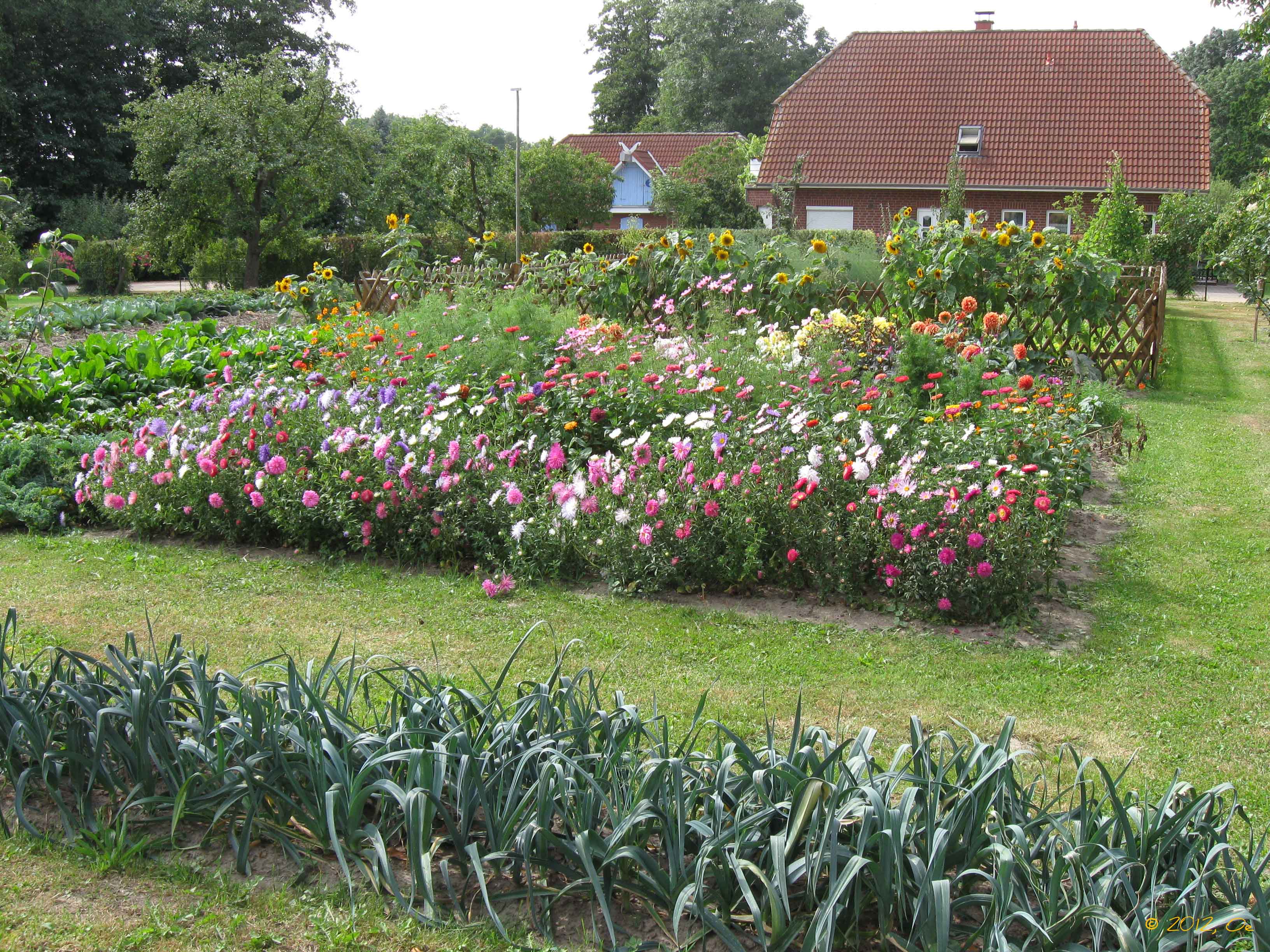 And very peculiar little timbered or half-timbered bus shelters. I did not check the bus schedule, but my guess would be that busses don’t run that often. So it might be for a very good reason that the bus shelters are built that sturdy. I am simply guessing from some other leads. 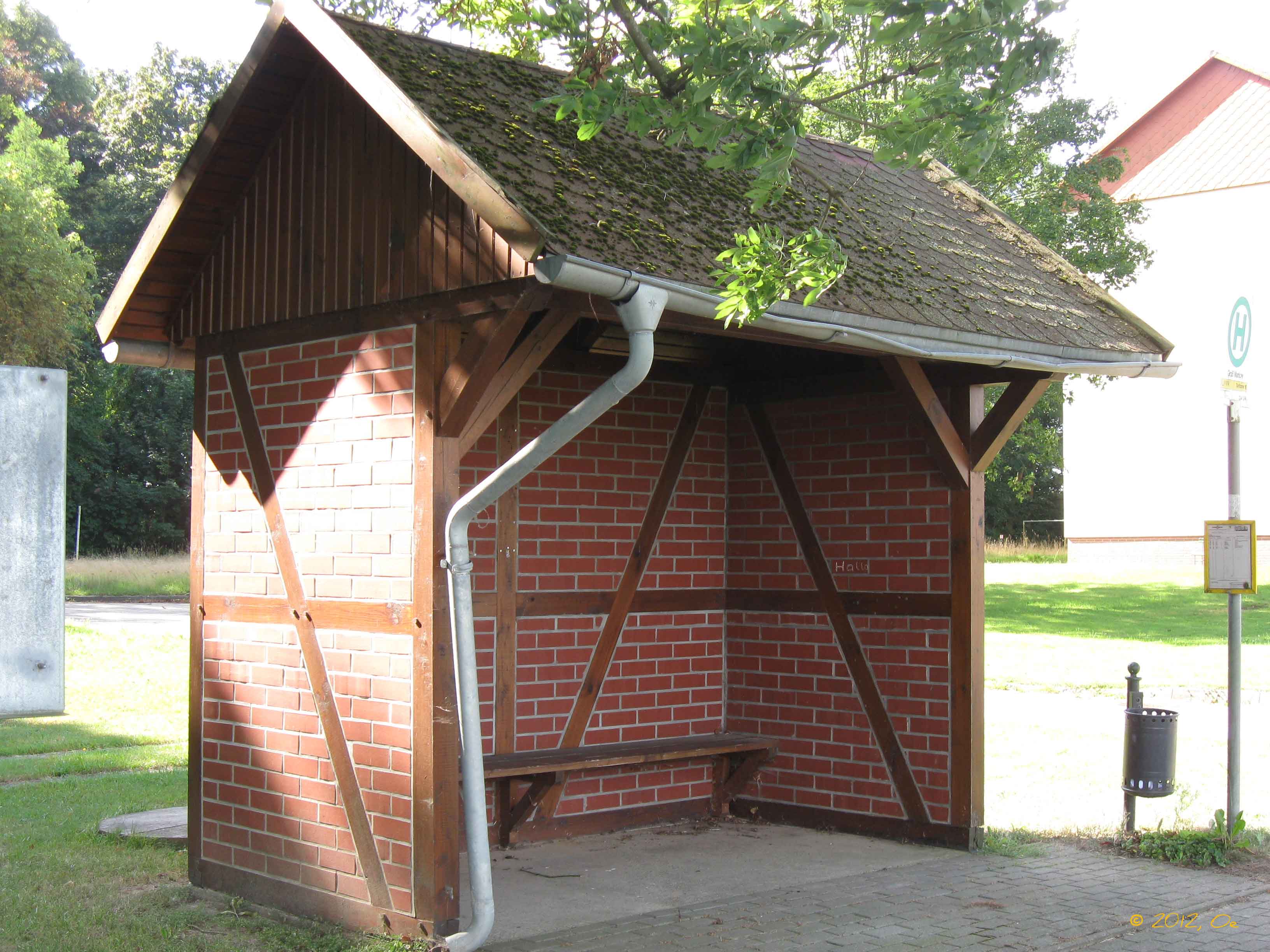 E.g. from the fact that everyone seems to be using some sort of personal motorized vehicel – although it remained a complete mystery throughout the whole day where they get the gas for their cars: We did not find a single filling station – which was a pretty bad thing as we were in dire need for some sort of road map:

Garmin had left us confused when it told us first that the „shortcut“ to Warin, cutting off the original plan of riding through Schwerin, would be only 31k from where we were at the time. After about an hour of riding, i.e. some 17K later, Garmin grinned an „only 45 km left till Warin“ at us. 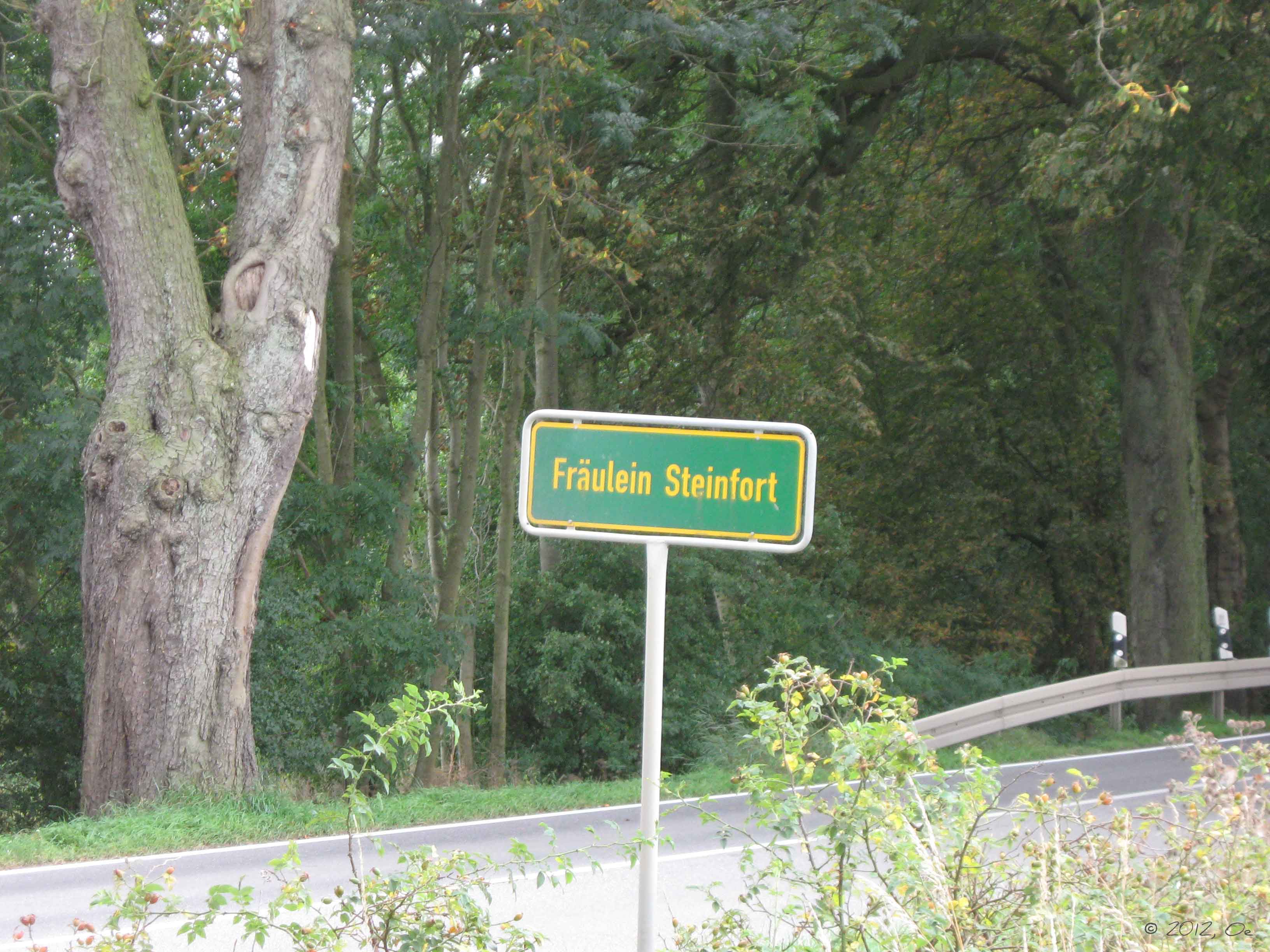 Although it's a Fräulein, too, this one was not of the particularly friendly kind as it was on route of our huge, unplanned for detour

The most impressive thing, however: Whenever we did meet people (which was not that often, admittedly), they turned out to be extremely friendly and likeable – way more so than the constantly hectic and importance-sweating urbanites (and those who want to come across as such) in the cities of the „old states“ of Germany. That was such a refreshing and, I admitted, unexpected experience. 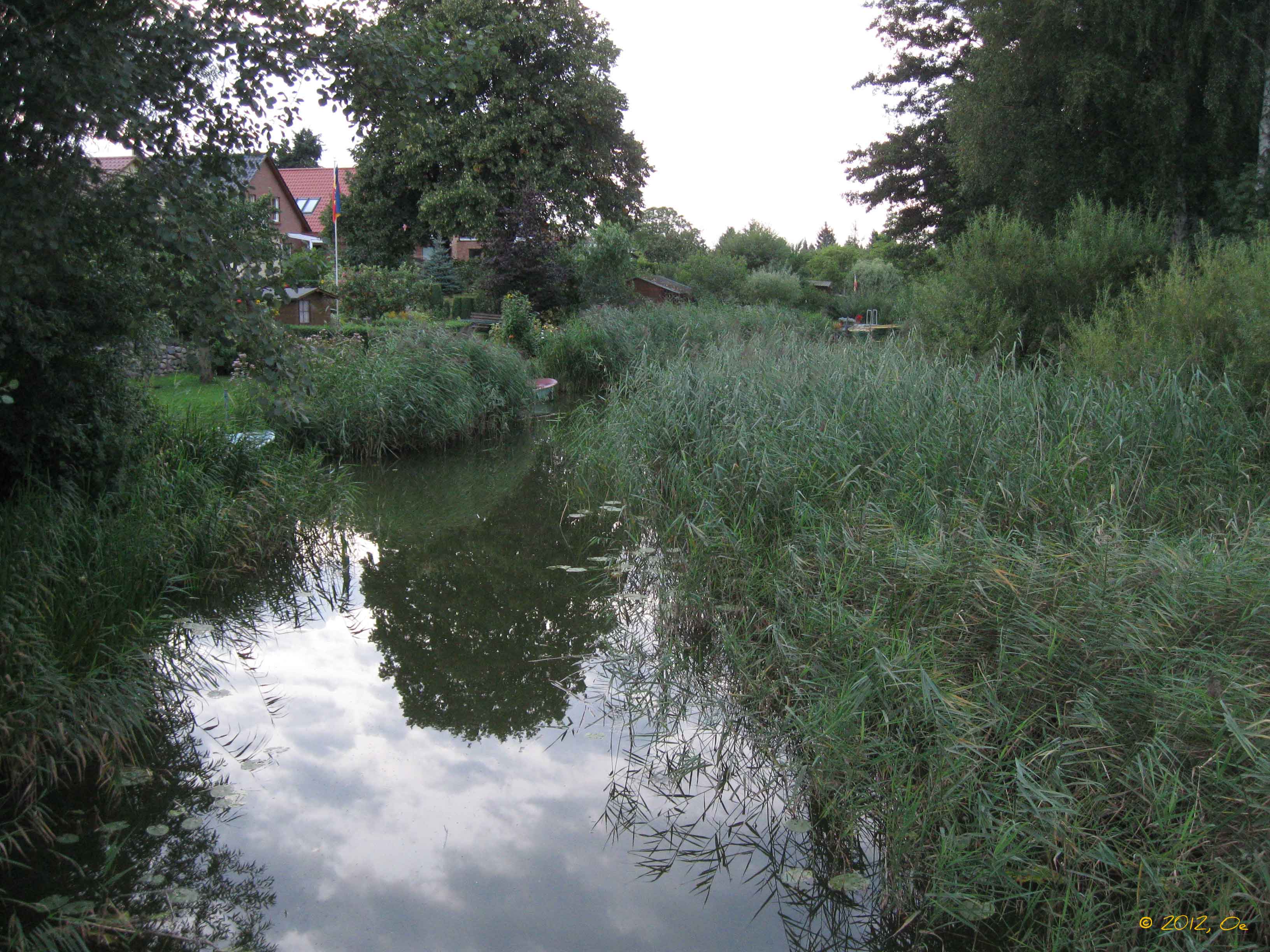 And it was our life saver today. Rather: This friendly young lady on a bike was our life saver when we stopped her cold in her tracks (as she was the first person we had seen in hours and feared it would be the last one for hours to come, too) to ask directions. Which she did not know either, but spontaneously suggested to ride back to her Mom’s house in the middle of nowhere (and hence not far from where we met her) to get directions – and the copies of two pages of a road atlas.

No idea how else we would have made it through that day and to our reserved hotel in Warin. I certainly wouldn’t have had the strength and energy to take an evening stroll around Warin and enjoy the calm and peaceful atmosphere of this far-away little town that is in fact so close to the humming buzz of, say, Hamburg still.