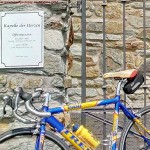 Today: A day full of sunshine, after all these horrible thunderstorms with rain and hail, enough to have several people die in flooded streets and cars in Southern Germany last week. It was Rain from Hell and no weather to be caught in a car (which, unfortunately, was literally the fate of some folks who got trapped or worse).

Certainly, today’s weather was perfect for being caught on the bike, though.

And although today is just a regular work day, the blogger took the liberty to get away from the desk for a few hours and go for a nice and calm spin throught the hills and fields of the Taunus countryside. 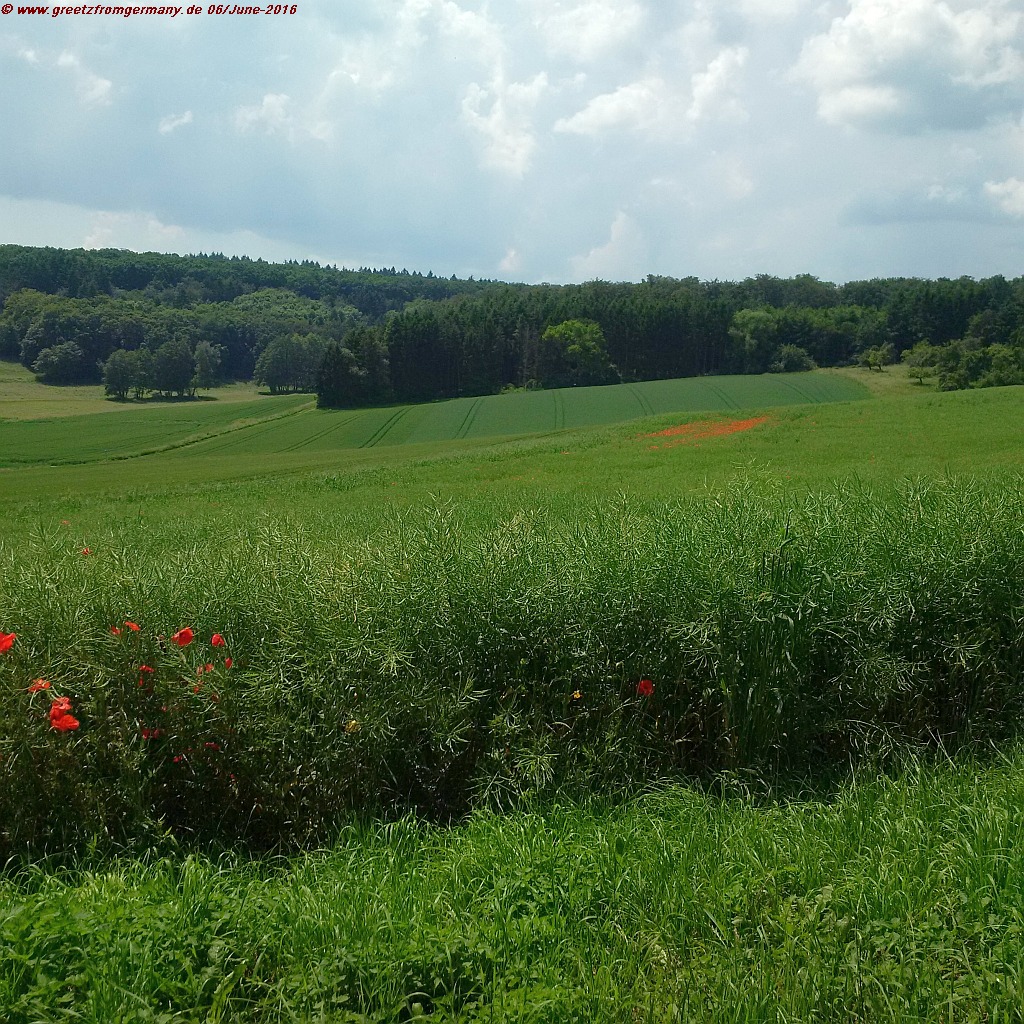 What better day than such a lazy one to go and finally check out this ominous Chapel of Hearts in the tiny village of Wallrabenstein which is usually just looked at in passing, as the uphill it sits on is always good for a bit of racing when riding with others. But today and being by herself, the blogger looks forward to finally exploring the chapel’s history, architecture, potentially art work inside? 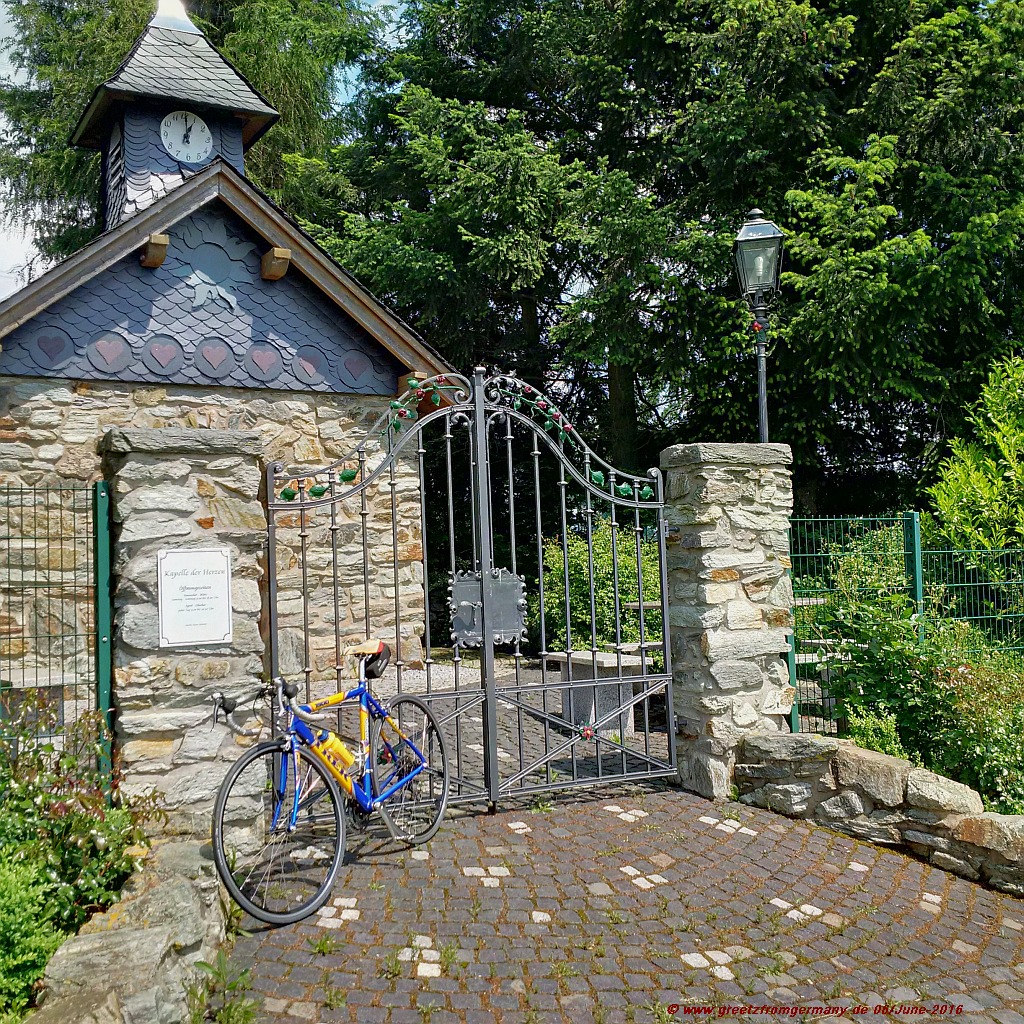 Chapel of Hearts, close to the little Taunus village of Wallrabenstein

Well, whoever is the gate keeper of this Chapel of Hearts apparently had a change of heart: Despite the promising sign, the iron gates remained locked – and the blogger outside, still in speculation about who built this tiny and unusual chapel when and why, and why at this rather remote spot. 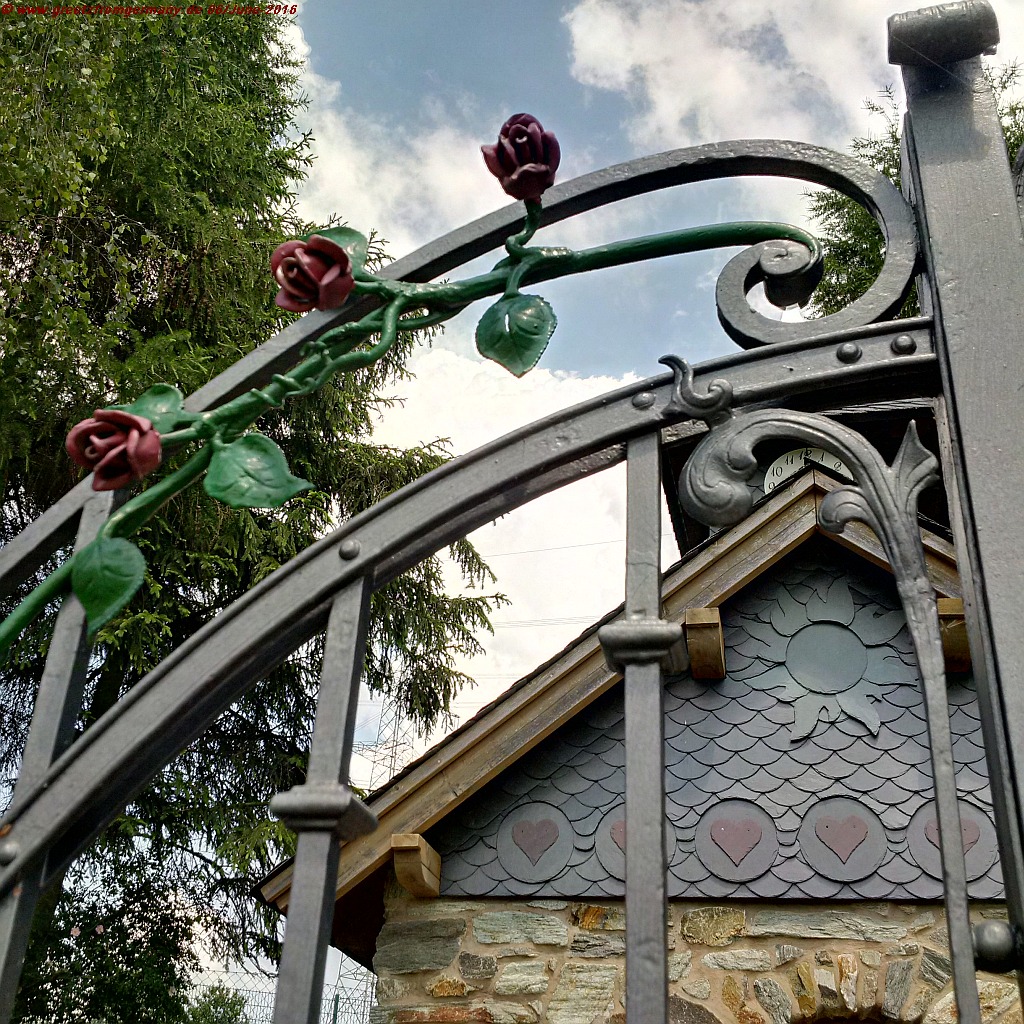 … to be continued? Hopefully, if the doors will at some point be open – because the internet does not know anything about this marvel and thus leaves it to anyone interested to find out for his- or herself.