Somehow and without aiming at it, there seems to be theme in my biking tours these days: „Crystal Waters“ not only comes to mind in the meaning of „clear and healthy to drink“ as was the case when I was biking to the ancient Roman springs and to the home of Selters mineral water.

No, Crystal Waters, the singer was rewinding her „lalalee lala la“ in my mind all through my tour today.

The hauting melody was started when reaching the point where already in medieval times a so-called „gypsystick“ marked the border of the Nassau-Idstein county, the „Bechtheimer Schlag“ – with the German word „Schlag“ pointing back to „Schlagbaum“ which is toll bar in English.

Because way back then in the middle ages and after, the street running from further North all the way South to the important trade cities of Wiesbaden and Mainz, the access city to the river Rhine, was a significant source of the wealth of the Nassau dynasty: Here, the tradesmen received the right of way only after paying customs. And gypsy folks and other „riffraff“ (as the not-quite politically correct phrasing of the historic information panel states) were filtered out of the traffic and often prohibited to pass into Nassau-Idstein. 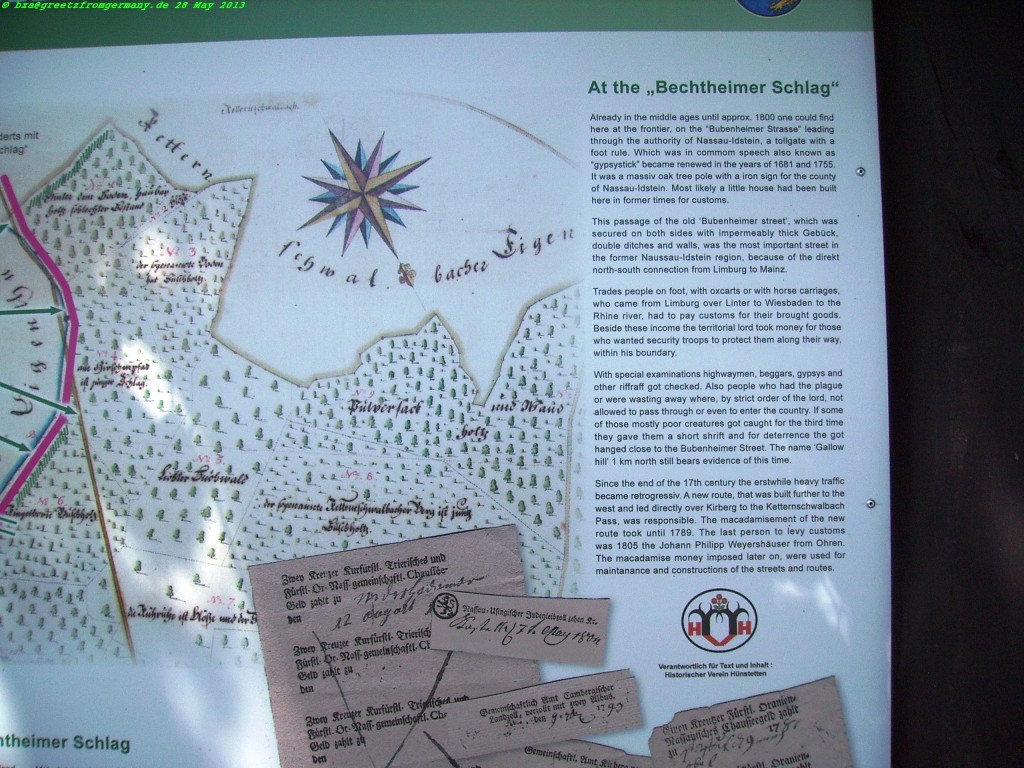 At the "Bechtheimer Schlag", the former border of Nassau-Idstein (click to enlarge and read text)

Later, the gypsy stick (originally put in by gypsies for marking the way for others, often included coded messages carved into the wood) was replaced by a massive oak pole that marked the site. It is to be doubted that the uprooted tree in the background of this picture has anything to do with it, still. 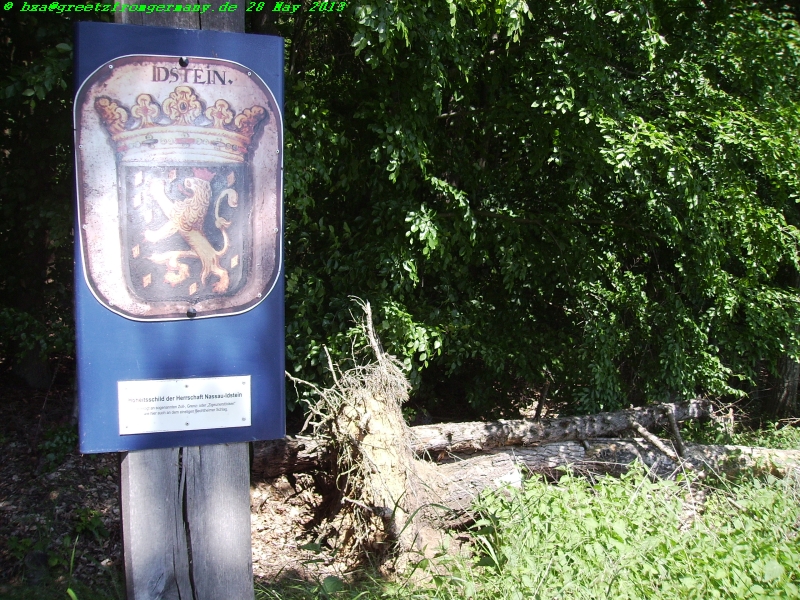 However, it’s nice that most of the former „Gebück“, a thickness of bushes and double ditches that framed the „Bechtheimer Schlag“ passageway in the old days, is not growing here any longer. Else, it would not be possible to take the beautiful landscape in as we bikers can (and do) nowadays – trailing the way of the medieval Gypsy women (and men) at our leisure only. 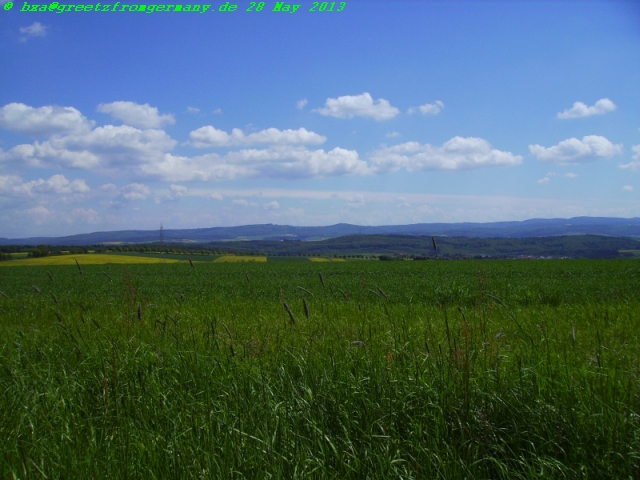