This year, the weather still does not necessarily call for carrying many and tall big bottles of water with you when going for a longer ride. Yet, it may be worth a mental note that not only in the area of Selters, but also when going to the river Aar (more specifically: to the little town of Burgschwalbach) there is a good spot at which to get a re-fill of the bidons. And even a healthy one:

Take the little bike path alongside the river Aar and it will carry you to a spot where you should leave your bike and walk a few hundred yards into the woods to what has been Johannisbrunnen (John’s Well) until the then-owner, Apollinaris, closed the bottling business in the 1960s. 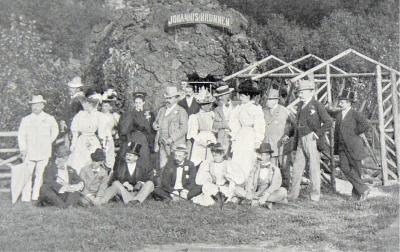 What an honor: Prince Edward VII of England came out to Johannisbrunnen in the early 20th century when staying at a spa resort in nearby Wiesbaden

Until then, especially in from the 1890s on, the water from Johannisbrunnen has been exported as „King of Table Waters“ into the British colonies – because ownership of the well was with the British government; and some 2.5 million bottles of the „King“ were filled annually. Obviously, World War I ended this business as it was based on the colonies.

The much older well is much easier accessible still – plus: the water quality is still controlled and, hence, great for more than splashing the biker’s sweaty face after a strenuous ride up the Taunus hills around:

Right at the bike path, there is an old Roman acidulous spring which was encased as long ago as in 1583. 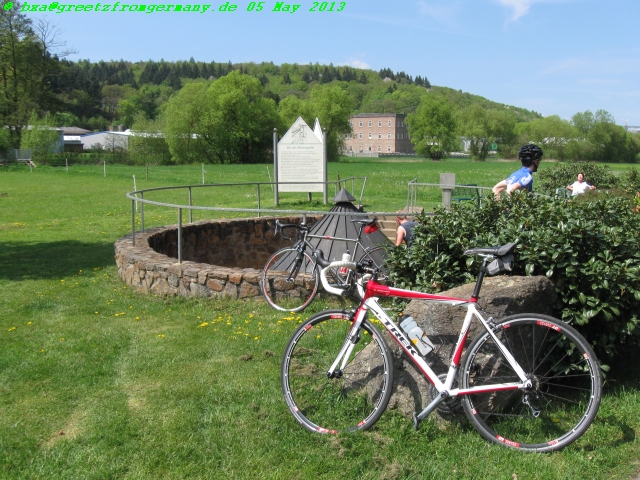 Biker's Refreshment only steps away: You can't miss the encasement of the Roman well when riding on the Aar bike path near Burgschwalbach

The water was perceived as so exceptionally good not only for one’s well-being but also for fertility. It remains somewhat enigmatic, though, why in 1584 Burgschwalbach’s Christmas present to Count Albrecht von Nassau-Weilburg-Ottweiler – the sponsor of the well’s encasement costs – were six jugs of water from this well:

At this time, his wife Anna von Nassau-Dillenburg had given birth to 14 of Albrecht’s children already. Somehow, this sheds a new light on Genesis 26:12-19 and the Ancient Wells of Living Waters told about therein. 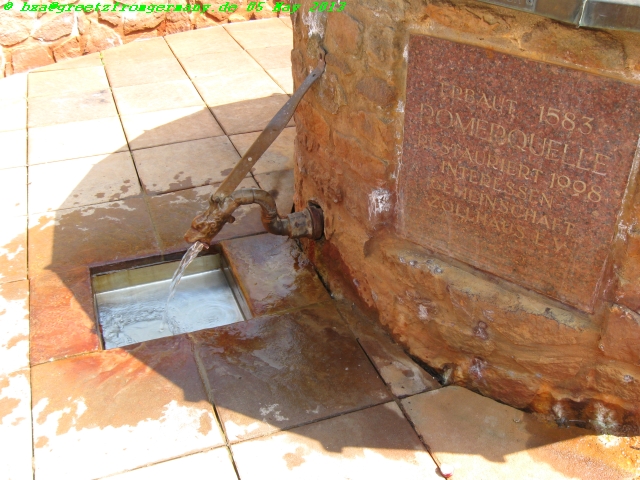 Caution: The aciduous water from "Römerquelle" was praised not only as being good for your overall well-being, but especially as "enhancing the fertility"